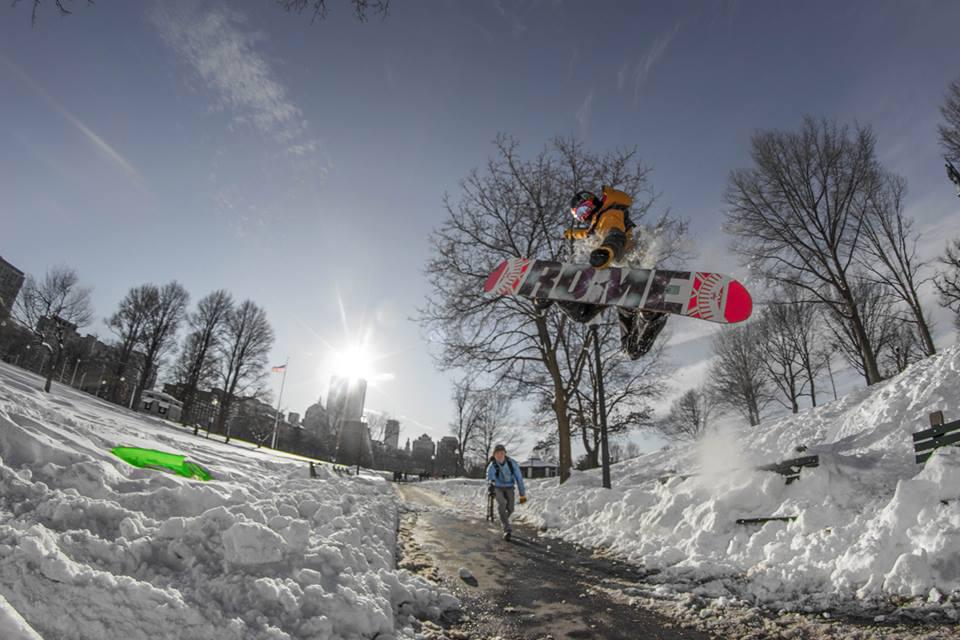 As the threat of snow and icy cold looms over the heads of most students, a group of Emerson snowboarders is not only looking forward to hitting the slopes, but also gearing up for the potential of becoming a recognized club program.

Headed by sophomore visual and media arts major Alex Sheppard, the team will be competing in multiple events at various mountains throughout southern Vermont.

Sheppard started snowboarding eight years ago, and said that after a rough start, he got much better and really began liking it.

“I started a high school team my sophomore year, and I found that it brought the snowboard community together and it helped a lot of kids,” Sheppard said. “It gave them something to work for.”

Last year, Sheppard said he went to the United States Collegiate Ski and Snowboarding Association competitions all throughout New England by himself as a representative of Emerson College, even though the school is not recognized as a member by that organization. He went on to place fourth at Nationals in Mt. Bachelor, Oregon.

This year, he said he hopes to bring more people together and create a sense of camaraderie.

“It’s an individual sport, but making it into a team sport is awesome,” he said.

Another snowboarder, sophomore visual and media arts major Blake Greenawalt, said he’s been hitting the slopes for about seven years, and began doing so seriously as a sophomore in high school.

“I love how fast you can go and not really have to worry about falling,” Greenawalt said. “I can really zoom down as fast as I want and gliding on snow is just so much fun.”

Greenawalt said that snowboarding is an expensive sport. Boards can cost anywhere from $300-800, bindings and boots $100-300, and once transportation and passes are added on top of the equipment, it’s a large financial commitment. However, according to Greenawalt, that doesn’t diminish his hopes.

“I’m definitely excited to see this [team] happen,” he said. “I hope it really comes through, and that we can fundraise so that people aren’t paying out of pocket.”

The team isn’t officially recognized by the athletic department, but Sheppard said he’s in the process of achieving that title. He said that a meeting with the athletic staff is in the future, but he aims to have accumulated a significant number of members before presenting the idea.

Sophomore visual and media arts major Hayley Joseph is another member of the group. She said she has been skiing since she was four, but picked up snowboarding as a freshman in high school.

“Even though, physically, [snowboarding’s] a lot more restricting, it feels a lot more freeing than skiing ever did for me,” Joseph said. “I longboard too, and the two go hand-in-hand in terms of the motion.”

Joseph is eager to continue learning the ins and outs of snowboarding as she works with Sheppard, Greenawalt, and all other thirteen members of the snowboarding squad.

“Obviously chemistry is one of the most important things for any sports team, and I think we’d have great chemistry,” Greenawalt said.

Joseph said she has big hopes for the team, and their potential success in future competitions across New England.

“We might have a slow first year,” Joseph said. “But if we do get out to these mountains and show that Emerson Snowboarding isn’t kidding, then hopefully that will attract more people.”