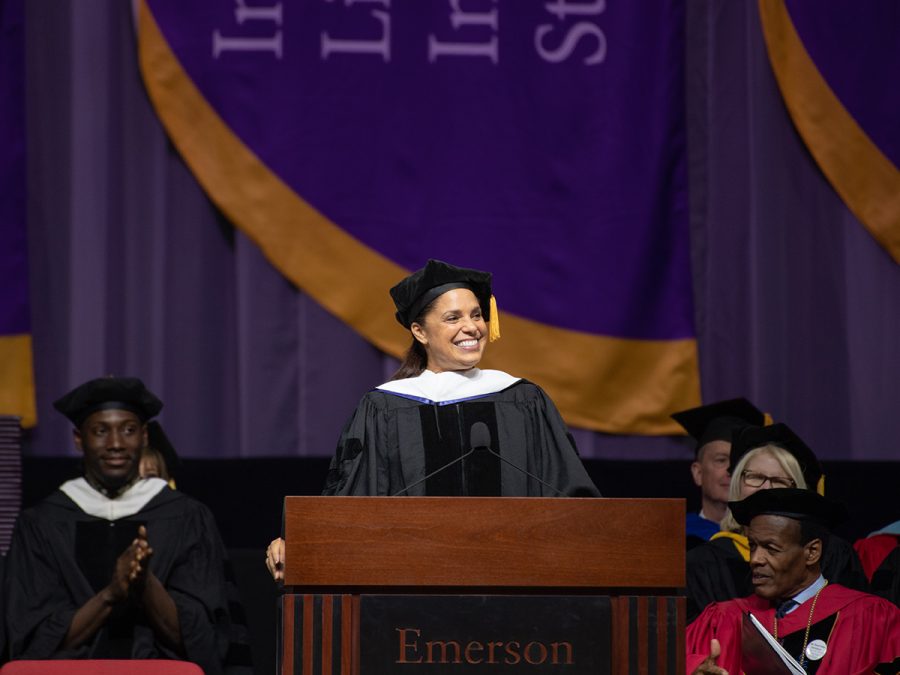 As college students, the driving force to get us through 8 a.m. classes, midterm exams, and the ever-rising tuition rate is the monumental closing event of our college experience: graduation. But since the pandemic made large social gatherings virtually impossible, the loss of in-person graduation is another important memory lost for Emerson seniors, even as other colleges in Boston are moving forward with in-person ceremonies.

A virtual commencement ceremony for the class of 2021 is set to be held during May’s “Emerson Week,” along with a celebration ceremony for the class of 2020, whose commencement was postponed in July. One can reasonably assume the college would prefer to hold an in-person commencement if it were not for COVID-19, but this doesn’t make the news any less disappointing to seniors, especially as their friends at other area institutions prepare for in-person celebrations at America’s oldest ballpark. To that end, it would be foolish not to recognize that by not having an in-person ceremony, the college is poised to save thousands of dollars.

In a normal semester, commencement is held at Boston University’s Agganis Arena. Under current state social distancing guidelines, the arena can hold 850 attendees. Surely Emerson could split its graduating class of about 900 students in two and safely hold the commencement ceremony students who have paid hundreds of thousands of dollars to earn their degrees at the college deserve.

It’s understandable that Emerson may be hesitant to take a chance on an in-person ceremony, just as vaccines are rolling out more rapidly and we are beginning to see the light at the end of the tunnel for this pandemic. However, it’s hard for seniors to ignore the various colleges in the area that are announcing their upcoming in-person graduation ceremonies.

Boston University, Northeastern University, Suffolk University, and the University of Massachusetts Amherst all have in-person ceremonies planned that will be held outdoors, all with testing requirements, mask-wearing, and other safety guidelines in place. There is also the option to omit guests. Friends and family aren’t given the option to attend UMass Amherst’s graduation ceremony this year, and we think Emerson should consider a similar option if that is the cost to have an in-person option.

Certainly, we know and expect the college will continue to remain compliant with state and federal guidelines. While large gatherings still pose risks, it’s clear that masking, social distancing, and other measures work. The NFL made it through an entire season with in-person spectators at stadiums in jurisdictions that allowed them without any superspreader events. And just this week Massachusetts moved into Phase 4 Step 1 of reopening, allowing for 12 percent capacity at indoor and outdoor venues.

Unlike parties and superspreader events that continue to result in many positive cases over the past few months, most (if not all) in-person graduations will be outside and socially distanced this year. This is because it is 20 times less likely to transmit the virus outside than it is in person.

COVID-19 cases have plateaued in the state and the vaccination rate has sped up rapidly in recent weeks. We’ve already had to give up so much during the past year. This isn’t just another party we will be missing out on—it’s our graduation, the moment many students have waited for their entire life.

Seeing as numerous colleges and universities feel confident in their ability to host an in-person graduation, it raises the question of ‘Why not Emerson?’ Kean University, Brown University and Dartmouth College are all planning in-person ceremonies. Meanwhile, Emerson students look back on the hundreds of thousands of dollars they spent to study at this college, many wondering if an in-person graduation could have been possible after all.

Take Boston University, for example, which will hold an in-person Commencement on May 16 at Nickerson Field for their graduating class, allowing friends and family virtual access to the ceremony. Meanwhile, Northwestern University and Emerson’s cross-common rival Suffolk plan to hold ceremonies at Fenway Park.

Emerson’s COVID-19 response has, for the most part, held up. Aside from a few busted dorm parties, there haven’t been any major superspreader events since the pandemic began. Students are now tested twice a week and are constantly monitoring their symptoms. Biden expects all adults to be eligible for the COVID vaccine by May 1, so why not even consider a delayed, socially distanced graduation?

We understand guidance can change quickly and what might be allowed today may not be an option tomorrow. As the stars begin to align in the right direction, we must adapt to the new normal. Emerson seniors deserve the creativity that would be required by an in-person graduation. Perhaps another postponement is in place to give room for a potential in-person commencement later this year.