Sister orgs join together for ha-has and harmonies 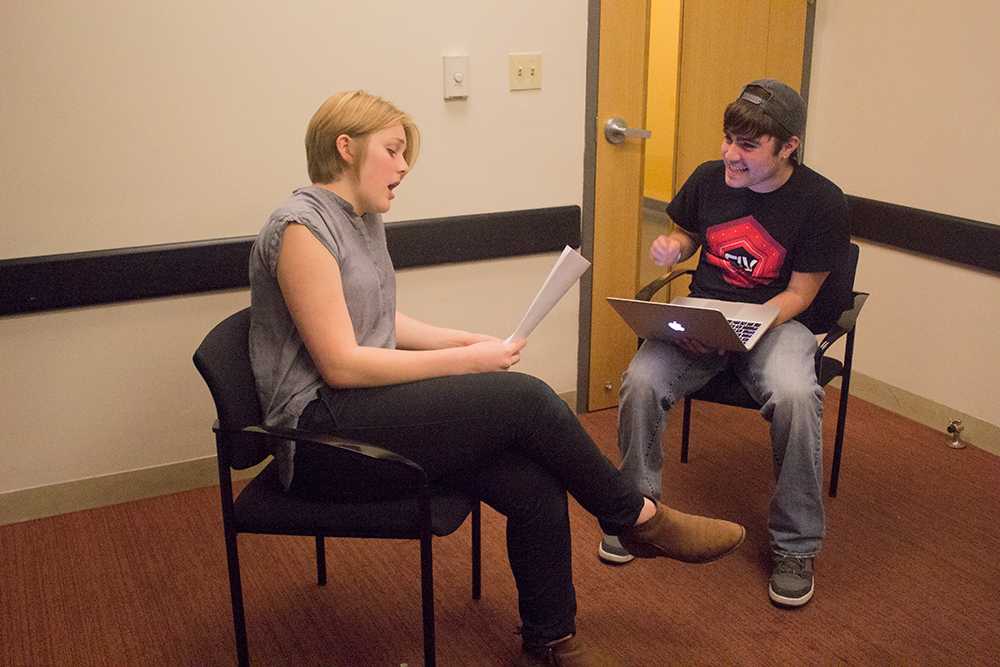 “We’re hosting Stuff and Sings to give our new members a way to perform with us right off the bat and to encourage other Emerson groups to come together in the spirit of unity,” Baker said.

“The main goal of the event is just to give audiences a fun night with a wide variety of forms of entertainment,” Altschiller said.

According to Baker, Achoired Taste and Police Geese have always been “sister orgs.” Altschiller said that the a capella group and the comedy troupe have shared certain members for four years. As a member of both clubs, Altschiller was the catalyst that brought the two together.

“[Stuff and Sings] started out as a joke between Achoired Taste and Police Geese,” Altschiller said. “We thought it’d be fun to have an event with these two worlds that don’t really get a chance to hang out with each other.”

Altschiller said that the turnout for the function was way greater than she had anticipated.

“Once I got the event up, I’ve had this big swell of people who contacted me to sign up to perform, which was really exciting,” Altschiller said.

No auditions were held for the event. As a result, everyone who wanted to perform was welcomed. Even freshman Josiah Seet, who said he signed up just hours before doors opened, was able to sing his rendition of “Hallelujah” by Leonard Cohen for the audience.

Police Geese opened the show with a sketch involving a superhero audition, DIY towel capes, and a dance party to “Conga” by Gloria Estefan, featuring some of its newly-admitted members.

As the first one-man set of the night, sophomore Devin Francis took the stage and performed stand up comedy with punchlines like, “Hell is a McDonald’s in a Walmart in Oklahoma City.”

“I’m kind of like ‘South Park’ but mixed with ‘Daria,’” Francis said.

A round of laughter was replaced by a wave of silence as Noteworthy took the stage and sang an a cappella version of “Use Me Up” by Lake Street Dive. The set was followed by an acoustic performance of Taylor Swift’s “Out of the Woods” by quartet Mary Baker, Julie Poulain, Marissa Bracker, and Zack Autieri.

“It was so cool going from comedy to singing,” freshman audience member Peyton Incollingo said. “The singing was beautiful and the comedy was so funny. I was laughing and crying at the same time.”

Freshman Erin Krinsky, one of the three new members of Achoired Taste, joined the club veterans with Mumford and Son’s “Little Lion Man” and “Mr. Brightside” by the Killers.

“I was a little nervous but [the show] was very exciting. [The members of Achoired Taste] are so welcoming and sweet,” Krinsky said.

Duo Jessica Kasparian and Marissa Bracker, also in the a cappella group, sang an acoustic version of “You and I” by Ingrid Michaelson. Both Kasparian and Bracker said that while they were eager to perform with each other, they were more excited about working with the newly-admitted members of Achoired Taste.

“We already have the songs that we’ve been practicing in the years past, so it’s just the new members that have to practice them,” Bracker said. “They learned very quickly.”