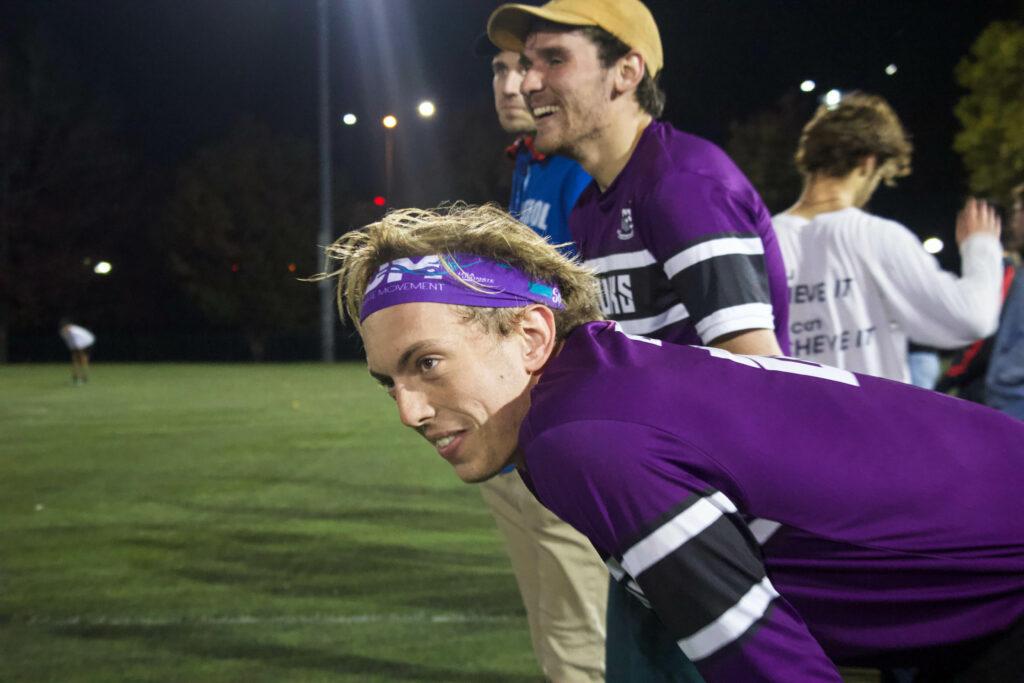 When Emerson announced the college would be closing its campus and moving to online learning in March, the ultimate disc team’s spring season was about to begin.

The Skunks, who received school-affiliated org status from Student Engagement and Leadership in fall 2019, had been waiting to begin practices due to poor weather.

“Since we have to practice on [Boston] Common, usually the Common is not in the greatest shape coming off of winter,” captain Jared Merrifield said in a phone interview with The Beacon from Maine. “So usually it takes a couple extra weeks for it to not be a mud pit, to risk injuries or anything like that.”

Merrifield said the team practiced only once before Emerson announced the Boston campus’ closure, as they planned to come back from spring break and begin their usual schedule. The team previously scheduled two tournaments and an alumni game in the spring.

Despite having to vacate campus and return to their respective homes, the skunks are staying connected and maintaining a sense of community. Captain Tori Purcell said the team chats pretty much every day over social media or Zoom calls.

“We have a [Facebook] Messenger group chat, where everyone’s a part of it, and every day someone’s posting in there, whether it’s an article, or just something funny,” Purcell said in a phone interview with The Beacon from Boston. “And we also have a Snapchat, where people always post things like that. And then we’ve actually also been keeping up and doing Zoom calls for anyone who can.”

Freshman Tatum Jenkins joined the team this year and said she had been looking forward to developing as a team this season after the Skunks’ previous captains, seniors Kate Nelson and Cam Barth, both left for the Los Angeles campus after last fall.

Purcell said the team hoped to build on their success from the fall when they won the Northeast Mixed Regionals Division B championship. The new members the team gained at the winter organization fair added to the players’ high hopes for the season.

“There’s some excitement about adding new members,” Purcell said. “And you know, we were coming off of a pretty big win. So we were kind of hoping at this point to really teach [the new members] a lot more about the game.”

Although the skunks typically stays in touch over school breaks, Merrifield said they are staying more connected than usual.

“Even in the past, like last year, it felt like everyone went to summer and everyone was kind of like, ‘Oh, yeah, we still talk and text in the group chat,’ but nothing big,” Merrifield said. “But it feels like everyone’s a little bit more connected now, because it feels like we should still be at school. So staying on Zoom calls and really calling the group has been a lot more apparent.”

Jenkins said she personally has been doing her best to stay in touch with teammates in the past several weeks.

“Every week or every other week, I try and text everyone individually and kind of check in on everyone,” Jenkins said. “Because I know how difficult this is, to all be without each other, because at school, we’re literally together most of the time—we eat meals together, we go to the library together. Even though we’re a team, I would also consider us a family.”

Although it is difficult to practice frisbee without a partner, Purcell said it’s still important for team members to stay in shape.

“We definitely have encouraged our players to keep conditioning,” Purcell said. “I’ve been doing some at-home workout stuff just to keep in general running shape…. Unfortunately, there’s not too much frisbee going on. I know some of our players are able to bully their siblings into going out and throwing with them, but definitely, it’s been a little bit harder.”

“[Finding] cars and housing and stuff is much easier— it’s not like a stress thing,” Merrifield said. “I know for Kate [Nelson] and Cam [Barth] as captains, one of the things—before we were SGA-affiliated—finding housing and all that stuff was pretty stressful, I can imagine. So not having to worry about that one, making plans for tournaments is quite nice.”

Merrifield said the team hoped to play in summer tournaments in New Jersey and Maine, not as a school-affiliated team, but as  an independent group. However, he is now uncertain whether those tournaments will happen due to the COIVD-19 outbreak limiting large gatherings. As for the fall season, Merrifield said the team’s plans are dependent on the college’s decisions.

“I guess it kind of comes down to what the school is doing because obviously we can go back next semester to the plan of just doing everything like we normally do,” Merrifield said. “So obviously go to the org fair, try to get new members, and go from there. But even before that, I guess it kind of comes down to if we can start playing again this summer, which I don’t see as happening, but it’s obvious no one really knows at this point.”

Even though the team is unable to hold practices and play this spring, Purcell said she hopes people will see the Skunks as a team where anyone is welcome to join and learn, coming from any level of experience.

“One of our biggest goals is really to just have a place that anyone can come and be active,” Purcell said.

Correction: a previous version of this article incorrectly that the Skunks received school-affiliated org status from the Student Government Association. This has been corrected