Social media forces us to relive our relationships over and over 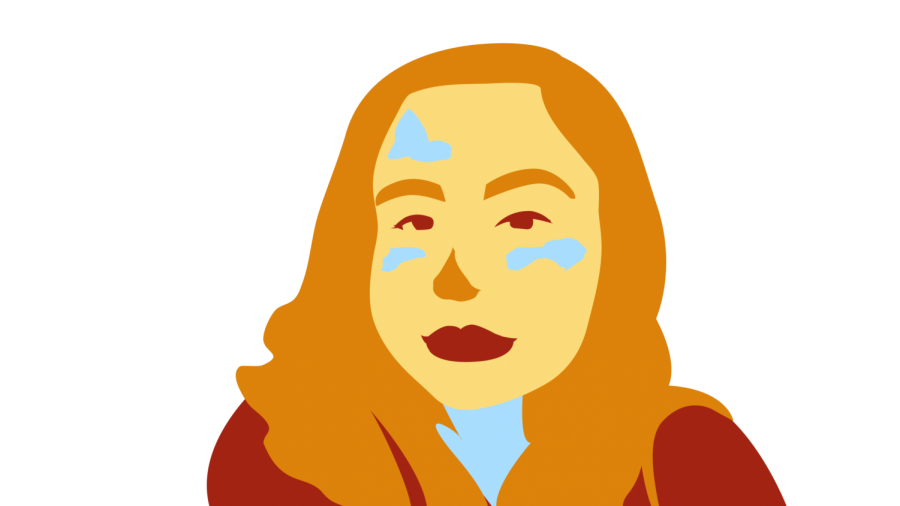 When relationships inevitably did disintegrate pre-social media, they were more easily forgettable. Now, even if someone is no longer in my life, they are still just a few clicks away.

With a simple Google search, I can find out the employer of my middle school crush, know that my high school boyfriend is pledging to a fraternity, and see photos of an old classmate’s newborn baby.

Social media sleuthing isn’t just limited to checking in on exes. It’s childhood friends, distant relatives, and co-workers. Internet stalking is a rabbit hole that everyone is bound to fall into at some point, even if accidentally. Curated search engine optimizations and “people you may know” lists constantly pop up on our screens, prompting us to remember people who would otherwise be background characters in our lives. Of course, in 2021, checking up on people from the past is pretty standard, but I can’t help but compare it to how people maintained their relationships even just ten years ago, and long before that.

It feels like before the 21st century, our relationships were more sincere. We actually had to pick up the phone and call someone to keep up contact. Now, young adults are used to forming friendships and maintaining relationships through technology and may sit back during an opportunity to connect with their peers in person. Author Sherry Turkle argues in her book Reclaiming Conversation that numbness to social interaction does not stem initially from Social Media communication. Turkel writes “We use technology to ‘dial down’ human conversation, to titrate its nature and extent. People avoid face-to-face conversation but are comforted by being in touch with people who are emotionally kept at bay.”

When relationships inevitably did disintegrate pre-social media, they were more easily forgettable. Now, even if someone is no longer in my life, they are still just a few clicks away. It may not seem that detrimental, but it is. The Anxiety and Depression Association of America have linked anxiety disorders directly to social media usage and 20 percent of social media users say they have to check at least one of their accounts every hour to avoid “feeling anxious.” It doesn’t help that basically every social platform reminds users about photos they took that day, but one or several years earlier. I can effortlessly scroll through a backlog of several months of old text messages and even wallow by laughing at memes someone sent me before we stopped talking for good.

When I asked my mom about how she got over her first heartbreak when she was my age, she said moving on after her boyfriend and her broke up was easy because she moved away and never had to run into him again. When he disappeared from her life, he disappeared for good. Unless she wrote him a letter or showed up at his door to contact him on purpose, there was no way to see how he was doing. Having someone stay exactly the same in my mind forever sounded comforting to me. There is absolutely no reason for me to know what’s going on in someone’s life when they’ve been out of mine for years.

According to a NortonLifeLock Survey, young adults are more likely to engage in online stalking behavior and justify it as harmless. One in ten Americans even confessed to having created a fake social media account just to check on their exes.

My roommate and I routinely make fun of her cousin’s ex-boyfriend’s podcast and the odd life choices he shares publicly on his Instagram account, despite the fact that he lives in Michigan and has never met us. Why? I’m not entirely sure, but it’s entertaining, and the link to her family member makes it feel like we know him. It all comes down to curiosity, like the rest of social media. People are inherently interested in other people’s business and social media provides us with 24/7 access to the personal lives of both people around us and those who no longer are.

Going on social media strikes a cord in our brain that releases dopamine, causing us to repeatedly check these apps over and over. It works similar to an addiction. What’s difficult about mitigating this “addiction” is that social media is integral to so many parts of our daily lives; it’s almost unavoidable. Employers communicate with us on coworking apps and messaging boards, friends and colleagues post career updates and connect with each other on Linkedin, your aunt expects you to tell her that you saw the holiday family portrait she posted on Facebook. Even if someone is no longer in your life, they will still manage to pop up when a friend of a friend “likes” a post about their latest life achievement and for a split second, you have to relive your failed relationship all over again.

Within the past decade, the way we communicate has shifted from phone calls to texting to just liking someone’s post on a social media platform, each one more impersonal than its predecessor. These aren’t ways to truly connect with each other or fully catch up with someone. As our everyday interactions through social media are becoming normalized, our genuine connections become rare, so instead of obsessing over someone’s online life, it makes more sense to devote energy into cultivating our relationships in real life.

Keeping track of people from the past is unhealthy, whether consciously done or not. We all know this. Yet, we continue to abuse these platforms in a self-destructive way, knowing we may not like what we see. You have two options: either delete social media altogether (probably the best option but undoubtedly the most difficult) or try not to let it affect you.

The next time you find yourself creeping on someone’s profile, try to focus on the relationships you already have instead of the ones you’ve lost. From the looks of their latest political post, you’ve clearly dodged a bullet.