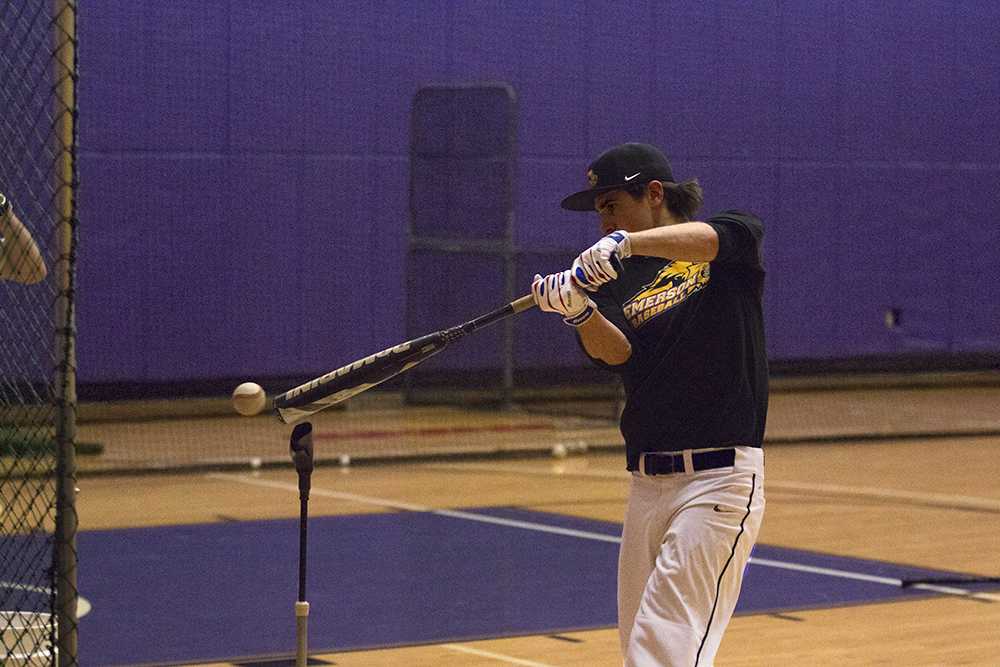 As record-breaking winter weather continues to linger in Boston, the baseball and softball teams are coping with the numerous cancellations of their practices and games.

The softball team, with a current record of 7-8, has been forced to postpone three doubleheaders so far due to the weather, while the 0-13 baseball team has missed five games.

Both teams have been forced to deal with fast-paced schedules in a short time span and are feeling the effects.

Phil McElroy, the head softball coach, said the schedule changes have, in some instances, forced the team to play multiple games a day, multiple times a week.

The team will have nine games in the course of seven days starting April 3, with four days being doubleheaders.

“It’s a long, short season,” McElroy said. “A long season in the amount of games we play, but short in the amount of time we have to play them. I think the next three weeks are going to tell a lot about our team.”

Christina Guessferd, a freshman outfielder, said the hectic schedule has affected the team’s planning and preparation for their games.

“You can never count on when a game will happen or be canceled, and the same goes for practice,” said Guessferd, a journalism major. “Our entire schedule has basically been rewritten.”

McElroy, who is coaching a team with nine freshmen this season, said the weather has made it difficult for his players to consistently develop. With only three weeks remaining in the season, the newcomers are forced to adapt at a faster pace than usual.

“We’re young, we’re inexperienced, and we’re in a very challenging conference that doesn’t allow for growth as quickly as our old conference,” McElroy said.

This is the second season for both teams in the New England Women’s and Men’s Athletic Conference. The softball team had a history of success in Emerson’s previous conference, the Great Northeast Athletic Conference—it won the championship in 2007 and 2009—but managed only two conference wins last season.

The baseball team is in a similar scheduling situation, with nine games in nine days starting April 3, after only playing once a week in the last three weeks.

The team has had to practice indoors due to the weather, and David Hanley, the baseball head coach, said this has hindered the practices.

“Never knowing when or where we are playing is always difficult,” Hanley said. “We can’t go outside with all of the snow, and you can only get so much done in the gym.”

Hanley, who has been with the team for 11 seasons, said he has never seen this many cancellations in his time here.

The weather has also hampered the team’s chemistry, Hanley said, and in the limited time they have been able to play outdoors, it has been in 18 to 30 degree weather.

Danny Johnson, a sophomore infielder, said that the weather hasn’t affected him, since he is from Massachusetts and used to the cold climate. But Johnson said it has influenced the team’s rapport.

“Trying to get in a groove is difficult without actually being able to play consistently,” the journalism major said.

Johnson said he is looking forward to the weather calming down and for a more regular schedule to begin, despite the rapid turnaround for the team’s games.

“It will be a hard stretch,” Johnson said, “but it will be nice to play again.”