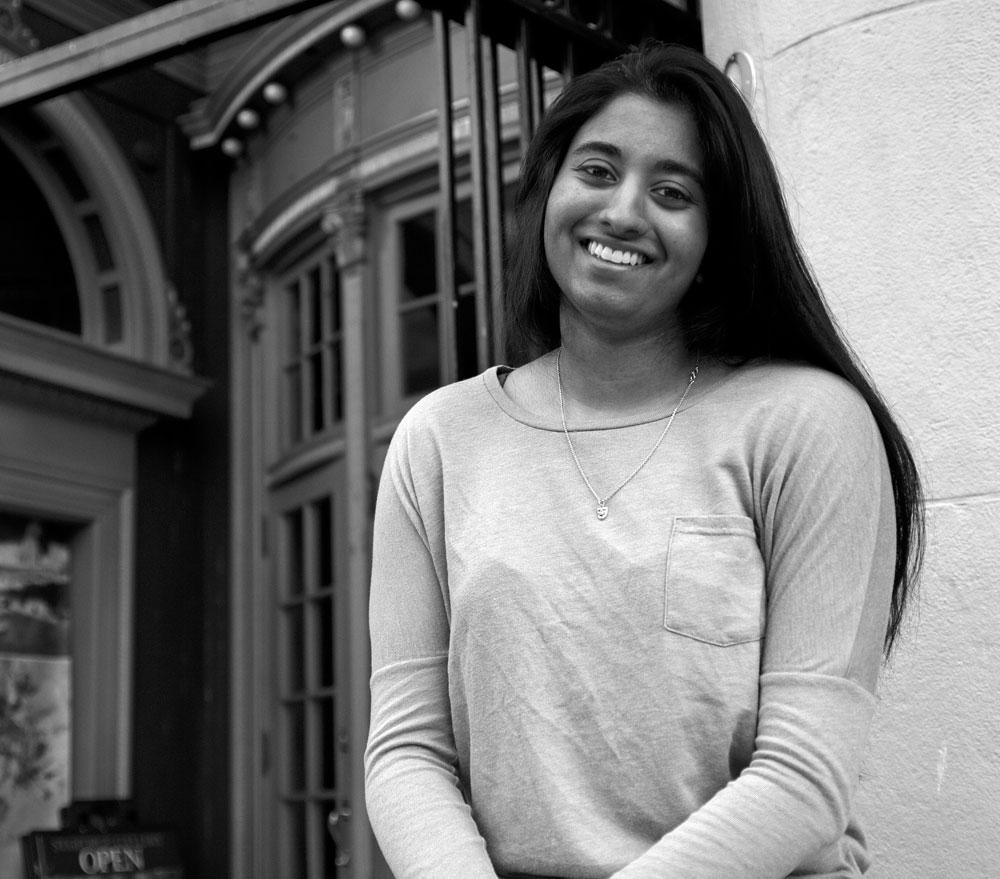 Silently filming herself flipping through several handwritten notecards, sophomore Kanika Misra tells her story. In her 10-minute YouTube video, Misra narrates her experience with losing a loved one to pancreatic cancer, which would eventually be her winning ticket in a contest that would give a $50,000 social media grant to an organization of her choice. The competition was hosted by Brickfrish, a platform that allows agencies to launch social media programs called “Tell Your Story and Make a Difference.” Misra, a sophomore marketing communication major, won with a 1,000 vote lead.

Misra decided to give the grant to Pancreatic Cancer Action Network. This non-profit organization was founded in 1999 and is dedicated to advance research, “support patients and create hope for those affected by pancreatic cancer,” according to its website.

Jennifer Reeves, the public relations manager for Pancreatic Cancer Action Network, said that Brickfish will be giving services which will support a new social media awareness campaign for the organization this summer.

“We were so thrilled to hear Kanika won [the contest],” Reeves said in an email, “[We] are so grateful for her efforts to raise much-needed awareness for pancreatic cancer.”

Reeves said approximately two percent of the National Cancer Institute’s federal research funding is allocated to pancreatic cancer. Misra said she chose a pancreatic cancer organization because her uncle recently passed away from this specific type of cancer.

According to The American Cancer Society, about 43,920 new cases of pancreatic cancer will be discovered just this year and about 37,390 people will die from pancreatic cancer, meaning about 85 percent of diagnosed patients will not survive.

In an interview, Misra said she was always close to her uncle. As an independent person, Misra said he did not like to ask for help, but her uncle was the one person she would go to when she really needed it. The two shared a love and passion for sports, especially soccer. When Misra was younger, she said she was convinced that she would be a professional soccer goalie. Her uncle would practice in the yard with her in Potsdam, N.Y.

“To me, my uncle was my security blanket,” said Misra.

Her uncle was diagnosed with pancreatic cancer in September 2010. Reeves said that 74 percent of diagnosed patients die within one year of diagnosis.

Misra said 2011 was the hardest year of her life. In February, she tore her ACL, a ligament in her knee, which she said was devastating to her because she has been an athlete her whole life, and forced her to miss the Emerson lacrosse season. In addition, Misra’s 19-year-old close friend from home passed away unexpectedly April 18. Just four days later, Misra’s uncle died of pancreatic cancer. All of this happened during her first year of college while she was over 350 miles away from her home in upstate New York.

Misra’s story made it to the top 25 best entries nation wide qualifying her to move on to the second round. For this round, Misra made a YouTube video titled “One Story. One Cause.” eight months after her uncle passed away.

The contest winner was inspired by all of the recent index card videos of kids telling their stories of how they were bullied. Misra said she struggled with putting up that video because she does not like putting herself out there to strangers, but she did it for her uncle.

“The feedback I got that day was absolutely the most incredible thing that has ever happened to me,” said Misra.

Within a week, she said her video had over 900 views on YouTube and was spreading rapidly around Facebook. Misra said she had strangers messaging her telling her how the video inspired them. She actually stopped checking her Facebook for while because she said she felt too overwhelmed by all the reposts and messages.

Rakesh Misra, Kanika’s father, said she worked on the video all by herself. The hospital volunteer said he is very proud of his daughter.

“[Our family] kind of basked in the glory of Kanika’s shadow,” said Rakesh in a phone interview, “We all felt we had contributed to [the cause].”

Her father said he is glad to know that someone is shedding light on pancreatic cancer.

With lacrosse stick in hand, Misra has recovered from her ACL injury and found herself back on the lacrosse field.As the one-year anniversary of her beloved uncle’s passing is approaching, Misra reflected on her process.

“As cliché as it sounds,” said Misra, “time does heal all, and what time doesn’t heal, you hold onto it and learn from it.”