Sophomores found Wack Magazine as creative outlet for all media 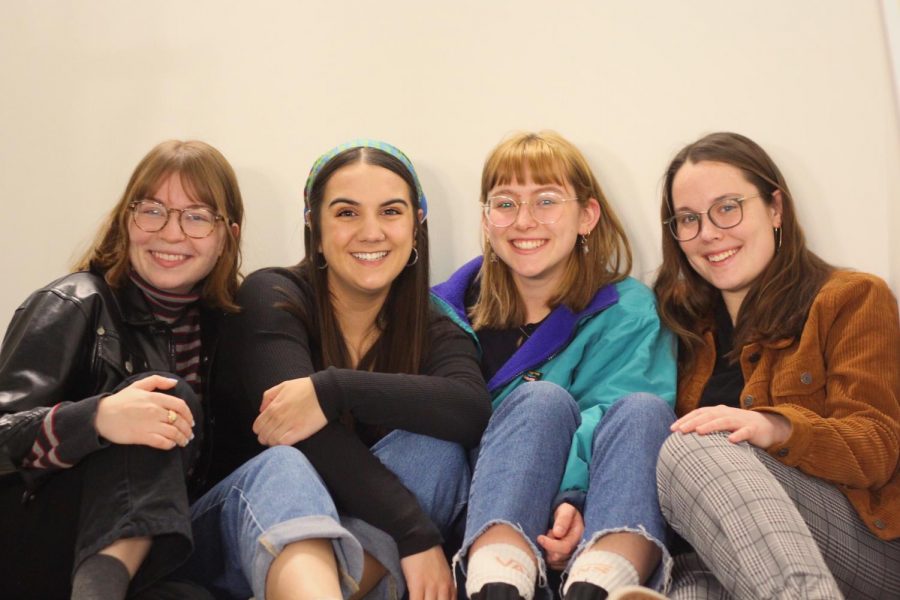 Hanna Marchesseault/Special to The Berkeley Beacon

Wack Magazine accepts and publishes all media of art online with sections for writing, visual art, and audio.

In September, sophomores Kate Cunningham and Hanna Marchesseault sat in a coffee shop and started to create an online magazine after hatching the idea their freshman year.

Cunningham told Marchesseault she wanted to do something wacky. Marchesseault heard that word and became immediately attracted to it. A few months later, on Nov. 15, they launched Wack Magazine.

Wack Magazine accepts and publishes all media of art online with sections for writing, visual art, and audio. While Cunningham and Marchesseault said they had nothing but positive experiences with other campus media, they started Wack Magazine to create something of their own.

“It’s literally, like, if you don’t really know where to go with your art or with your writing or with anything, come to us, we want to put it up,” Marchesseault said in an interview. “It doesn’t have a specific genre or direction. Our direction is just to highlight artists and creators and people that are passionate about things.”

Submissions to Wack Magazine are not only reserved to Emerson students and allow anyone to contribute. Sophomore Katie Powers joined the creative team this year and said she finds this aspect important.

“In the general world, it’s so hard for young artists and writers to be published in publications,” Powers said. “To have this space where you can create and share your art, I think, is a meaningful thing in terms of becoming the type of artist you want to be.”

After Marchesseault and Cunningham began forming the publication at the beginning of the semester, sophomores Erina McSweeney and Matt Walting joined the team along with Powers. While the five creators work collaboratively, each have all taken on smaller subsections of work.

“Last semester, just starting, we were kind of in a rut, because we knew we wanted to do something but we didn’t actually know how to go forward with doing that,” Marchesseault said.  “I think it was really great just to find other people that could just make something happen because I don’t think [Cunningham] and I would have been able to do it as just us.”

Walting describes his work as posting on, formatting, maintaining, and developing the website. Powers and Cunningham work with submissions, as Powers does copy editing and Cunningham makes edits on content. McSweeney connects people and coordinates shoots, and Marchesseault advertises the publication.

To get the word out about Wack Magazine, Marchesseault and Powers advertised by creating and distributing posters around campus and launching their Instagram two days prior to the website.

Wack Magazine held its first meeting for those interested in getting involved on Nov. 19, the Tuesday after its launch. The magazine holds weekly meetings on Tuesdays and Thursdays. According to Marchesseault and Cunningham, it may look differently next semester, as classroom space is hard to book because Wack Magazine is not an Emerson-affiliated organization.

At the time of publication, the magazine has published 15 posts with more projects, including a series of paintings, in the works. According to Marchesseault those interested in submitting work can pitch their ideas at meetings, send a direct message to their Instagram, or complete a pitch form available at the bottom of their website. The magazine will also take submissions of completed projects without pitching it prior.

Cunningham said that she believes the purpose of Wack Magazine allows all creations to have a place on the site.

“We’re not trying to fit any real aesthetic, it’s just kind of art,” Cunningham said. “And so we don’t have anything that we’re going to reject because of that.”

According to Powers, they will accept any submission as long as it is not offensive, discriminatory, or hateful toward a certain group. Powers said that she and Cunningham edit pieces for publication.

“We want to be a place where you can come and collaborate with us or get feedback on something you’ve written,” Powers said.

Cunningham also said Wack Magazine likes to have conversations with contributors in person while working on a piece so that edits are not one-sided and the creator can have a voice.

At Wack Magazine, contributors are not held to deadlines and content is published on a rolling basis. Powers believes this reduces stress that can surround creation.

“There isn’t like that stress about reaching, like, having something to produce by a certain deadline,” Powers said. “We want you to be able to give your art on your own time.”

Since coming to Emerson, Marchesseault’s idea of what she wanted to do as a career has shifted many times, and she thinks the structure of Wack Mag is important to helping individuals to explore their passions.

“Obviously it’s one thing for us to be invested in it, but to get other people to care about it a lot is something special because you never know if that’s going to happen,” Cunningham said. “We could launch something and people could be like ‘eh,’ but to see people actually care as well is really cool.”

The team is most excited to see what others create and wish to highlight on the site. While each member of the team will contribute on occasion, they created Wack Magazine to involve and publish the work of others.

“Wack Mag is you, not us,” Marchesseault said.

Hannah Marchesseault previously served as a staff writer for The Berkeley Beacon.