Sports are back: student athletes grateful for spring season 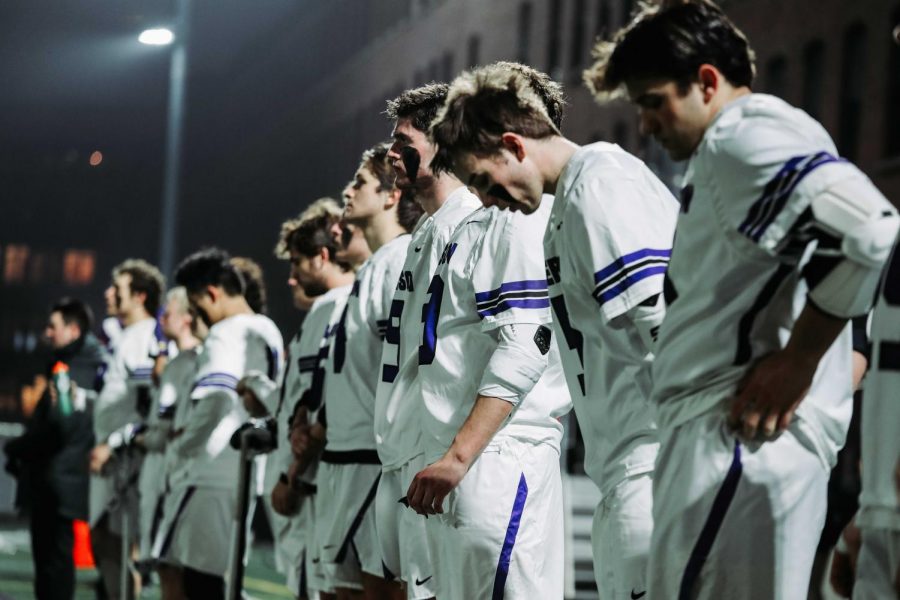 Men's lacrosse team started their season off with a win against Nichols College.

By Christopher Williams and Joey DuBois

Nearly a year after their season came to an unexpected halt due to the COVID-19 pandemic, Emerson’s spring sports teams will be the first programs to compete in an official season since last March.

“When my coach told me at first, it didn’t really hit, and then when I was making my way to campus I was like, ‘Holy shit,’” junior baseball Captain Calvin Jacey said in an interview. “It just makes everything that we’ve really gone through really worth it.”

The New England Women’s and Men’s Athletic Conference announced its plans for a spring sports season with ongoing COVID testing and mandatory masking on Monday. Emerson athletes were left in the lurch for two days following the announcement, unsure if the college would opt in to competition. The conference required each of its eleven member schools to independently determine if they would opt into the season, and Emerson was the second-to-last school to reach a decision.

Junior softball pitcher and infielder Katelyn Torlincasi said in an interview the team “tried to remain optimistic,” but were left feeling anxious while waiting for the college’s decision.

Emerson announced its decision Wednesday morning, allowing four of its six spring sports teams—baseball, men’s and women’s lacrosse, and softball—to compete this spring. The announcement, which set the season start date as March 13, left athletes feeling grateful and excited to be doing what they love once again.

“It kind of feels like we’re picking up where we left off,” Torlincasi said. “It’s a really cool opportunity, and we’re all really grateful we even get a chance to step on the field this season.”

As part of the college’s decision, athletes must receive three COVID tests per week, are not permitted to travel overnight, have the opportunity to individually opt out of the season at any time, and will continue practicing in groups of seven to eight players. The official schedules are yet to be determined, but teams have already begun practicing. Fans are not permitted to attend games this season.

The past year hasn’t been easy for the baseball team, according to Jacey. Upon returning to campus last semester, Head Coach Nick Vennochi informed players their fall season was canceled, which left them to take training into their own hands. Jacey and fellow captain Andre Padovani organized arrangements to transport the team to Extra Innings Watertown, an indoor baseball facility in Watertown, where they collectively paid $300 to practice pitching and hitting.

“We were doing that like two or three times a week in hope that we’d be able to compete, and thank God it wasn’t a waste,” Jacey said.

He said that the team’s goal for the season is to qualify for the NEWMAC playoffs.

“That’s our number one goal right now because we haven’t been as competitive as we wanted to in the past few years, but we see it as a much bigger opportunity this year,” Jacey said. “In my opinion, this is the [deepest] we’ve ever been as a program at every position, so hopefully that will prove to help us make a playoff push.”

For first-years like lacrosse player Josh Demattos, the chance to start their college careers in such a unique season is a welcome challenge.

“I’m excited to get going and hope we can all stay safe, and we look forward to hopefully winning the NEWMAC this year,” Demattos said in an interview. “I’m pumped up, I’m ready to go, and I’m ready to get after them on March 27.”

The men’s and women’s tennis teams were not included in Emerson’s announcement. Sophomore men’s tennis player Nicolai Dalmau said neither of the teams have the six minimum players to compete in the NEWMAC, but they still plan to practice and play this spring. The details and schedule remain unclear at this time.

Dalmau said he’s glad the tennis team will be able to be together again, and his goal for the spring is to “get back on track and be ready for next year.”