Springing fashion back into the past 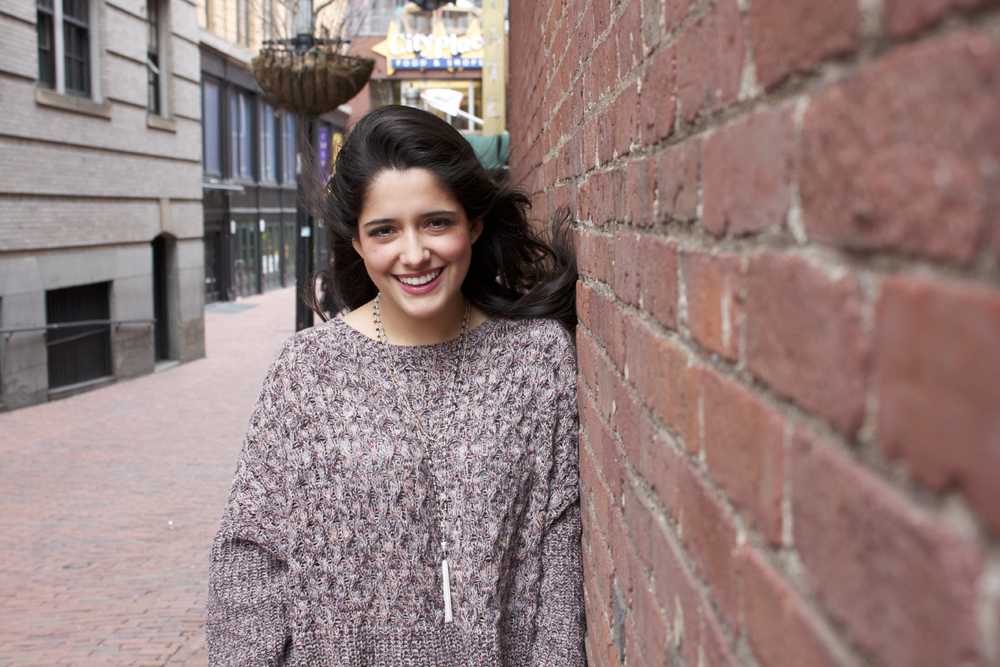 Black and white fringes gracefully swooshed down the runway this spring as designers such as Calvin Klein and Emilio Pucci embellished their work with this ’70s Moroccan-inspired trend, instead of the typical cluster of modern floral patterns.

This year, Rag & Bone and DKNY have presented styles drawn from the ’90s at Milan Fashion Week, while Michael Kors and Jason Wu have showcased reinvented ’60s styles at New York Fashion Week.

A few Emerson fashion aficionados have also attributed many of the popular upcoming spring styles to times past—throwbacks ranging from the later 1900s to our semi-recent childhoods.

“I’ve noticed that every season has its own decade that comes back, and this spring, it’s the ’70s,” she said. “Designers are now using deep V-necks, wrap dress styles, and metallic colors.”

In fact, Jack McCollough and Lazaro Hernandez displayed a wide array of metallics and pleats through their ’70s-inspired collection, which was named one of the best collections in Vogue’s Fashion Guide for Spring 2014.

Not only are trends from the ’70s reappearing, but so are those from the early 2000s, according to Ortakales.

“The skort is making a comeback, and I’m not sure how I feel about it,” she said. “I keep thinking back to when I was in third grade—it was super lame.”

However, she said since the style has modernized into a shorter, asymmetrical skirt with shorts in the back, she may give it a try.

Serena Kassow, a sophomore performing arts major, works as a stylist at LF on Newbury Street, and also holds a position on the beauty and style committee at Emerson Fashion Society.

“For spring trends, I’ve noticed that off-the-shoulder looks are really coming back,” she said. “Jelly sandals—the ones you probably wore in middle school—are also big again.”

Vogue recently published a spring fashion article that displayed $795 Givenchy jelly sandals—but for those of you who don’t want to break the bank on rubber shoes, these styles can be found affordably at stores like Forever 21.

Kassow also said denim trends are leaning away from tight-fitted styles to more old-school types, such as the baggy, distressed boyfriend style.

Cooper Irons, a freshman journalism major and stylist at Emerson Fashion Society, said it can be easy for students to pull off one of this spring’s ’90s runway-inspired looks.

“You can wear a plain outfit, and tie a plaid button down around your waist to spice it up and add more color,” he said. “It gives off a cool, urban vibe.”

He also said some of the more sporty looks can be integrated into both men’s and women’s fashion.

“The varsity jacket’s not really preppy, but not too athletic either, and it can work for either men or women,” he said. “Also, tennis shoes like Nike and New Balance are now being incorporated more into styling for outfits rather than athletic wear.”

Harper’s Bazaar included an entire section titled “Game Time” in their Spring 2014 Runway Report, which featured combinations of sportswear with high fashion from designers such as Prada and Vera Wang.

According to Chantelle Bacigalupo, a freshman journalism major and blogger at Emerson Fashion Society, the most important throwback trend to pay attention to this season is the kimono.

“Whenever I wear a kimono people are like, ‘Nice cape, Chantelle,’” she said. “I’ve seen girls wear them a lot at themed parties but not as an everyday thing.”

But the popularity of kimonos has recently risen thanks to clothing stores such as Urban Outfitters, which are now reinventing the trend, and transforming them into more breezy and colorful boho-chic garments, according to Bacigalupo.

Although full-blown kimonos have not made it big on the runway this season, kimono sleeves have. Designers such as Proenza Schouler and Philosophy have incorporated structured kimono sleeves into both shirts and jackets but have manipulated them into more elegant, high-fashion styles.

But along with contemporary, revived trends have returned some obscure, questionable trends.

“I’ve heard that tea length skirts are coming back,” Bacigalupo said. “I’m really not sure how anyone is going to work that.”