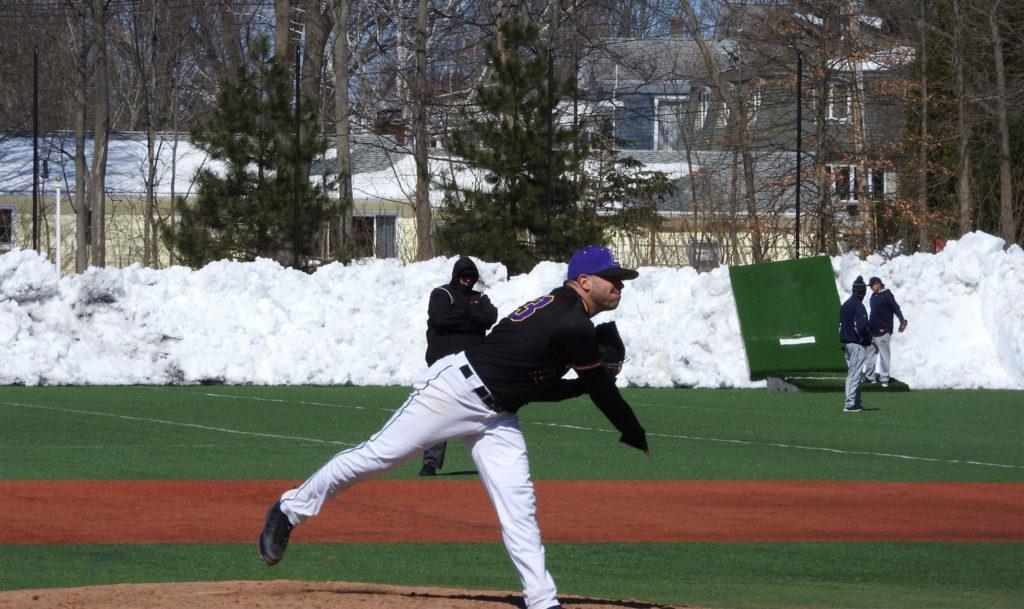 Emerson’s baseball and tennis teams will play their home games at a new venue for their upcoming 2018 season.

The Athletics Department reached a one year deal with St. John’s Preparatory School to use the school’s baseball stadium and tennis courts as Emerson’s new home venue for the respective sports. St. John’s Prep is a Roman Catholic college preparatory school based in Danvers, Mass. Director of Athletics Patricia Nicol said athletics made the deal because these two teams played home games far from Emerson’s campus.

“It’s been my intent to provide the same kind of student-athlete experience for both our baseball and our men’s and women’s tennis programs,” Nicol said.

Prior to this deal, the baseball team played at Campanelli Stadium, the home of the Brockton Rox of Futures Collegiate Baseball League. Campanelli Stadium is located in Brockton, 24.8 miles away from Emerson’s main campus. The new facility is located 20.6 miles from campus.

One important benefit, Nicol said, of the new stadium is that the playing surface is comprised of turf, synthetic grass, rather than real grass. This allows for more practices at the home field during the preseason—something that was difficult at Campanelli, especially during periods of heavy snow.

“Most colleges could get out there [to practice] sometime in February, but when you don’t have a turf facility, you’re at the mercy of the weather,” Nicol said. “Campanelli worked beautifully for baseball. However, the distance was tough because sometimes a two hour practice would turn into a four hour practice because of the travel time.”

Nicol also said that Campanelli’s stadium, with a capacity of 6,000, was too large for college baseball.

“As great as Campanelli was, it was such a large stadium that even when we had fans attending the games it still looked somewhat sparse,” Nicol said. “St. John’s Prep is closer to a college campus venue than Campanelli.”

As for tennis, this new deal gives the men’s and women’s teams a permanent home venue, something that both teams did not have in previous years. Without a dedicated home court, past Emerson tennis teams played home games at different locations, including Winchester Tennis Club and the Charles Watt Tennis Courts at Stonehill College.

Women’s tennis player Mackenzie Swaney said having an official home court helps the team prepare for the season, especially since they practice in indoor courts, which cannot be used during the season, as all matches take place outdoors.

“It is nice having one dedicated place to play,” Swaney said. “Before it was kind of difficult to have to switch around a lot. We would get emails last minute about where we were going to play and now it’s nice knowing where you’re going to be.”

Nicol said it was important for the tennis teams to have a specific home court to play at because it provides consistency for practice and gives Emerson a home-field advantage.