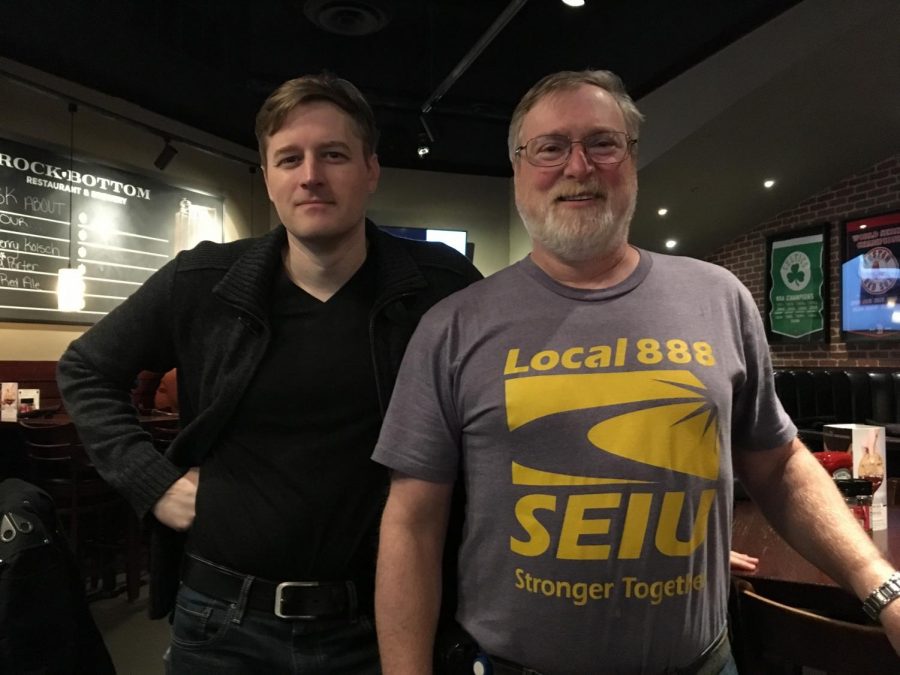 The Emerson College Staff Union hosted a Valentine’s Day meet-and-greet at Rock Bottom Restaurant & Brewery on Stuart Street Friday to chat with prospective members over lunch about joining the union before contract renegotiations begin next spring.

“The people who we expected to come all came,” Christopher Wilson, a union member from the journalism department and one of the event organizers, said. “They were extremely interested in the union—they seemed very motivated to be there. We had several people who seemed very interested in helping us further organize, becoming more involved in the union in anticipation of potentially voting their unit in.”

Wilson would not disclose a headcount or which departments were present in order to protect the privacy of prospective members, but said there was a promising turnout at the event and many of the non-unionized departments were well-represented. However, he added the event was the first step in a longer-term recruitment process and there are still many departments they are hoping to sway.

The union, represented by Service Employees International Union 888, passed out more than 60 invitations last Friday to members of various non-unionized departments for the event.

The initial contract included over 100 staff members from the Information Technology, Academic Affairs, and Institutional Advancement departments. It established flat-rate raises with predetermined percentages, better parental leave, and transit benefits. It also instituted a sick bank where employees can donate sick days to other staff that may have used up theirs. Additionally, the contract states college officials must have just cause and documentation of discipline to fire a staff member.

Estelle Ticktin, steward of the union and one of its original organizers, told The Beacon at the event that the union has proved to be an invaluable liaison between college staff and high-level college officials. She said this communication should be available to all college departments.

“By having the union, we have a voice,” she said. “Not just a voice, but the backing behind it to have access to the people who really make policy.”

Wilson said bringing more departments into the next contract will help establish more camaraderie between staff in unrelated departments and will make Emerson a more united working environment.