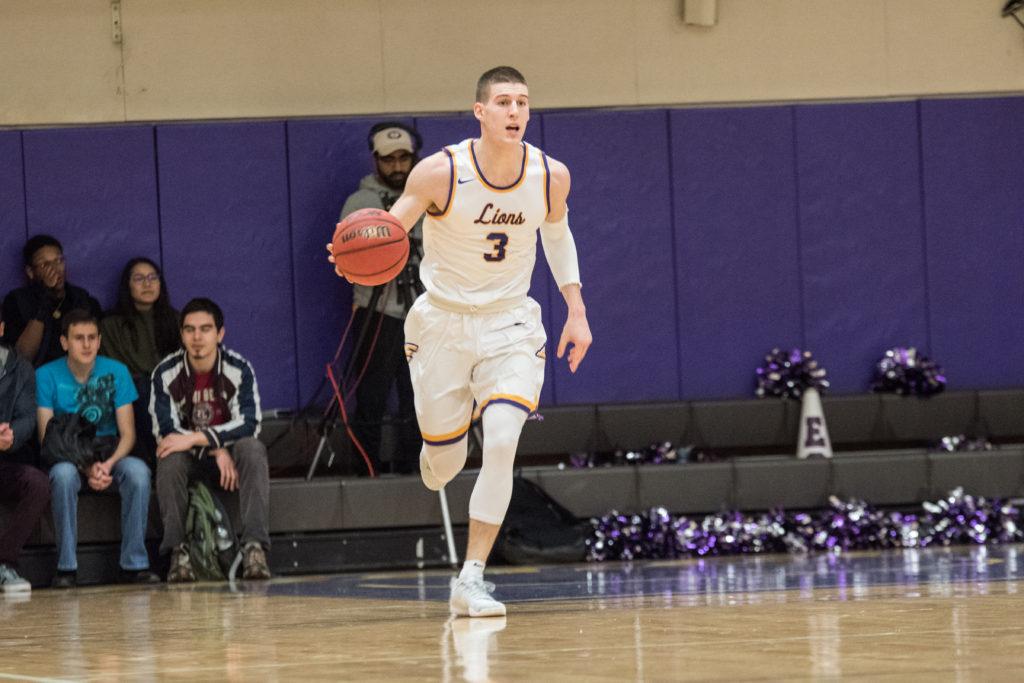 With the spring season winding down, and commencement just a few weeks away, we are pleased to announce our Lions of the Year. Our staff selected one outstanding male and one outstanding female athlete who consistently performed at a high level throughout a given season.

In Emerson’s 105-77 loss to Worcester Polytechnic Institute on Feb. 10, Gray became the 18th player in college history to score 1,000 career points with a layup in the first half. Gray went on to score 21 points in the loss on 7-of-15 shooting from the field.

Aside from achieving his 1,000-point milestone, Gray made school history in becoming the first recorded men’s basketball player to achieve a triple double. In Emerson’s season opener against Newbury College on Nov. 18, Gray scored 29 points and added 10 rebounds and 10 assists to cap off his historic night. He also scored a career-high 47 points on 20-of-34 shooting against Babson College on Feb. 14.

Gray also made his first appearance in the men’s basketball all-conference first team for the NEWMAC—the first Emerson athlete to achieve this accolade since 2014. He also finished second overall in the conference in points with 21.1 per game and rebounds per game with 9.4.

The Emerson men’s basketball team ended their season in sixth with a 4-10 conference record, which left the team four games out of the final playoff spot occupied by Wheaton College. Gray ended his season with 527 points and a field goal percentage of 49.5 percent in 25 games.