Stop trauma dumping on your friends and strangers 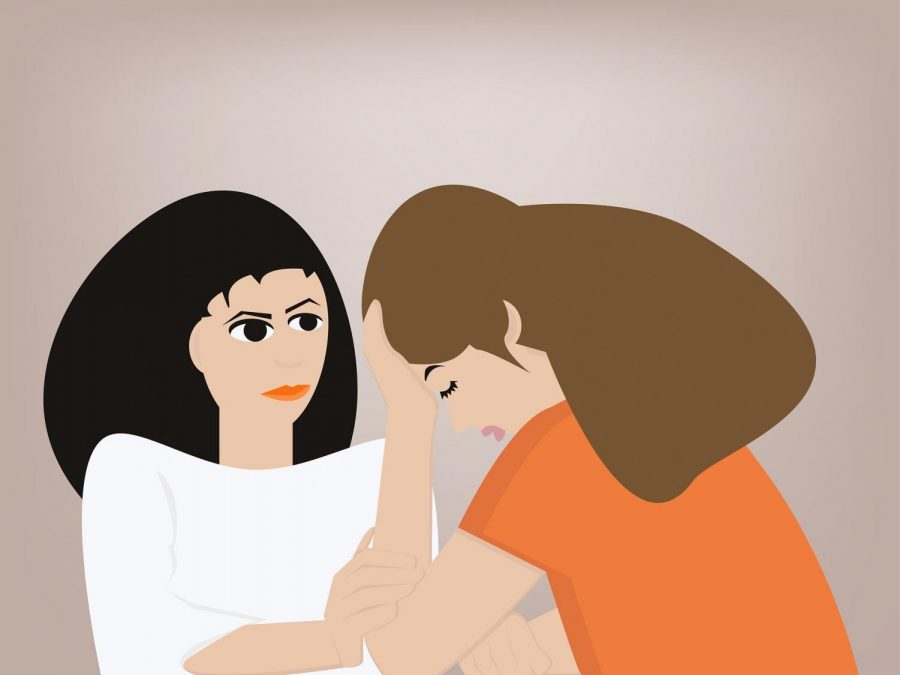 There is something that I have noticed in my youth — a lack of consideration. Young adults are ready to jump at any opportunity to tell the world why we feel bad, without stopping to think about the effect it may have—a phenomenon known as “trauma dumping.”

As a child raised on the internet, I understand and adore the mental health movement. From it, I find comfort in knowing that at least among many of my peers, my mental health struggles are valid and seen.

The conversations around mental health in my growing years have changed so much since 2014 when it felt as though, for the first time, it was a more acceptable conversation on the internet. Since then, what was starting to become an open and honest environment surrounding mental health, is starting to look like an open door for people to dump their trauma on each other as a means of communication.

Although trauma dumping is a phenomenon most commonly seen on the internet, it can be defined as an instant in which someone is abruptly oversharing their traumatic experiences in a manner that may feel toxic and self-victimizing. It is a behavior that has become heavily normalized online, where we see people opening up about serious issues with the intention of raising awareness.

This quickly catapults into people making jokes about unhealthy eating habits or suicidal thoughts. Constantly dumping your trauma can become triggering to those around you and it promotes unhealthy coping mechanisms.

There are so many days that I find myself scrolling through TikTok finding video after video where young adults, and sometimes younger kids, use popular sounds and trends to vocalize their trauma while negative and unhelpful comments flood the comments sections. As of Apr. 15, 2021, 25 percent of users on the app were around the age of 10 to 19. These users are some of the main contributors to the normalization of trauma dumping.

A research paper by Nursing Open suggests that the ages of 12-18 and 19-24 are the most impressionable, a fact that helps explain the trauma dumping phenomenon. When young adults see creators, or even friends, open up and share their problems and negative feelings on social media they take it as an opportunity to have free reign to add onto that with their own. Too often this causes people to feel invalidated because it gives the idea that their problems aren’t as significant as others.

As inappropriate as trauma dumping is on the internet, it’s much more harmful in real day to day conversations.

I feel people are too comfortable confiding in strangers, and even their closest friends on their issues. They use them as conversation starters, and, in many moments, allow trauma to become a sole personality trait.

Don’t get me wrong, I know how this sounds. I encourage people to not feel ashamed of the baggage they carry, and I, too, carry my own. But when we blur the line between open, effective, and honest communication to out-of-pocket discourse on very serious issues, I become hesitant.

I was at a social gathering recently, and a young lady whom I have never met very clearly sober came up to me. Within minutes of our introduction, she tells me she has severe PTSD due to her being a victim of a school shooting. I did not ask nor was I prepared to hear that, but still she gave me this heavy piece of information and access to a very vulnerable part of her. I wondered, “What if someone around me is also a victim of a school shooting?” And then, in my horror, I thought, “What if they overhear?”

It is a given that people don’t always think before they speak. However, if in the same breath that you advocate for mental illness you are also trauma dumping, then you are a part of the problem. It has become a trend to talk about very serious, and in this case very traumatic, issues and make them a funny conversation starter. That does little to nothing for those who need, and want, to get better and learn how to cope with their trauma.

Mental health centers like Avalon Malibu tell us that venting and dumping both fulfill the goal of expressing our overwhelming anger or frustration, but accomplish it in different ways. Venting is the healthy outlet for relieving these feelings where the person who is venting doesn’t have a victim mindset. Even if they are a victim, their goal isn’t to assert blame onto anyone. When we vent, we acknowledge our role in the issue as well as other people’s perspectives. Most importantly, venting allows for the possibility of solving the problem.

Dumping, however, is much more toxic than venting. Normally, the person receiving the emotional dumping walks away feeling overwhelmed. Unlike venting, the person who is dumping has a victim mindset. They put all the blame on others, show no accountability, and rarely consider other people’s perspectives. Overall, trauma dumpers are not interested in solutions to resolving the issue, and, doing so does not respect time or boundaries.

You don’t know who can handle the information you are telling them, especially if they are people you do not know very well. However, what is even more concerning is that these behaviors and attitudes almost work as an excuse to not seek real help and simply make your trauma a distinct personality trait.

On top of that, I understand that those who suffer from their mental health do not always have the strength to get help. I believe that this should be blamed on institutions and, in many cases, parents who do little to treat the effects of serious traumatic events on their children. Doing so leads people to seek validation elsewhere, creating an environment of toxic oversharing instead of professional help or even effective methods of communication with peers. Nevertheless, we cannot continue to foster these environments without at least considering their consequences.

I understand that trauma is a part of who we are, and for a lot of us, it’s an experience we live with daily. However, it is not a singular defining factor, and should not be treated as such.