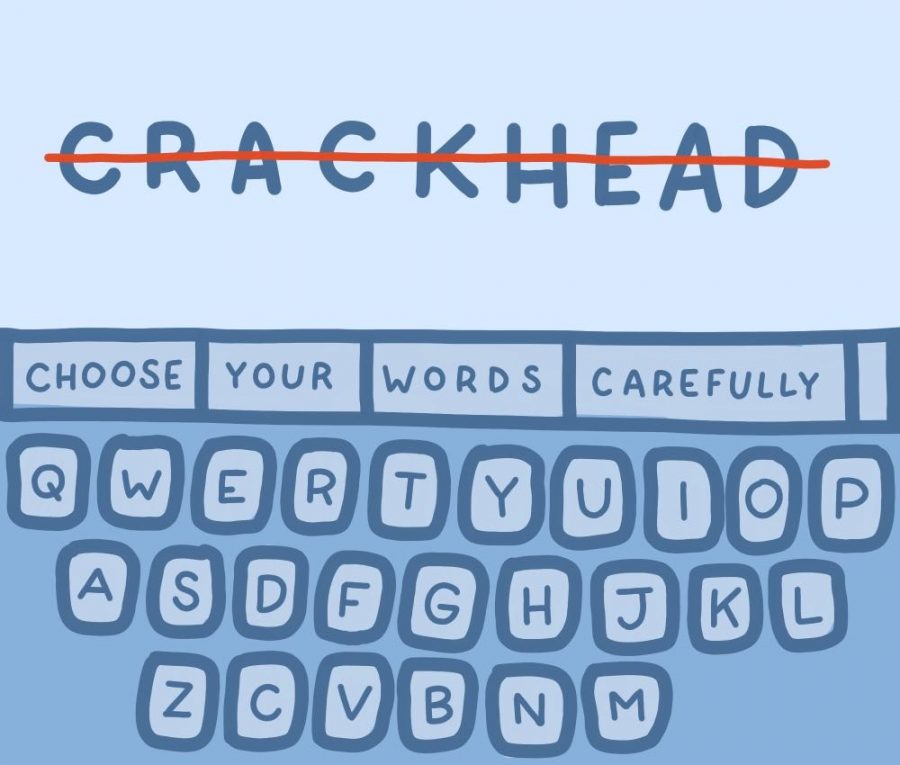 Increasingly, many have made terms such as “crackhead,” “addicted,” and “alcoholic” a part of their daily vocabulary to describe their craziness or their wild partying on the weekends. Yet, in doing so, they are minimizing the complex struggles that real addicts face and normalizing a stigma against people who are battling addictive behaviors.

Since when is making light of addiction, a chronic brain disease, considered acceptable and humorous? It’s easy to fall into the trap of claiming you’re “addicted” to something instead of just saying you’re really into it. We are all guilty of saying it at one point or another. However, it is essential to remain cognizant of how this language impacts those affected by addiction.

As the daughter of a recovering alcoholic, it is hurtful to hear people casually throw around these phrases as a quirky way to describe their drinking habits. Addiction isn’t a trendy label to slap on yourself after blacking out—it is a journey of physical and emotional struggle involving the addict and their loved ones. Addiction is also not a choice: those facing addiction become both physically and psychologically dependent on the substance or activity, even if they want to quit.

Sometimes people say things without considering their implications, especially in casual situations with friends. Choosing words that reflect your actual intentions is important in order to resist the normalization of these terms in contexts other than addiction. Instead of saying you’re a “crackhead,” say that you’re crazy; instead of saying you’re “addicted to something,” say that you really love it. Though it may not have the same ring to it, it will—more importantly—avoid offending someone who has actual experience with addiction.

After hip-hop group iLOVEFriDAY released a song entitled “CRACKHEAD!” last May, TikTok users created comedy videos of their “crackhead” behaviors, like falling asleep in class and dancing with a weird outfit. While to the common viewer, these videos may be funny, others may find these videos offensive for making a joke out of a highly addictive drug. Nearly 14,000 Americans died of a cocaine overdose in 2017; therefore, it is insensitive to toss around these words without being aware of the hurt they can cause.

The initiatives may seem like well-intentioned; however, the minimum sentence for Americans arrested for possession of crack cocaine was extremely disproportionate compared to those arrested for possession of powder cocaine. An American found with 5 grams of crack cocaine could be sentenced to five years in jail, which is the same amount of time for someone caught with 500 grams of powder cocaine.

And this was no coincidence. At the time, 80 percent of crack users were black. John Ehrlichman, one of Nixon’s top aides, revealed that the War on Drugs was created for getting Americans to “associate the hippies with marijuana and blacks with heroin.” Therefore, it is irresponsible for people to use these terms without understanding the historical, racist context surrounding it.

Generally speaking, many people who use these terms are likely not trying to offend others. However, in a culture in which those battling addictions are stigmatized and viewed as inferior, we should make it our priority to be more conscious of what we are saying and how that affects others. Because of these terms, addicts may be deterred from seeking the help they need in fear of being seen as a “crackhead” or a “drunk.” Just as we would avoid joking about someone with a disease such as cancer or Parkinson’s, we should treat those struggling with addiction the same way.

You might let it slip out that you’re acting like a “crackhead” while dancing in your bedroom at 3 a.m., or you might jokingly announce to your friends that you’re an alcoholic because you binge drank last weekend. What is important, however, is that you are conscious that what you are saying might potentially upset someone or have negative historical implications. Going forward, we can do better to combat our use of this harmful language.