Straight version of a gay thing 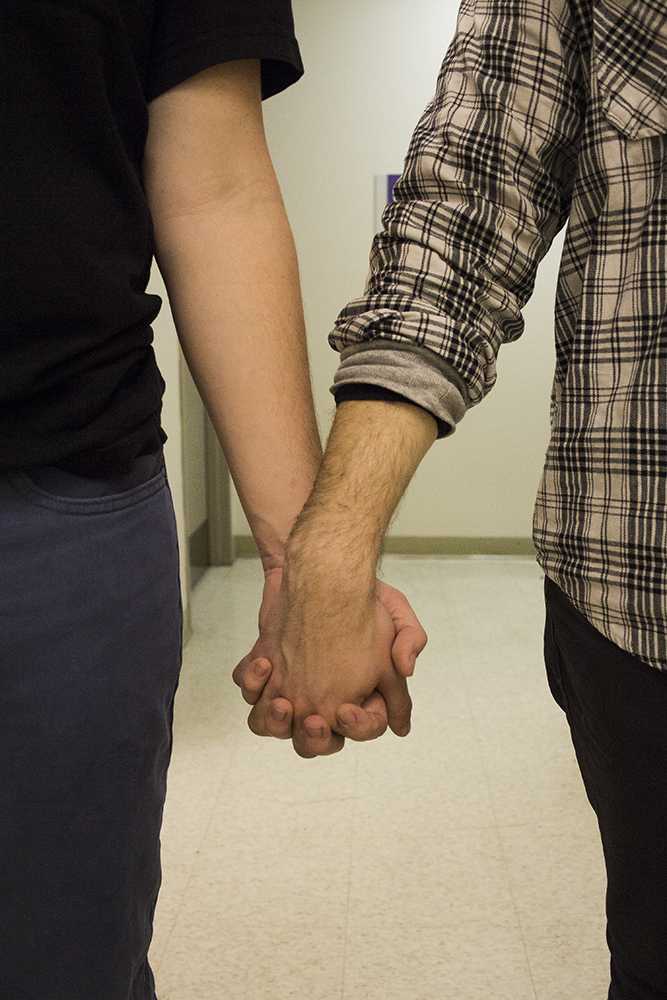 As a bisexual man, I was thrilled when the Supreme Court legalized gay marriage across the country in 2013. Not only did I consider that day a win for “my people,” but I also reveled in the idea of LGBT culture not only being accepted, but celebrated. I had grown up feeling unnatural, sinful, and ostracized like so many others, and on that day we were all free from cultural oppression. Or so I thought. The closer I look at our society, the less I see acceptance, and more a trend of assimilation. The LGBT movement is not being celebrated, but instead absorbed into the dominant white culture of America.

While the queer community spans across all races, genders and ethnicities, society’s LGBT narrative prefers to see only those who are like me: white, cis, and male. Because of this, I see people like myself everywhere in media. From the five upper-class white cis guys on the reality show Queer Eye to the upper-class white cis gay couple on Modern Family to the white cis gay kid on Glee—I have people I can identify with on every channel. What about everyone else? The American mainstream now welcomes the gays, but minorities both in and out of the LGBT community remain simply as punchlines: mere stereotypes or the butt of jokes. This assimilation has happened before, and if history does repeat itself, it is doing so at the expense of people of color.

Harvard sociology professor Dr. Mary Waters discusses this trend in her paper “Immigration, Intermarriage, and the Challenges of Measuring Racial/Ethnic Identities.” She sees the Irish as a prime example of an assimilated group. Irish-Americans were once regarded as a separate race at the same level as freed slaves, called “[n-word] turned inside out.” Instead of working with the freed blacks, the Irish allied themselves with the dominant white culture over a shared discrimination. Today, there is no longer a racial border between Irish and white, while people of color remain victims of institutionalized racism.

The borders that exist between LGBT subculture and the mainstream are in transition, but not in a way that’s beneficial. Mainstream culture is not becoming more accepting of LGBT society. Instead, LGBT culture is being slowly replaced by what’s “normal,” and with that, many people are further marginalized because they fall outside of this definition. This assimilation lacks intersectionality, by picking and choosing the desirable members of a group to give the guise of progress. According to Kimberlé Crenshaw of The Washington Post, intersectionality is defined as a way of thinking about identity and its relationship to power. Instead of fighting the patriarchy, white gay men have been invited to join. Though the consequences of this may not be as severe as they have been in the past, you only have to look at Emerson to see the hypocrisy this sort of thinking can cause.

Last August, the Princeton Review ranked Emerson as the number one most LGBT-friendly college in 2015, and the school is so proud of this. I certainly remember my tour guides bragging about the college’s past wins in 2012 and 2013 all day long when I visited. What they failed to mention was the school’s extreme lack of cultural inclusivity. Understandably, it would be pretty disheartening for prospective students to hear the school’s idea of diversity is 500 white boys with undercuts. As much as Emerson seeks to fly the rainbow flag, its student body remains devastatingly monochromatic.

What both Emerson and the United States are lacking is intersectionality. Through assimilation, institutions have the opportunity to pick and choose who they like from different groups while leaving others behind, and this needs to be prevented. This discriminatory selection is what makes it possible for Emerson to claim to be “a vibrant and dynamic college that embraces diversity in all its forms” yet still have major problems with representation on campus. This is the situation where queer culture has found itself.

While intersectionality is practically unheard of among positions of power, more and more people are beginning to learn about the concept—though there is a difference between putting “intersectional feminist” in one’s Tinder bio—and actually trying to make an impact. Here at Emerson, students organized walkouts last year to combat the lack of racial diversity and inclusivity at the otherwise sexually diverse institution, and even now, an organization formed in response to those events, POWER, is working directly with Emerson’s board of trustees. Without this interaction, it’s certain that little would change. Intersectionality can be achieved, but for it to happen, there has to be a release of power, whether you’re a caucasian college board member, or a gay, white student.