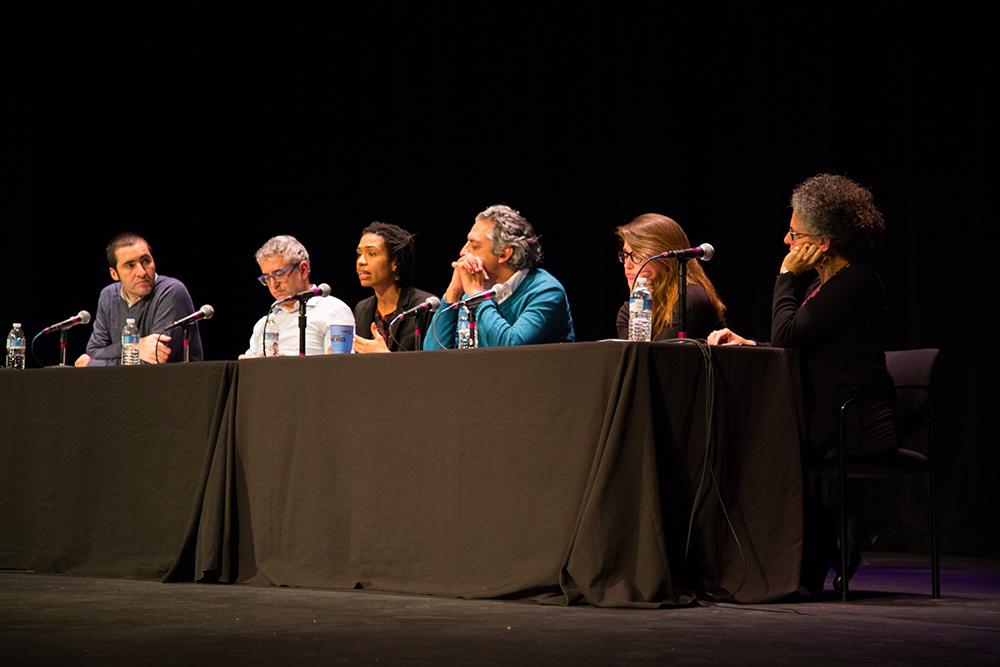 Attended by around 200 community members, the forum featured a panel of five Emerson faculty members who each used their own expertise to clarify the complexities of the new executive order.

Assistant Professor Yasser Munif said Trump’s policies are based on several narratives of Islam which are false, like that Muslims are violent, uncivilized, or misogynistic.

“This discourse is shown through the Trump administration … one of the most misogynistic administrations,” he said. “Ironically, they use [the same] stereotypes to justify the Muslim ban.”

Assistant Professor Kaysha Corinealdi said these stereotypes alienate people outside of the U.S., which has a history riddled with the exclusion of different groups like Japanese Americans, Chinese Americans, Germans, and others.

“These histories of exclusion are not unique to our present moment … let’s not repeat history again,” she said.

“Never give up believing in the power of kindness,” he said.

Alex Dutton, a junior individually-designed interdisciplinary major, said she was grateful for the context and background the professors were able to give for the discussion.