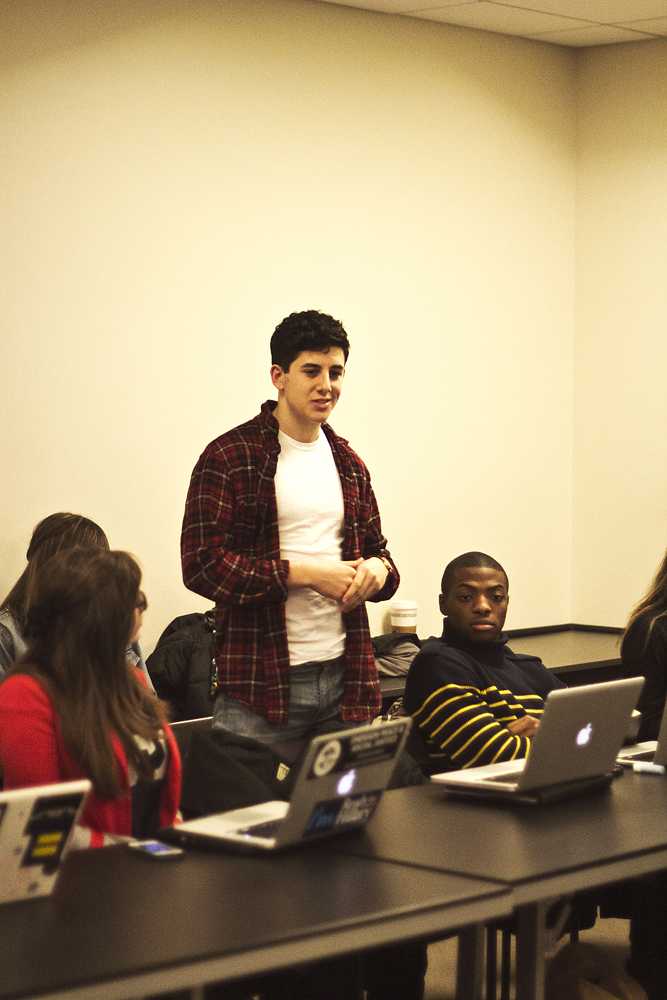 The Student Government Association accepted four resignations and appointed two commissioners to fill open positions during the first meeting of the semester on Tuesday.

All resignations were approved unanimously. Communication Studies Senator Rebecca Contreras stepped down, citing in her letter obligations to classes, orientation core staff, and the Spirit of Emerson — an SGA committee — as reasons for leaving. The junior visual and media arts major was elected last semester. An election will be held to fill her position.

Sophomore journalism major Sarah Tedesco, the service learning commissioner, also resigned after a semester, due to a new internship.

“I didn’t think I had enough time to juggle SGA and my classes and my internship,” Tedesco said. She said she hopes to return to SGA next semester if she doesn’t have an internship, but the position is currently open.

Sustainability Liaison Emma Craine also stepped down due to class scheduling conflicts, according to her letter of resignation. Craine, a freshman journalism major, became a liaison last semester. Her position is now open.

“I would like to help spread the news about what’s going on in SGA,” said Costey, “and make sure the student population and the organizations on campus know where we are and what we’re thinking.”

Sophomore political communication major Henry Krause ran for, and was approved, as the disabilities and accessibility commissioner. Both in his speech and his application, he referenced his previous work with Diane Paxton, director of disability services, as a strength. He said he had worked with her on food allergies and other sensitivities within dining services.

Krause said that while he has not worked with disability services on issues outside of dining services, he would build his knowledge through his involvement with SGA. Both Costey and Krause ran unopposed.

There are still seven open positions.

Five of the 11 student organizations that applied for Student Government Association recognition in the fall will now be recognized, and four will receive funding, said Kassandra King, vice president of the SGA, during Tuesday’s meeting.

The Treble Makers, an a capella group; Five Cent Sound, a music-focused magazine; Emerson Reform, a drug awareness group; and Emertainment Monthly, an entertainment magazine, all received recognition with funding. The Emerson College Polling Society was also recognized, but chose not to apply for funding.

“All of [the recognized organizations] are extremely well organized and well led. SGA has confidence that not only will they exist now, but they will continue to exist in five years,” King said.

Members also discussed the Bookstore Apparel Initiative, started last semester by then-sustainability commissioner Lindsay Geller and then-service learning commissioner Sarah Tedesco. The effort is changing hands to Class of 2017 senator Sheba Wood. The initiative aims to find ethical clothing providers for Emerson’s bookstore and eventually only buy from companies that have signed the Accord on Fire and Building Safety in Bangladesh.

Geller, a junior writing, literature, and publishing and marketing communication double major, and Tedesco, a sophomore journalism major, have both left SGA, but Wood said they met with her about the initiative before putting her in charge.

Wood is the social media coordinator of Emerson PRIDE — Progressives and Radicals in Defense of Employees— one of the organizations that pledged its support when the initiative was introduced last semester.

She said she will assist in maintaining a collaborative relationship between SGA and Emerson PRIDE while drafting the initiative.