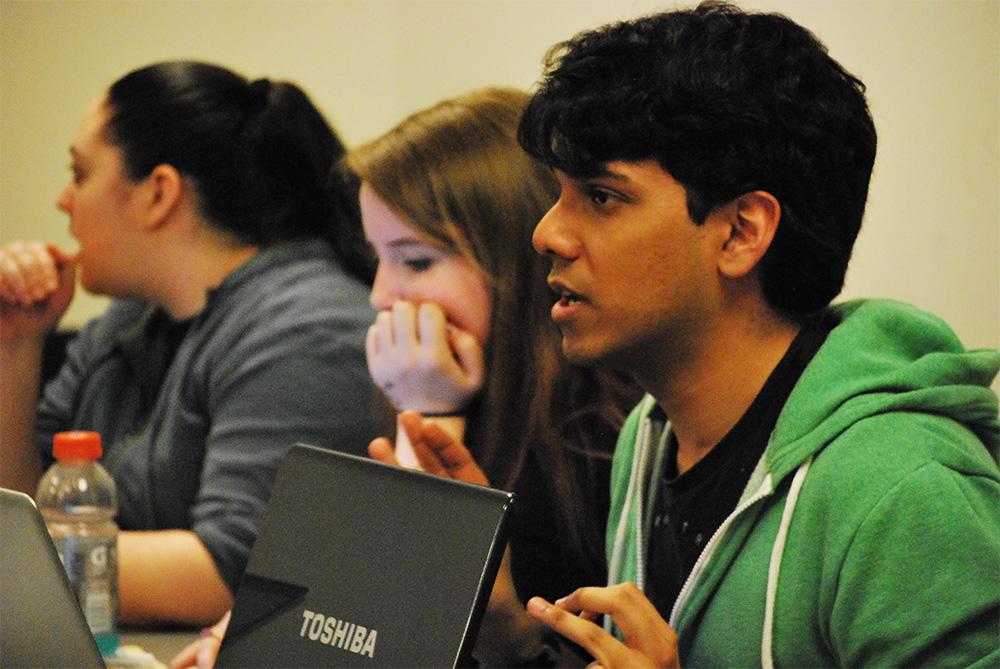 The Student Government Association (SGA) called on Emerson’s administration to curb the financial burden of this year’s tuition hike by reconsidering forthcoming construction projects, freezing tuition increases so each grade pays the same price for all four years, and improving its communication with the student representatives.

The SGA approved a letter by President Tau Zaman urging administrators to consider 10 bulleted points. Zaman refrained from suggesting a tuition increase, saying he and the SGA did not have enough information from the Board of Trustees to estimate a fair hike.

“Without an idea as to what projects the college wishes to pursue, and in what areas our costs are increasing, we were unable to calculate a reasonable number,” the letter states.

In the wake of multimillion dollar financial commitments in Boston and Los Angeles —$92 million for the Paramount Center, $6.5 million for Boylston Place properties, and the $85 million devoted to the Los Angeles satellite campus — the SGA suggested delaying future projects. The next major construction will be in 2014, when the college begins renovating the Little Building for an estimated $70 million.

“The student body has expressed excitement for Emerson’s ambitious expansion — which manifests itself in the construction and opening of new buildings and spaces acquired by the college — but also discomfort at the notion that their tuition dollars are going into expensive projects which they will not see come to fruition, or have the opportunity to enjoy, before graduating,” the letter said.

Traditionally, the SGA has made a numerical recommendation to the Board of Trustees for a tuition increase. At Tuesday’s SGA meeting, Zaman began the debate by suggesting representatives consider recommending a tuition freeze that would place a hold on the tuition price of the incoming class.

The tuition freeze policy, adopted recently by Mount Holyoke College and implemented at more than 100 colleges and universities around the country, would require the tuition price to remain the same for each year a student was enrolled with the college. The cost of the college would increase with each incoming class, and SGA members discussed the implications this could place on prospective students.

“In the proposed tuition freeze we see the benefit of students being able to plan their finances so they may attend the College for their full Emerson career. We were concerned that this however would result in a particularly steep increase for each incoming class to make up for the difference in revenue,” the letter states.

The SGA also called for  acknowledgement from the board that students have had to leave the college because of costly tuition increases and a request for more open communication to the student body regarding the college’s distribution of finances.

“I get that Emerson is getting its name out there,” Zaman said Tuesday. “We are being really ambitious, and that costs a lot of money. But for me, I think I’m having a great experience with the things I have. That’s my take.”