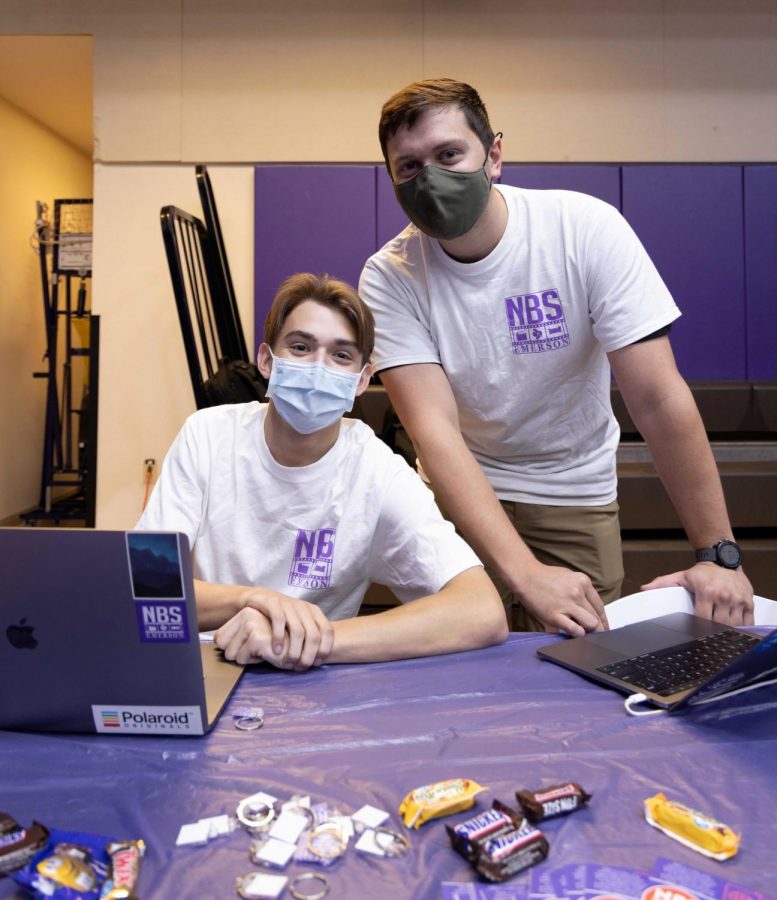 After 18 months of only using Zoom, student organizations are once again filling theaters, staging scenes for film sets, and collaborating with each other to create art. The true on-campus experience can be felt by every student this fall semester.

One of the many back-to-normal organizations is National Broadcasting Society, which gives students first hand experience with professional production equipment for four projects per semester. The executive board mentors new members through different beginner roles—so there’s a spot for anyone.

Sophomore VMA major Miranda Nicusanti, the organization’s marketing director, said she aims to recruit more students via social media in an effort to get more people involved in their fall projects.

“We’re trying to build a bigger sense of community and get more people involved through our series now that we can have more people on set,” Nicusanti said.

Due to COVID restrictions last year, NBS did not have the opportunity to host hands-on experiences. Now, Nicusanti is excited to see new faces in the organization.

“Our sets were quite limited [last year], as were everyone else’s, so I think it was harder to engage and do our function as a learning organization,” Nicusanti said. “We want to find a way to get more in-person involvement. We obviously understand the limitations due to COVID, so I think trying to find a way to bring people together in a way that’s COVID safe and beneficial for students to learn, [that’s] the ultimate goal for the semester.”

One of NBS’s main projects is Musicians Wanted, a multi-camera studio show that features Emerson musicians, which is in-person this year. They also host an industry training series, which focuses on technical training for students with little experience and offering industry tips, according to Nicusanti.

“We want to help new students to give them exposure and access to being on set because for freshmen, it’s pretty hard to navigate your way through productions,” Nicusanti said.

Given that most NBS projects revolve around collaboration with multiple people on production sets, transferring back to online would hinder their abilities to effectively run their organization. Also, some roles may have to be turned away due to limitations on certain sets.

Junior Birk Buchen, a visual and media arts major and the president of WGE, is hopeful for the organization’s third semester.

“Sometimes at night it’s easier to hop on a Zoom with a bunch of other people and everyone’s getting the same job done rather than meeting up,” Buchen said. “But now that we’re back on campus and things are a bit easier with restrictions, we can meet up, so we’re planning some fun events this coming semester, which should be exciting.”

Writers can either participate as individuals or in a group. WGE has a structured script-development program with editors going through the full screenwriting process.

“Coming up, we’re sending out an application for people who want to join as a writer to be a part of the community,” Buchen said. “When the applications release, there should be some other fun marketing events that we have going on to get people knowing about us because we’re still so small, and also to see if people would like to join, meet people, or network.”

d WGE guides writers on their creative journey of producing stories and then potentially pitching them to one of the various Emerson production companies, like Emerson Independent Video, Buchen said.

“When it comes around to pitching, we can get some shows and films picked up, potentially talk to other production companies at Emerson to see if we can give them that fast pass if we got a really good story on our hands,” Buchen said.

Buchen is eagerly anticipating the new feature film section within WGE, which consists of a year-long writing process rather than semester-long sections, which are used for short form and television.

“I’m looking forward to everything, even the bad stuff because you can always learn from the bad stuff,” Buchen said.

Student Engagement and Leadership director Jason Meier said much of his office’s work this semester has been helping organizations adapt back to in-person meetings after having so many experiences virtually.

“We’ve been working really hard for the last 18 months in keeping things up and running through COVID,” Meier said. “It’s been super challenging with ever shifting policies and procedures, changing what we can do in-person versus remotely. So much of our energy so far this semester has been assisting our groups to get back on their feet.”

Readjusting to being around people again after going remote and virtual is difficult for everyone, Meier said. Though it’s exciting to see people face-to-face, limitations arise regarding restrictions when organizations experience a surge of interested people.

“People walked away with hundreds of signups [at the organization fair],” Meier said. “We don’t have a space that’s gonna fit everyone who signed up, so how are we handling this influx in energy and excitement around our organizations? How do we make sure that our new members feel welcomed and valued? How do we continue to build off of that excitement and make sure we’re doing things in a way that we don’t leave people behind?”

SEAL emphasizes the importance of joining an on-campus organization as it is a way to build new, personal connections with people. For new member recruitment, Meier uses the saying ‘people join people,’ emphasizing how students are drawn to others of similar passions.

Even though students can still develop a relationship with their peers virtually, in-person meetings are ideal.

“It’s so much easier when you’re able to read the room, read the energy, look at the vibes that people are throwing off and realize how we’re gonna work and interact with people,” Meier said. “All in all, I think being in-person is easier to connect with other people. It’s easier to build that comradority, that energy, that is going to keep an organization together moving forward.”

Additionally, various performing arts organizations such as Emerson Dance Company, Emerson Urban Dance Theatre, Emerson Stage and Musical Theatre Society are no longer pre recording shows in small set rooms. Instead, they are returning to the stage, excitingly in front of a live audience.

Since second-year students’ first-year was far from normal, physically meeting people with similar passions makes it much easier to connect than a designated hour-long Zoom meeting. With only two weeks into the fully in-person semester, the city campus is already more lively and is showing through engagement with student organizations.