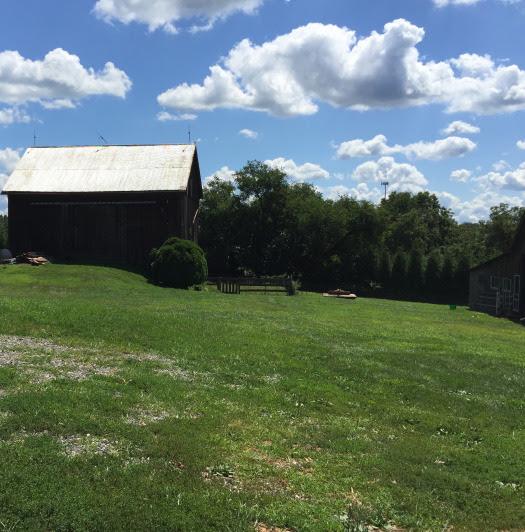 Senior Caroline Cassard’s waffle iron is a relic. A well-loved hunk of metal that shows its age but, miraculously, still works, the griddle was found at a swap shop in Cape Cod while Cassard was visiting her Aunt Sue last summer. They scrubbed, polished, and resuscitated the machine, and afterward spent many mornings indulging in vegan banana bread waffles.

Cassard is the creator and writer of Caro Crunch, a food blog with recipes, essays, and reviews. She said that while growing up, her dinners consisted of frozen pizzas, mac and cheese, and Aunt Jemima pancakes—not exactly the kind of diet that inspires a healthy, well-balanced relationship with sustenance. But with two working parents, homemade meals were a rarity.

“We had whole wheat bread rather than white Wonder Bread, but we also packed the fridge with honey buns, frozen waffles, and pre-packaged muffins while I was growing up,” the writing, literature and publishing major said. “We had green ketchup at some point, and all of those weird ‘90s foods that were marketed to kids because we begged for them.”

Then, at the age of 14, Cassard said she went vegetarian because of animal-cruelty concerns—a lifestyle change her family’s routine didn’t quite support. With a busy mother unwilling to prepare both omnivore and vegetarian options every night, Cassard took initiative and began stocking the fridge with polenta, tofu, extra vegetables, and chickpeas.

Soon after, she said she enrolled in a baking class at the local Michael’s craft store. In a room filled with middle-aged women, teenage Cassard learned how to create sugar flowers, how to pipe frosting with differently-shaped tips, and how to make three-dimensional clowns that could sit atop a cake. The final assignment for the class involved baking a two-tiered, oval-shaped lemon cake, covering it in a white buttercream frosting basketweave, and adorning it with sugar decorations.

“That was a weird phase,” Cassard said. “Everything I made looked like shit, but, we try, you know?”

Regardless of her cake catastrophe, Cassard continued to bake, her passion for the artform developing with every batch of peanut butter cookies and unleavened loaf of bread.

“I like the order of a good recipe,” Cassard said. “There’s a bunch of ingredients with steps to follow where there’s still room for alterations, and descriptive writing that makes you feel like the author’s in the kitchen with you.”

While running Caro Crunch, Cassard said she freelances for lifestyle publications like Paste Magazine. A longtime fan of Cherry Bombe, a food magazine, she aims to freelance for similar outlets in the future.

A friend from Cassard’s time on staff at Atlas Magazine, Celina Colby, who graduated in 2015, said that Cassard’s writing ability sneaks up on you because of her humility, and her lack of interest in bragging about her work. Colby runs her own popular fashion blog, Trends and Tolstoy, and said she follows Cassard’s own blog religiously.

Cassard said that her mother called her one day to say that she and Cassard’s sisters had found Caro Crunch, lightly accusing Cassard of hiding her work from them. Her mother has also voiced plenty of concern over Cassard’s going vegan, worrying about her ability to properly substitute the nutrients that come from non-vegan foods.

“She started telling my relatives about it as if I had cancer, saying, ‘We knew this was coming, but we didn’t know how soon,’” Cassard recalled. “I was like, ‘Oh God, I just don’t eat eggs and milk, that’s all.’”

This summer, Cassard decided to work on her Aunt Lisa’s farm in Maryland. Lisa now runs a community-supported agriculture farm share, which involves growing certain crops to be harvested and divvied up for members that pay $25 per pickup. Cassard helped with the fruits and vegetables, noting that strawberries “are a bitch to plant” because the roots have to be vertical in a small hole, with no air pockets, and done in August when it’s boiling hot.

Cassard said that her time on the farm bolstered her dedication to locally-harvested and ethically-raised ingredients. For lunches, Cassard would cook with Lisa and the 28-year-old intern who lived on the property in a trailer, using locally-made bread, lettuce from the garden outside, and cheeses from the farmers market where Lisa has a stand. An article Cassard wrote about her time working and eating on the farm was recently published in Remedy Quarterly, a food magazine.

Cassard also took the time to catch up on her reading, from Jonathan Safran Foer’s Eating Animals to  T. Colin Campbell’s The China Study, which discuss topics of factory farming and commercial fisheries, and the connection between consumption of animal products and chronic illnesses, respectively. Cassard is passionate about these issues, and writes about them on Caro Crunch.

“Beyond the direct physical diseases that maltreated meats and animal products can carry into the body, the animal’s sense of struggle might as well be absorbed into the human bloodstream, too,” Cassard wrote. “Questioning neglectful factory farming methods’ effects on our taste buds and our bodies isn’t so farfetched of an idea.”

With a smile, she said that she recently converted her Aunt Sue to pescetarianism. But she quickly threw in an addendum, addressing the stigma that non-omnivores are seen as aggressive about their beliefs, in character with her modest personality:

“I don’t want to be the annoying vegan, though.”