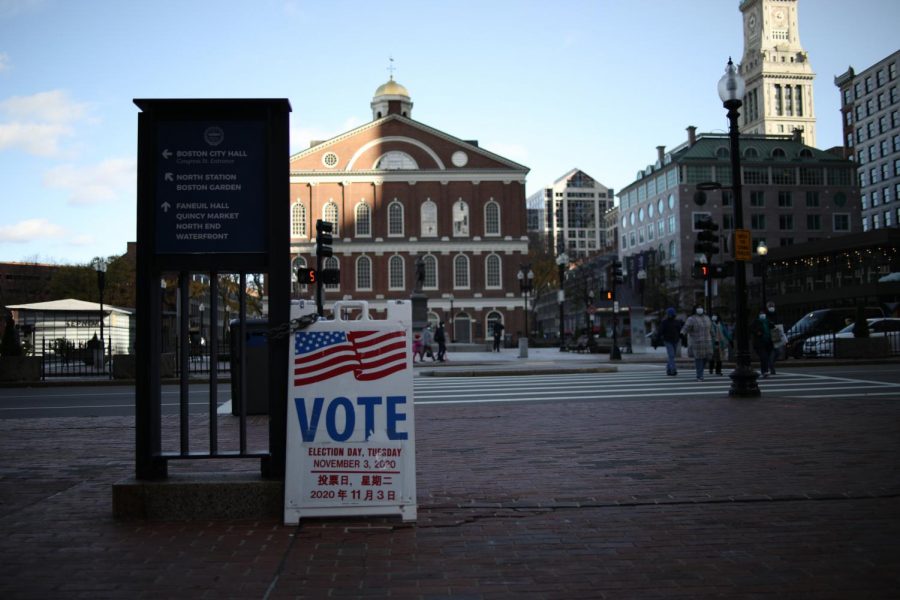 The 2020 presidential election saw record-high numbers of Emerson students casting their ballots at the polls or by mail, mimicking the nationwide trend of historic voter turnout, according to a recent study by Tufts University.

Emerson was part of a trend of universities nationwide that saw an increase in voter turnout among students. The college reported that more than 76.1 percent of students cast ballots in the November elections, surpassing the national average by over 10 percent.

“You hope for a result like this,” Director of Student Engagement and Leadership Jason Meier said of the 2020 results.

Meier, who directed SEAL through taking over the college’s push for voter registration in 2016, said the college employed a series of tactics, such as community-wide emails, in order to get students out to the polls. As part of the Higher Education Act—a federal law passed in 1998 that governs higher education programs—the college is required to provide students with resources on how to register to vote.

“We talked about [voter registration] at orientation, we talked about it in Emersion [a 1-credit first year experience course],” he said. “We worked with residential assistants to do programs about it and you just have to hope that people are going to actually show up.”

“Knowing that they did is just beyond gratifying,” he added.

Meier argued that voter registration is an essential part of SEAL’s mission—and said his belief was vindicated by the heightened student turnout in 2020.

“When I first saw this year’s number, I was like ‘Yeah, voter registration should stick with SEAL for a while,” he said. “Engagement and voter engagement, they’re the same thing. It was absolutely the right thing to do, to take this on with SEAL and be really proactive in it. It is really empowering—and it feels nice to see with numbers, letters and data—that your work is successful.”

Emerson’s 18-21 age group, which encompasses much of its undergraduate population, saw a 13 percent increase in its turnout; 2,211 students from this group cast ballots in national and/or statewide races, up from the 1,804 who voted in 2016. The second highest voting population was students aged 22-24, amassing 523 voters.

For Meier, who will depart Emerson on Nov. 19, the study acted as his “victory lap” at Emerson.

“As an old, jaded member of Generation X, my time to make an impact like that is over,” he said. “Gen X, we’re forgotten. It’s about you; it’s about Gen Z. It is about 18-to-22 year olds today, who are really going to change things and putting you in those positions, where you can have massive amounts of impact.”