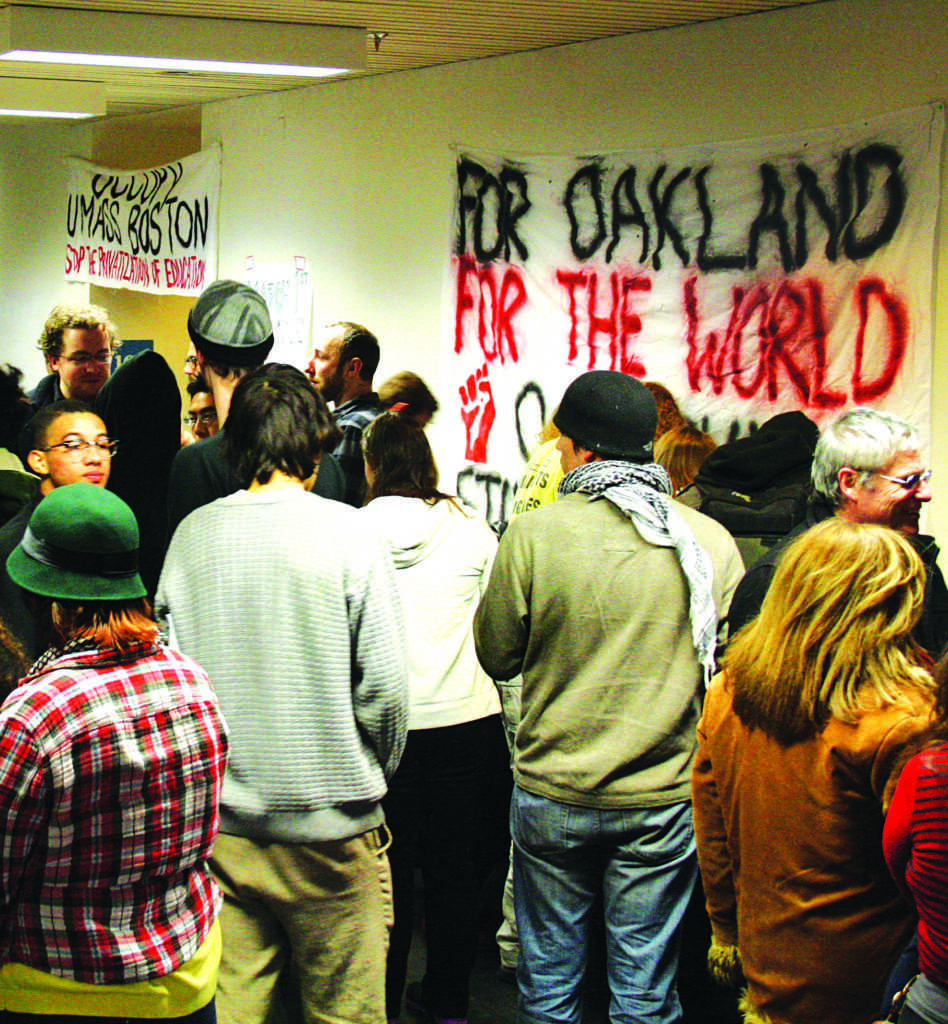 Emerson occupiers joined more than 80 other college students at a summit at Harvard University Sunday to discuss systemic issues that do not normally receive attention at general assemblies, according to Emerson Occupies Boston member Mark Rizzo.

The Feb. 12 summit brought students from 18 local colleges and other New England schools to refocus the efforts of Boston’s student occupiers.

The summit started off with a discussion about student debt, and what students need to do to save themselves from being in debt after college, according to Rizzo.

“Students are not passive consumers of culture and education,” said Rizzo. “Students are powerful, active members of society and we deserve to be treated as such.”

The occupiers then examined education inequality, pointing to the strong student union in Chile and the success of charter schools as directions that they feel the system should move towards. There was also talk of involving students at high school and community college by setting up a “Liberation School”, where those enrolled would be taught about Occupy-related issues, according to Rizzo.

Afterwards, speakers talked about some of the internal problems that plague the Occupy movement, such as gender violence, and the group discussed what it meant to, “be an ally.” The students then broke up into smaller, “Identity Breakout Groups” and further discussed how to combat such issues. Email lists were constructed in order to allow faster mobilization of support in case a dire situation arises, according to Rizzo.

The summit ended with speeches from Sam Christiansen, a Northeastern University professor, and Noam Chomsky, a noted author and Massachusetts Institute of Technology professor. Christiansen spoke about the power of student movements and language and Chomsky talked about the need for students to take action, according to Rizzo.

Emerson Occupies Boston now looks ahead to its planned days of action and such days organized by the general Students Occupy Boston movement. Emerson Occupies is planning a tentative teach-in on Mar. 1. The larger Boston student group has protests planned for Higher Education Day on Mar. 1 and MayDay on May 1.