Students bouncing and backing nearby nightlife 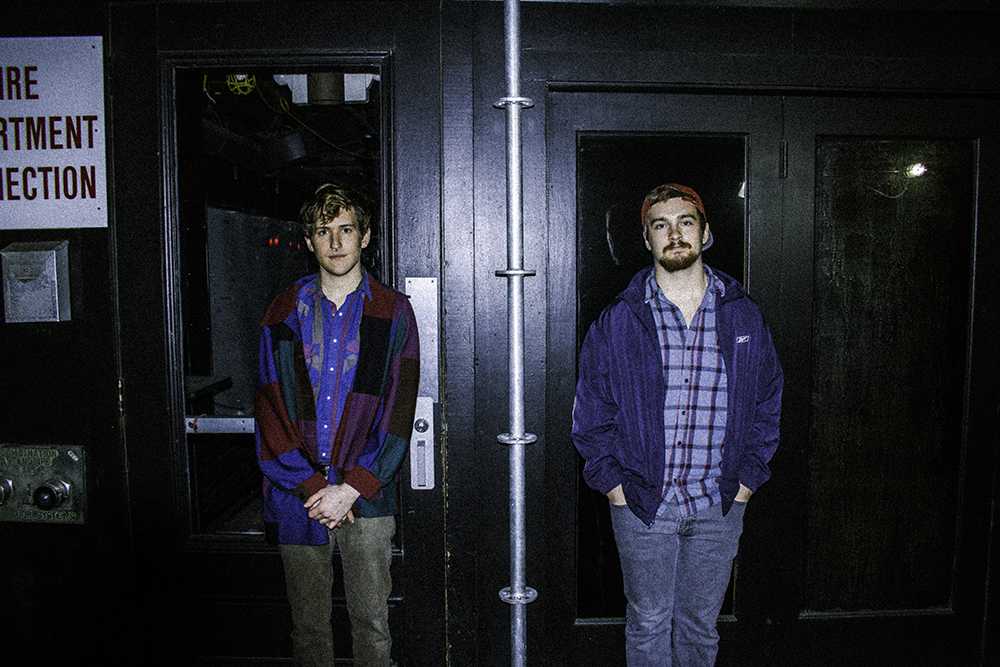 Snaking through crowds of patrons, carrying heavy buckets of ice, and trying not to slip on spilt vodka cranberries made up a typical shift at the now-closed Stage Nightclub for Dalton Kearney, a barback. His roommate, Christopher Piettro, stood outside at the door.

With Emerson located on the edge of the Theater District, there’s a myriad of nightlife in the neighborhood, and a handful of students work as the barbacks, bartenders, and bouncers in this downtown pocket. A big draw for these types of jobs is the late-night hours that don’t conflict with weekday classes and the potential to rake in large amounts of tips.

Piettro and Kearney, both freshman visual and media arts majors, met when they became roommates.

Piettro said because he hails from Atlantic City, New Jersey, and accustomed to working jobs with cash tips, he decided to seek a similar one in Boston. After wandering around the area near campus, and getting denied from Whisky Saigon, he said he landed an interview at Stage.

Originally aiming to be a bartender or barback, a bartender’s assistant, Piettro said he was offered a security job due to openings and his large stature, despite only being 18 at the time.

A few weeks later, when his roommate Kearney was looking for a job, Piettro said he helped him land one as a barback at the same club.

Drawn in by the possibility to make a week’s worth of pay in only two nights, Kearney said he signed up, but probably should have done more research beforehand.

“My first night was definitely very tiring and very confusing especially if you haven’t worked in a setting like that before, or you’re not necessarily used to the pacing or the responsibility,” Kearney said. “It was trial by fire.”

Kearney said his duties as barback were extensive and included cutting up fruit for garnishes, cleaning spills, and most importantly, keeping the drinks stocked.

“You don’t want to go in blind,” Kearney said. “The stress will completely overwhelm you. You’ll be miserable. You’ll quit before you can even start.”

Piettro said overall he really enjoyed his job. He said it was nice to feel supported by the other bouncers, especially on hard nights. He said he remembered checking IDs outside and getting death threats from drunk under-aged patrons getting turned away. He also said he recalled watching a coworker get punched in the face on Halloween.

“It is a job where safety is a concern,” Piettro said. “Especially security, you’re the asshole of the club—the sober guy that’s telling people they’re drinking too much.”

Senior marketing communication major Ian Gunn said he has also worked as a barback at Lolita Cocina on Newbury Street, and later as a bartender. He also ran string session events with live music on Tuesday nights at Bijou Nightclub & Lounge.

Gunn said that through working these jobs he got to meet a lot of cool people and artists, who he wouldn’t have been able to otherwise. The job, however, consisted mostly of cleaning up after drunk patrons.

Similarly, Stage served a lot of rowdy guests, according to Piettro. Kearney spoke of a night where a group of men in uniform overused their free drink wristbands and tried to fight each other near the bathrooms.

Even with these skirmishes, he said that he is much better at staying up late than waking up early so this job seemed perfect.

Gunn said he always felt a little ridiculous, however, because of how small the scale of nightlife in Boston is compared to European cities or New York that have later last call times and public transportation.

“[Boston] is just not the market for it,” Gunn said. “Everyone likes to fall asleep early.”

Even with the city’s comparatively early last call, Gunn would still find himself leaving work at 3:30-4 a.m.

Kearney said that one of the main downsides of working in this environment, although convenient, were the late weekend hours.

“I probably view [the hours] in a more negative light only because I was missing out socially in my first year, first semester,” Kearny said. “ When you’re working Friday nights from maybe 7 p.m. to 3 a.m., you’re missing out on a lot of that prime time. You get out of the club and you get all of these texts from your friends. [There is] always a feeling of missing out.”

Kearney said the job definitely comes with its own set of pro and cons, a set different from many other types of jobs.

“The novelty wears off quick when the party is your job,” Kearney said. “It all becomes background noise. You are more focused on getting things right.”