Students concerned about Tap and Go 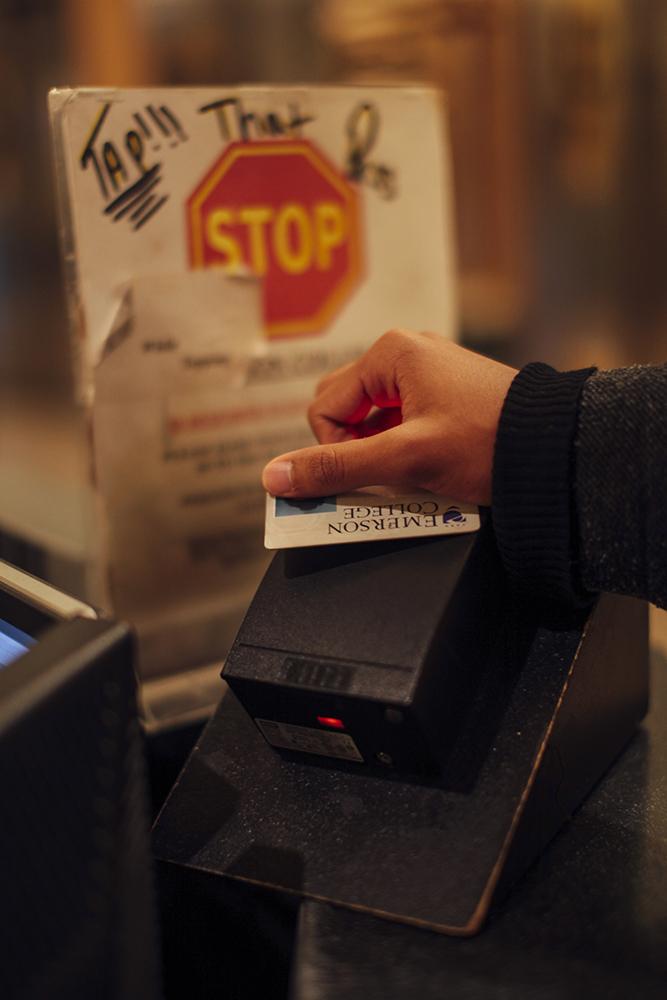 A month after Emerson’s new security procedure Tap and Go became permanent, some off-campus students are concerned about its safety and practicality.

Under the new system, everyone entering an Emerson campus building must tap their IDs or be signed in, and at night the outside doors of residence halls lock automatically, requiring an on-campus ID to enter. Little Building, Colonial, and Paramount lock at 11 p.m., while Piano Row locks at 2 a.m.

She said that she went to the Emerson College Police Department with her concerns, but was unsatisfied with the reaction she received.

Sarah Barnhard, a junior performing arts major, said that Piano Row being unlocked until 2 a.m. would not be enough if she was being followed or harassed near Paramount.

“If you’re in a dangerous situation, you can’t walk two blocks to get inside a building,” Barnhard said.

Emerson Police Chief Robert Smith said that students who feel unsafe should call ECPD or find a security guard outside of a residence hall.

“I don’t want to put our students at risk, but we’re keeping people who don’t belong in our lobbies out,” Smith said.

In past years, Smith said students had been harassed by clubgoers and homeless people who came into residence hall lobbies.

Both Barnhard and Collins said that, although Piano Row is supposed to be open later than the other dorms, they have not been able to tap in with their IDs between 11 p.m. and 2 a.m. on multiple occasions this year.

In a survey of 1,175 students, faculty, and staff after a Tap and Go pilot in the spring, 66 percent said that Tap and Go was easy to comply with.

However, Tatiana Ochoa, a junior journalism major and Beacon correspondent, said she was locked out of Walker while trying to turn in a project over the weekend.

An off-campus student, Ochoa said she tried to tap in at 6:30 p.m. after leaving work, but the doors locked at 6 p.m. When her ID didn’t work, she said she realized that there wasn’t a security guard at the desk who could to escort her to the room.

“I understand why they would implement [Tap and Go], but they need to make the hours longer,” Ochoa said. “It’s the weekend and you close at 6. That’s ridiculous.”

The survey showed that 46 percent of respondents felt that Tap and Go made Emerson safer. Collins wasn’t convinced.

“I understand that [Tap and Go] is trying to keep people safe, I just think they might be going about it in the incorrect way,” Collins said. “I don’t want them to wait for someone to get hurt.”