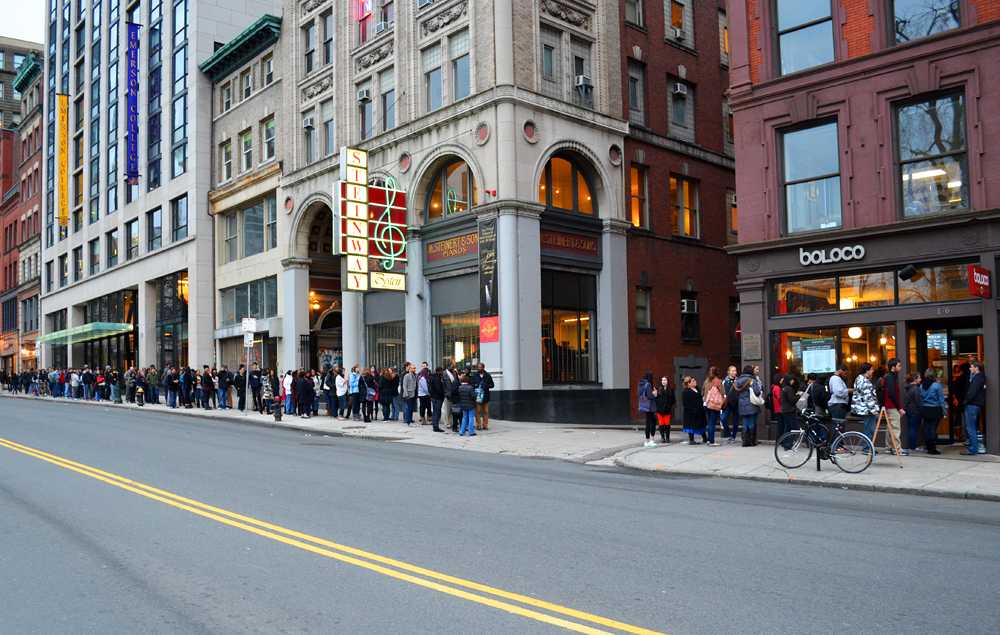 A line of more than 140 people stretched along Boylston Street 6:40 p.m. yesterday for Boloco’s free burrito day.Boloco Commons, the burrito joint a few buildings down from Piano Row, promoted its 15th birthday by giving customers free small and mini burritos and $1 original-sized wraps until 8 p.m.The line was packed with Emerson students, like freshman writing, literature, and publishing major Zoe Fay-Stindt who had just joined the eager eaters.“I have three dollars in my bank account so the [free burrito] is worth it,” said Fay-Stindt.Talia Robinson, a freshman performing arts major, said the money was also her motivation for enduring the wait.“I am broke, the Dining Hall is awful, and I want some real food,” said Robinson, who had already waited over half an hour and was still only mid-line.Kate Hanson, a sophomore communication studies student, said that she had come to the line earlier and decided it was too long, but when she returned and observed it was past Piano Row, she decided to get in line.“I mean it’s probably not worth it,” said Hanson. “My time is worth more than a $5 burrito, but I’m procrastinating from homework.”