Students devastated after college decides to send them home 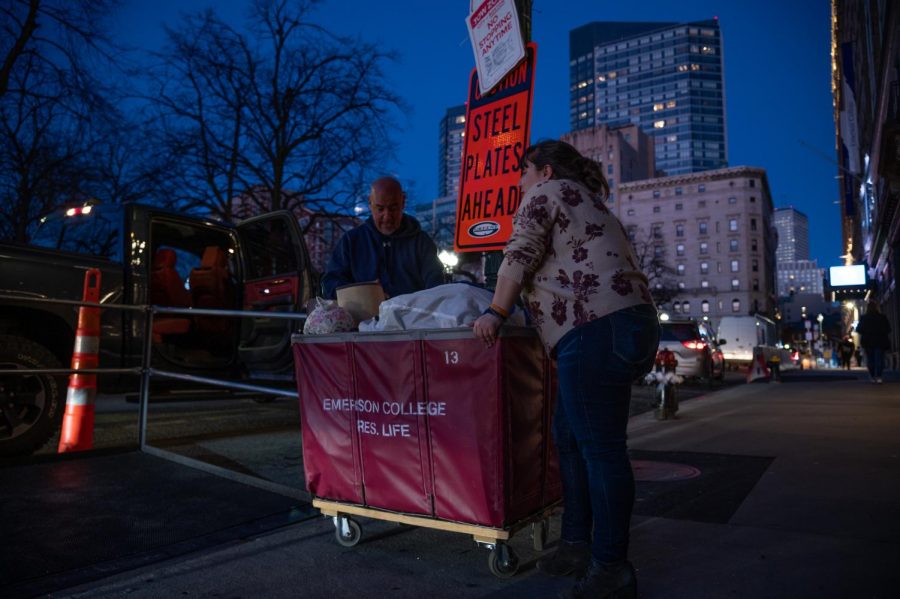 A student moving out of their dorm building.

Junior Joe Davidi said he will submit a request to stay on Emerson’s Boston campus despite the college asking students to leave because of fears of him going back to his family, who are quarantined with COVID-19.

The college announced in an email Friday night that all students must vacate campus residence halls in both Boston and Los Angeles by March 20—a reversal of an earlier decision that gave students the option to stay.

Junior Lauren Everhart-Deckard said she is worried about her friends who are from outside of the U.S. She also expressed concern about the college revoking its decision to allow students to remain on campus.

“I am worried about international students and people who can’t go home,” Everhart-Deckard said. “I hope they’ll be able to actually let the people who need to stay on campus. I hope the college doesn’t change what they said and allow people to stay.”

Everhart-Deckard said she is upset with how the college handled the situation and wished it would have made the decision to send students home earlier.

“I think it sucks that [the college] changed its mind,” Everhart-Deckard said. “It probably would have been better if they told us straight off that we couldn’t stay unless we had to apply. A lot of people who decided to stay now have a smaller window to leave because they put it off for a couple of days. Even though the prices are down, the tickets are still somewhat expensive.”

Senior Destiny Pineda said she had planned to stay in Boston for a few weeks and play the situation by ear, but can no longer do that because she purchased a plane ticket for Sunday after the college’s announcement.

“It’s just crazy right now because just three days ago we were told we can stay here until May and now they told us we only have a week,” Pineda said. “And it’s like Friday too. That’s so hard. That’s a week. Oh my god.”

Sophomore Davin Intag said that although the decision does not affect him and his plans to return home, he is also concerned about international students.

“I am worried about the people who are from different countries and who cannot go back because of all of this and the travel ban,” Intag said in an interview. “I don’t know what they are going to do.”

Davidi said he wished the college would have decided earlier to send students home because it would have allowed him more flexibility in his planning.

“I mean, it’s better than most other colleges so I can give them that,” he said. “Harvard gave [their students] much less of a turnaround, but I just wish they hadn’t said you can stay the whole semester because then I would have booked a flight earlier. Obviously, [they’re not in] control if the virus decides to spread.”