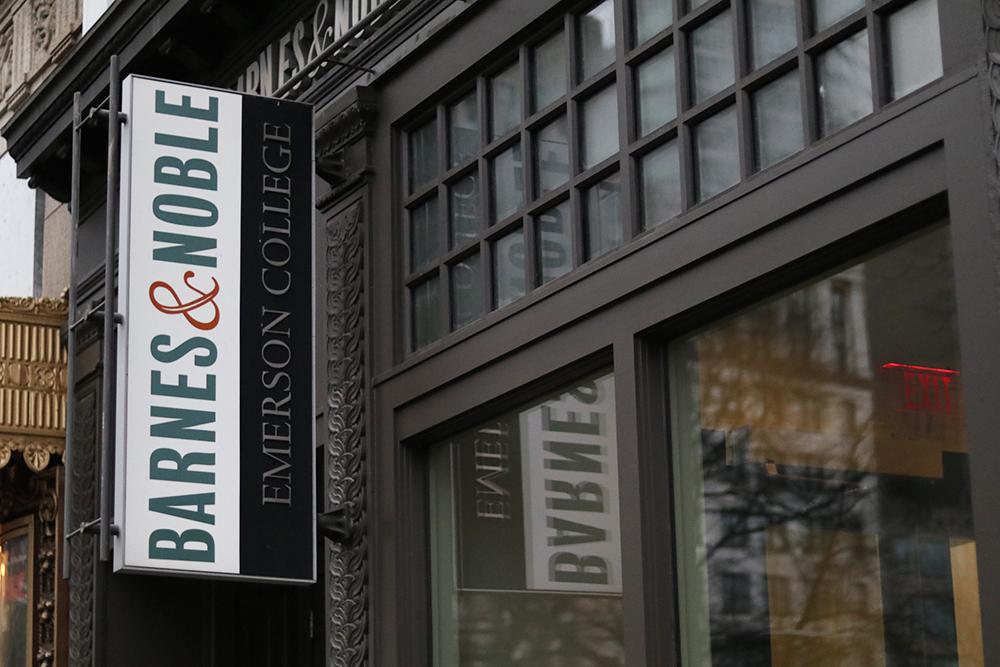 The Barnes and Nobles at Emerson College on Boylston St.

Students have reported significant delays in receiving textbooks, more than three weeks into fall semester classes, after the ordering process was shifted online as a precaution against COVID-19.

Several students have said they are still waiting on textbooks ordered more than three weeks ago, though college officials insist orders are being filled in three to five business days as expected.

Senior Performing Arts major Devin Davis-Lorton ordered their books a week before classes started but has yet to receive them.

“I had somebody that I didn’t know go to the bookstore four different times for me, and every single time he went, they gave him a different story of why they didn’t have my books,” Davis-Lorton said in a Zoom interview. “I tried calling them five to six times. I tried multiple different days. I emailed them, they finally responded to my second email. And there’s no way on their website to track your reservation.”

The delays come after the college transformed the textbook annex in the alleyway into an on-campus dining space, leaving the bookstore on Boylston Street responsible for processing student book orders. The college transitioned the ordering process online as part of its campus “de-densification” effort.

But Director of Business Services Karen Dickinson, who oversees the bookstore and the textbook annex, maintains that the order process is still running smoothly and that she is unaware of any delays.

“You order [the textbooks], and it takes three to five business days to get onto campus,” Dickinson said. “I do know if you order it at two o’clock in the morning, it will not be on campus for your nine o’clock class.”

Dickinson said that students who are experiencing delays can contact her or the bookstore for information on their order, though Davis-Lorton said the bookstore was unresponsive to their phone calls.

“The only person telling me information about the bookstore was the guy that I was texting that I met on the Emerson College Slack,” Davis-Lorton said.

Lydia Prendergast, a first-year creative writing major, also ordered her books before the start of the semester, though she eventually canceled her order after waiting for more tha three weeks. She said she was given no explanation for the delays.

“Teachers are not really sure what to do,” she said. “People are turning to online sources, but that does not work for me because I can’t read on a computer.”

Prendergrast said she lost patience with the bookstore and found another source for her books.

“I ended up canceling my order and just ordering them on Amazon,” Prendergast said.

Davis-Lorton said the order delays have left them behind on coursework.

“I had missed so many assignments that I had to make up the week that I got back from quarantine,” Davis-Lorton said. “It was unreal. I’ve just been doing homework 24/7 because I had to. I really had to catch up.”

Professors encouraged students to borrow a friend’s copy or find an online PDF until their books arrived, but Davis-Lorton said these solutions were unrealistic.

“A professor said to have one of my friends in the class scan copies of the book for me and not only do I not know anyone in the class, but that’s a lot of pages to illegally scan for a student,” Davis-Lorton said. “Somebody ended up taking pictures of some of the pages, but they were not easy to read.”

“I spent $208 on all of my books, and as someone who’s paying rent and utilities and for food, that’s so much money to not even get the books that I need by the time that I’m supposed to read them by,” Davis-Lorton said. “I’m calling them today to be like, I do not need this book anymore. But I don’t know if they’ll pick up.”