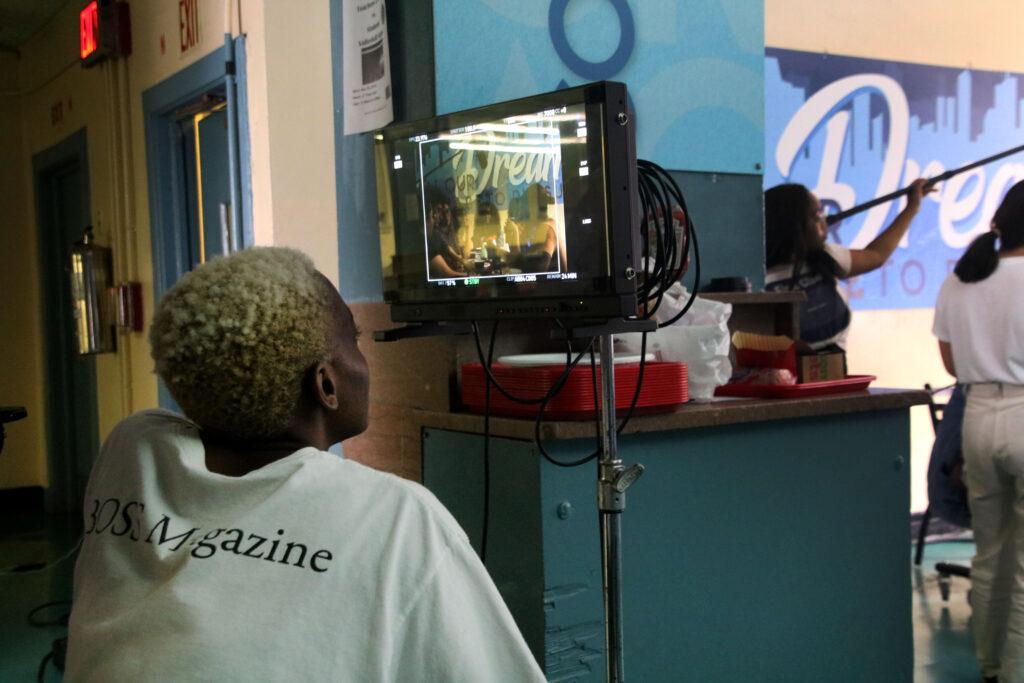 Senior Chassidy David began producing her Bachelor of Fine Arts film as a junior in February 2019, but she quickly learned that the funds provided by the college would not be sufficient to cover the expenses of her film—including transportation, craft services, and specialized equipment.

The Visual and Media Arts Department provides $500 per student for their year-long BFA film process, or $300 per student for their semester-long Bachelor of the Arts capstone films, VMA Chair Brooke Knight said in a phone interview. However, students must spend their own money upfront in order to later receive a $500 reimbursement from the college.

In response to the lack of funds, many students look to online crowdfunding platforms, such as Kickstarter, GoFundMe, and Indiegogo, to raise the necessary money. David raised $2,601 of her $7,000 Indiegogo goal in approximately a month. She also received $2,580 from the Emerson Enhancement Fund, a semesterly grant that students with identified financial need can apply for to support their extracurricular endeavors.

“Raising money was such a hard thing for me, because I didn’t come from money,” David said in a phone interview.

David’s film, Missing First Period, is based on her own experience battling homelessness in high school while competing for a college scholarship. David said that while she understood the limitations of the college to fund her project, she wishes they would have taught her more skills on how to secure the funds herself.

“I understand that going outside of Emerson and being in the industry is so much different,” she said. “But seeing that it’s an educational environment, and not being taught how to fundraise—it was definitely very hard.”

David said that, although many students achieve their fundraising goals, she believes this success is often connected to a student’s background.

“Generally, there’s a lot of spotlight on people who come from wealthier families, who have connections,” she said.

Knight said the VMA Department spent over $31,000 funding student films in the 2018-19 school year—approximately 12 percent of the department’s annual operating budget. Knight added that the department received additional thousands of dollars this year for their operating budget, and some of it is set aside for student project assistance. He said the college reimburses students rather than provides the stipend upfront so they do not have to report the payment to the IRS.

David said the college has not yet reimbursed her for the $500 she spent, although she filed for reimbursement in June. Knight said the college’s transition to the Workday employment software caused the delay.

Knight said the VMA program does provide significant non-financial support for students in addition to the stipend. For instance, the college does not charge an additional lab or activity fee on top of tuition, like the film schools at New York University and University of Southern California. He said the department also provides free local equipment rentals, film rolls, processing, and low-cost editing kits.

VMA Budget and Operations Manager James Delaney said the department wants to improve funding for student films, but they simply don’t have the resources to do so yet.

“The budget has remained pretty flat for many years,” he said. “But at the same time, we’ve had more full-time faculty and more students.”

Although a common cost for students is providing food for their cast and crew throughout filming, Delaney said the college can no longer reimburse for food or drink. Underage students purchased alcohol or unrelated birthday dinners and charged these to the college in the past, according to Delaney.

“That’s one of the few areas that we can’t help with, just because it’s been abused,” he said.

Although a student’s grade isn’t tied to the amount of money they spend, David said that many students feel pressure to make their films as high-quality as possible in order to submit them to festivals.

“A lot of us, including me, ideally would want to submit this film to festivals and kind of give us a pedestal into the film industry,” she said. “So a lot of people do want to put a lot of money into it, for just the production value to come off as higher.”

Knight said he is not aware of any large-scale student concerns regarding initially spending their own money.

“Oftentimes, these projects are quite large, and so maybe the director can’t front the money, then maybe the producer can or the cinematographer can, or they can do some combination of it,” he said. “I haven’t heard that big of a problem.”

“It’s really supposed to be a full experience so that you can learn more about independent filmmaking,” he said. “Now I really know you need to pick and choose where this money is going to, because if you’re putting it somewhere, it’s not going somewhere else.”

Knight said this enterprising attitude is helpful for students gearing up to enter the film industry.

“Being efficient and making sure that they work within a budget is a good learning experience for students,” he said, noting that many of these students will go on to produce low-budget films throughout their careers. “They’re not all going to make the next Marvel movie.”

Knight said that, though he hopes for fewer financial barriers to creating student films, he doesn’t believe the cushion of college funds should displace the hard work that students should bring to their projects.

“My hope is to have more funds that specifically support student projects,” Knight said. “I don’t know that we’re ever going to be able to fully support all the projects all the ways that students want to do—and I don’t know that that’s the right thing to do, either.”