Students write for our lives to honor protest 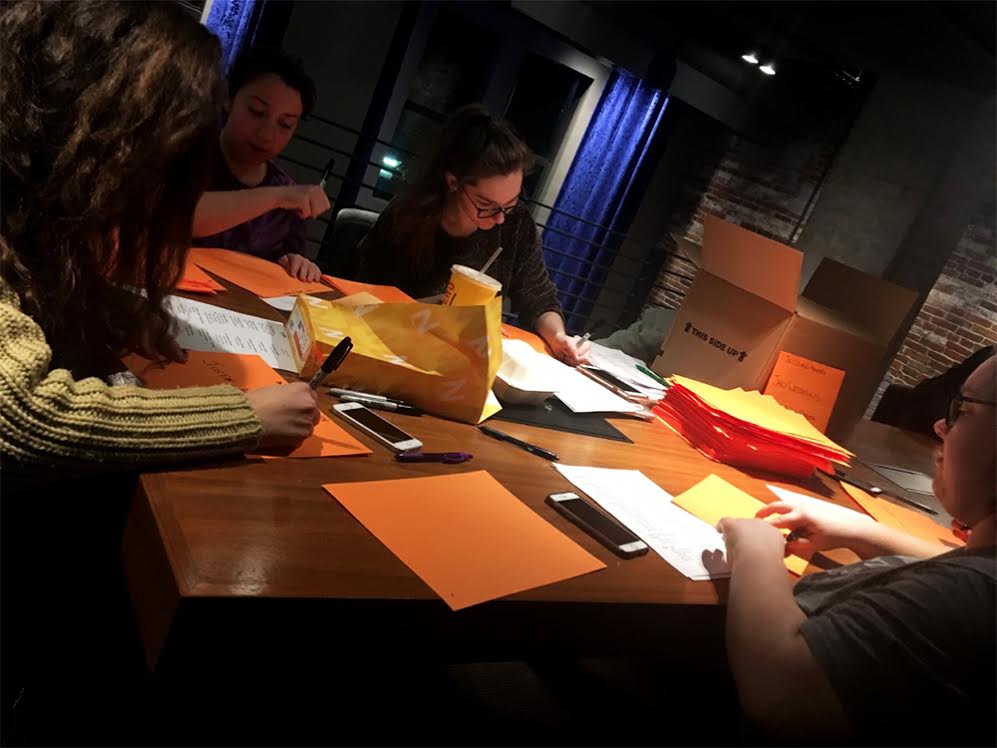 The scratching sound of Sharpies on paper echoed from the 2 Boylston Place conference room for over eight hours on Friday, March 23.

Freshman performing arts majors Sarah Heidrick and Shelby Broughton led a group of students to write the names, cities, and states on orange construction paper of roughly 2,000 victims of shootings in the U.S. They handed the signs out at the March for Our Lives: Boston rally.

“I think names are so important because they are a person’s identity,” Heidrick said. “I believe when someone is shot and killed … it can be seen as them being stripped of their identity. So, I believe a name is so important to keep their legacy.”

Heidrick said she prepared for the march for over a month. She said she used the Gun Violence Archive, a nonprofit that distributes information on gun violence, to compile a list of names of those who have died since 2013, and includes older, major shootings like the Sandy Hook Elementary shooting.

Broughton said she felt shocked seeing how many families or family members died together.

Freshman Dani Jean-Baptiste joined Heidrick and Broughton later in the day to help document the victims. She said the media’s focus on statistics rather than individual victims strips the humanity from those who died.

“To give [victims] a name is to relate them to the everyday person and make them seem real rather than just a number,” Jean-Baptiste said. “I wholeheartedly support Sarah [Heidrick’s] push to do this.”

Heidrick said the project reminded her of a personal close call. She said she left Zombiecon, a horror-themed convention, 20 minutes before a shooter fired into the crowd.

“We need a waiting period for guns, because if you have the ability to turn on your wife and your family … ” Heidrick said. “It’s terrifying how easy it is for murder … It’s harder to sneak a three-ounce bottle of water onto a plane than it is to buy an assault rifle.”