Surviving the day-to-day of interning in LA 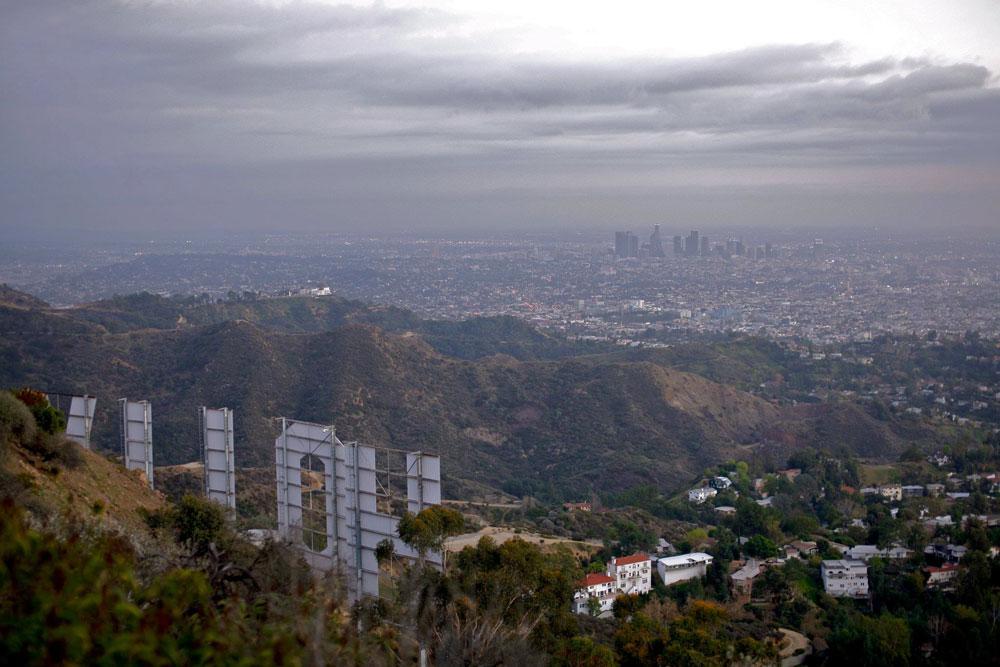 LOS ANGELES — “And how’s your internship?”

It’s a question we at Emerson’s LA program encounter every day, and we’ve built an arsenal of generic answers to counter it—everything from “awesome” to “hard” to “busy, but good.” There’s one I’ve begun to stick with, though:

No, not a Six Flags, state-of-the-art brain-melter that shoots fire at you. It’s more of a Disney-esque log ride, a series of crests and troughs lined with animated, robotic characters who warn you, help you, cackle at you, all of it smushed together to form some kind of narrative with a lesson. The only way to figure out the lesson is to keep riding it, whether it makes you giddy or sick to your stomach.

The rickety, upward conveyor belt is the internship application process; Emerson provides students with a database of job postings, along with bountiful good advice. Other than that, you’re on your own. Most students arrive at a winterless Los Angeles in January without having even secured interviews, minus those tunnel-visioned few who sought out their dream company in late November. Students typically send out resumes just after New Years; almost every company with a legitimate internship program will arrange interviews for Emerson students who submit resumes. The Emerson Mafia is tangible here in the City of Angels: Dozens of students currently have Emerson alumni as their internship coordinators, and you’ll be hard-pressed to interview somewhere that hasn’t recently employed (and been impressed by) Emerson students.

Securing the job is the simple part: Some students take a longer time sealing the deal than others, but ultimately, everyone gets an internship. The real challenge is figuring out what company is right for you. I recommend canning the concept of “the dream internship.” Keep your dreams lofty and your internship search levelheaded. The interview is an invaluable tool for gauging a company’s work atmosphere.

The first company I interviewed at was Heyday Films, a tiny development office on the Warner Brothers lot and production company for the Harry Potter series. The interview consisted of the assistant and I walking around the lot, going to Starbucks, talking about Europe, and lamenting our proclivities to waste time on Facebook. The second, at Scott Free Productions, took place in a sleek conference room, and featured more questions about experience and evaluations of personal strengths, and weaknesses. The dilemma here was to choose between a bigger, more renowned company where I would have less access to decision-makers, or a much smaller office where I’d work side-by-side with executives, but probably be less busy. Big company vs. small company is a huge factor in choosing an internship, and you need to think deeply about which will better suit you to learn and grow as a professional.

Interning students are tasked with a vast gamut of duties and odd-jobs; the hands-down most important and universally applicable of these is to keep a good attitude. This age old, summer-campy mantra will never be more valuable to you than it is over the course of the LA program. At least 75 percent of students in the program are awarded the duty of maintaining the kitchen as part of their internships. Almost no postings mention this in their descriptions, but be prepared to make friends with the dishwasher (machine, not person). The good news here is that being congenial and outgoing in the kitchen is the easiest way to get noticed in the office. And everyone comes to the kitchen—not just the assistants: You never know what kind of fascinating, and possibly important people will need a bagel while you’re in there. The bottom line: thinking that your Evvy makes you too special to wipe coffee rings off the table will get won’t get you anywhere. Your constant smile, however, will.

You most likely will be asked to go on errands; it will often be posed as a question:

Always say yes. You may think whatever else you’re doing is more engaging and worth your while, but errand-running is where the magic happens. Firstly, it gets you noticed; the more you run errands for someone, the more that person registers your name, face, and ability to get things done. Also, while nine out of 10 errands are lunch runs or trips to the bank, that one in 10 is something novel and awesome. A few weeks ago, an assistant asked if I could drive Josh home. Sure, I said, and Josh ended up being Josh Trank, the 27-year-old director of the recent hit Chronicle. I drove him downtown, and thanks to eastbound traffic, got to spend 45 minutes picking his brain, discovering we went to the same day camp as kids, and just getting to know a brilliant, passionate, down-to-earth person. One of my friends interning at a commercial production company continually took a director’s clothes to get dry-cleaned. After the umpteenth time, the director asked him, “Hey, I’m going surfing during lunch. Want to bring my $30,000 camera along and film me?” The director has since lent him all sorts of top-of-the-line equipment, and even offered him an assistant position.

Our internships are more than running a series of errands, though: I read scripts and write coverage of them, even though I don’t completely understand where they go or what purpose they serve. My goal coming into the LA program was to understand the cranking cogs of a development office, and I feel like I’ve just barely peeked beneath the curtain. This is something to take into account if you’re going to work at a bigger company. Students who intern at smaller companies usually do not run into this problem. However, in either situation, no one will go out of their way to give you a company 101. Be outward, ask questions, assert yourself when appropriate.

Ultimately, it’s the people you work with on a day-to-day basis that will even out the roller coaster ride. Everyone, from reception to the assistants to the VPs to the directors, have interned before. Despite LA stereotypes of too-cool-for-school narcissists, Hollywood has an abundance of happy people who love what they do. A vast majority of students in the LA program like their coworkers and feel that they are treated with respect.

And when you finally disembark the ride at the end of the day, there’s still some time to explore the beautiful, bizarre city that is Los Angeles. Classes here are not as rigorous as those in Boston, so come Saturday, get in your car, or if if you’re feeling patient, the Metro, and for the love of God, get out of the Oakwood apartments.