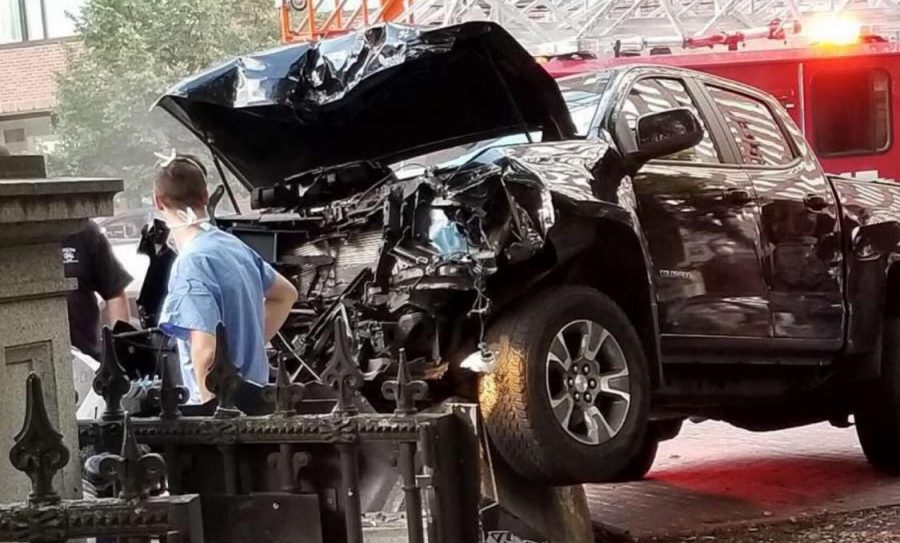 A man has been charged with stealing a pickup truck in downtown Boston Thursday before committing a hit and run near the Public Garden that left a pedestrian with “life threatening injuries,” police said Friday.

The pedestrian, identified as an adult woman, was transported from the scene of the accident with life threatening injuries. She remains in critical condition.

After crashing the pickup truck into the fence of the Public Garden near the intersection of Boylston and Charles Street, Andrade fled the scene on foot, casually walking across the street and attempting to blend in with the crowd, according to a BPD press release.

At around 8:30 P.M., officers located a man matching Andrade’s description and arrested him.

“Detectives observed a male matching the description of the suspect in the area of Washington Street and School Street,” the press release read. “As they approached the male and engaged him in conversation, the male identified himself and officers immediately discovered he had provided an alias. The male, who had two active warrants, was placed under arrest.”

Andrade was expected to be arraigned in Boston Municipal Court on Friday.