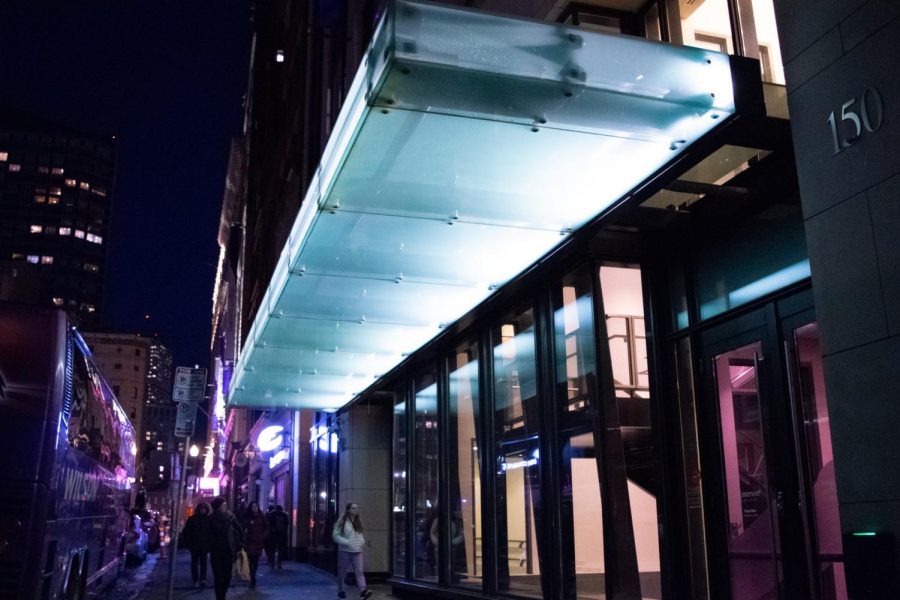 Emerson police are investigating the source of four swastikas “scrawled” in Piano Row after a student reported the graffiti early Wednesday morning, according to college officials.

The discriminatory, anti-Semitic graffiti was located between the 10th and 11th floors of the residence hall and it remains unclear when it was created. Vice President and Dean of Campus Life James Hoppe said ECPD might encounter difficulties when determining the perpetrator and recovering physical evidence from the site.

“Odds are somebody knows who did this and so if anyone would have their ability or willingness to come forward and share information they know that would be very helpful,” he said.

In a community-wide email sent out late Wednesday afternoon, Pelton said he is consulting a handful of senior administrators about the best way to “engage our community in our strongest denunciation of this hateful act.” As of publication, administrators were in the early stages of planning a vigil for Thursday at 4 p.m. with a location still up in the air. Jewish Advisor Jake Freedman and Hoppe plan to lead a vigil at 4 p.m. in the Reflection Room located in 172 Tremont St.

“At a time when anti-Semitism and other ugly forms of bias are on the rise around the world, the Emerson community needs to hold all the more strongly to our values, and to be united in our condemnation of it,” Pelton wrote in the email.

The incidents at Emerson College follows a nationwide, heightened sense of awareness among the Jewish community. Residents in New York experienced a string of anti-Semitic crimes including the stabbing of five Hasidic Jews by Grafton Thomas at a rabbi’s home as they celebrated Hanukkah in December, according to the Associated Press.

Reports from the Associated Press also detailed several other attacks including a Dec. 10 shootout that left six people dead in Jersey City, New Jersey that was later deemed anti-Semitic and a stabbing in Monsey, New York, that left an Orthodox Jewish man injured.

Freedman, also the advisor to Hillel, said he was disheartened to learn of the anti-Semitic incident on campus. The organization, which is dedicated to the education and observance of Jewish culture, plans to work with the Center for Spiritual Life to provide a “space of support” for community members.

“We must work together as a community to continue to fight hate of all forms,” he wrote in a statement to The Beacon.

This isn’t the first time the college has dealt with racially offensive vandalism in or around college property. Seven posters promoting the white nationalist group American Vanguard were found littered around campus in 2016. The fliers called for white men to “take a stand” and “take your country back.”

The college also dealt with a spate of discriminatory and racially offensive graffiti found in four separate buildings in 2013.

Former Director of Housing and Residence Life David Haden told The Beacon in 2013 that the phrase “kill the whites” was found in a Paramount Center elevator. Whether or not the incidents were connected was never determined.

Articles in The Beacon from various years document a multitude of hate crimes and graffiti found at the college. Hoppe said these incidents bring up immediate, troubling reactions from students.

“I anticipate the whole spectrum of reaction,” he said in an interview. “For some folks, this is going to just bring up things very immediate … and very real reactions.”

Emerson College Hillel Chapter President Melissa Bordelon said she found out about the incident during a break in class and received messages from Freedman to expect an emailed statement from Pelton.

“It’s a very, very difficult time for our Jewish community on campus,” she said in a phone interview with The Beacon. “There will be conversations surrounding this topic for a long time, and Hillel will continue existing and continue being a community for Jewish students on campus.”

Student Government Association President Will Palauskas told The Beacon that he echoes Pelton and thinks the vandalism is a desecration of the values that Emerson College holds.

“It’s disappointing to see this ugly behavior on our campus,” he said. “I want people to know that SGA stands with them and I stand with them.”

Update 1/22/2020: This article was updated to include information about a vigil.