Swimming with the big fish 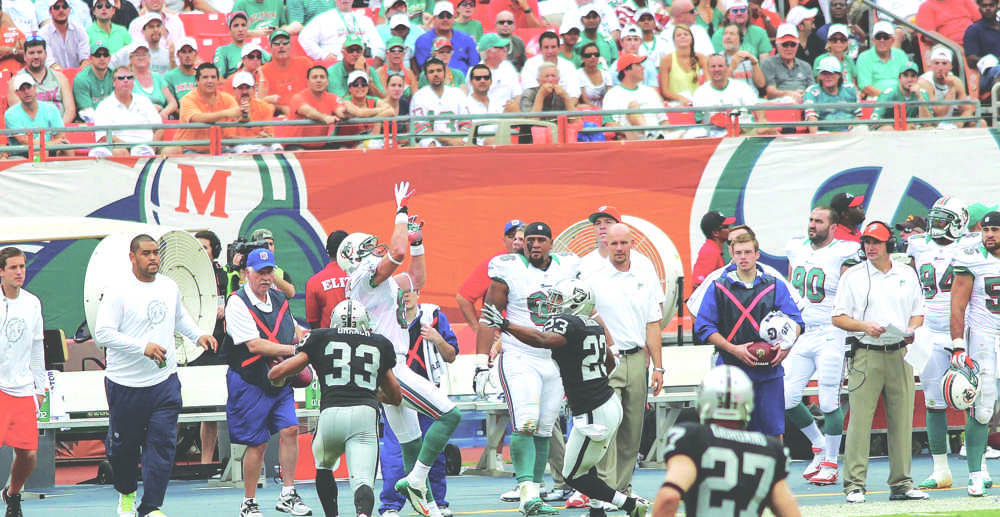 On a fall morning of his first semester of freshman year, Zach Dean, a journalism major, was watching ESPN’s polarizing morning debate show First Take, and found himself wanting to present his own opinion.

“I was watching the show and yelling at the TV,” said Dean, now a junior third baseman for Emerson’s baseball team. “So instead of yelling at no one, I figured I might as well write things down since it’s the industry I want to get into.”

Dean’s frustration spawned Dolphinsider.com, a blog dedicated to anything and everything relating to the Vero Beach, Fla. native’s favorite team, the Miami Dolphins.

Since the website’s creation just over two years ago, Dean has covered topics ranging from minor roster changes to the Jonathan Martin/Richie Incognito bullying scandal, and credits the site, which he said garners a few hundred views a day during the NFL season, as the reason he secured a summer internship with Finsider.com, a website owned and operated by the National Football League’s Miami Dolphins.

“I actually [applied] for the internship in January and didn’t hear anything for a month,” said Dean. “Then out of the blue I got an email and said I was a finalist and they could tell I knew what I was talking about.”

Junior pitcher Julian Rifkind, Dean’s teammate and roommate, said he knows how hard Dean works, on and off the field.

“It’s pretty evident he’s always staying updated on what’s going on. He definitely works hard on his blog,” said Rifkind. “In season he’s updating it every day and on game day there are updates every possession, score, and turnover.”

This summer, Dean said he will help produce content for Finsiders.com, which, among other things, is home to a daily three-hour TV show, which airs on FOX Sports Florida.

“A lot of it’s going to be recording interviews, going back to the studio, and getting it on the website,” said Dean. “I will be working with video equipment a lot and writing a lot of blog posts.”

Dean said his workload will be low when he first arrives at the Dolphins’ facility in Davie, Fla., which is located about 120 miles south of Vero Beach, but expects that his journalistic freedom and responsibilities will increase over time.

“I think at first it will be reined in when I’m learning the ropes, but [my boss] did tell me that the busiest time of year is training camp and hopefully by that point I will have two months of experience,” Dean said. “[Eventually] there will be more freedom in my job.”

Although he secured an internship with his favorite team, Dean will be faced with the issue of reporting and writing for a media entity owned and funded by the team he is reporting on, but he thinks he will be able to maintain his objectivity.

“It’ll be tricky but I’m trying to stay objective with my site [right now]. [Finsider.com] is a Dolphins website and production and obviously I have to be as objective as possible,” said Dean.

As Dean looks toward summer, his Emerson baseball season is coming to close April 21.

Last year, Dean was named to the Great Northeast Athletic Conference’s Third Team as a catcher at the end of the 2013 season, after he accumulated a .345 batting average, .500 slugging percentage, and led the GNAC in runners thrown out with 14.

After moving to third base for the majority of the Lions’ 2014 campaign, Dean’s batting average and slugging percentages have declined, but he currently holds the team’s second-highest runs batted in total with nine.

Despite the Lions’ record (3-21), Dean said he thinks the squad’s six games can be used as a valuable learning experience.

“[We need to] keep improving and be in more games. We have been in games and let a lot of them slip away,” said Dean.  “Right now, we know how to lose, and we need to learn how to win. We can have the talent, but if you don’t know how to win, it’s all wasted.”