Taking time for a post-grad pause 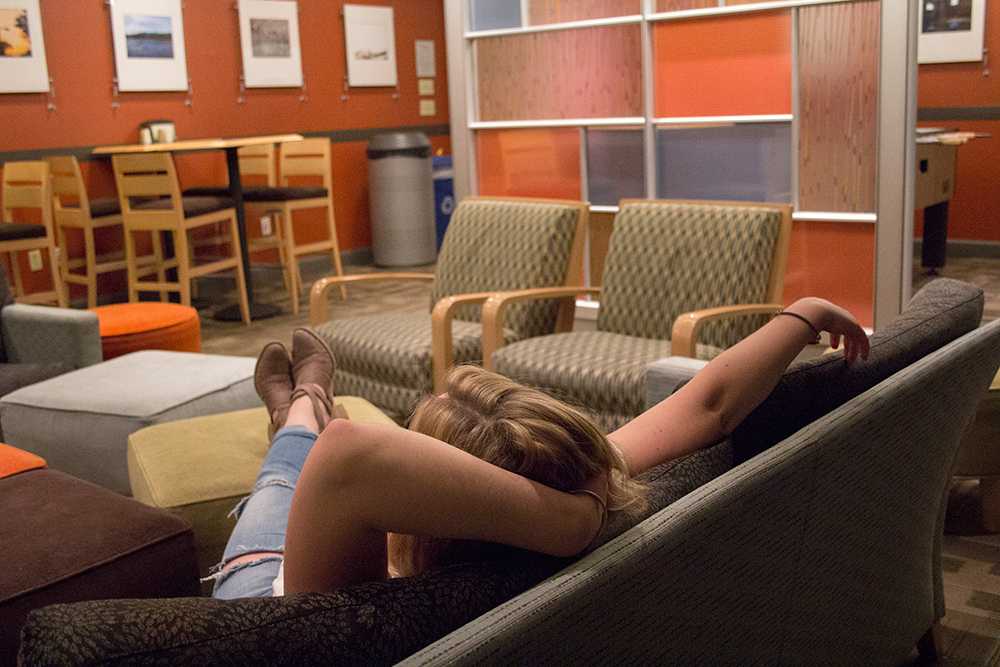 I almost started crying in the basement of a grocery store in January—I had picked up a phone call from a Dallas area code and verbally accepted an internship for post-graduation. My last semester of college just began, but I found myself among the lucky few who already knew what they were doing after May. Classes grew that much more difficult to sit through, and assignments that much harder to submit, because I began envisioning myself at my future (temporary) job.

Besides the non-permanent nature of the position, it held another caveat: its Labor Day start date. I—still—have no idea what I will fill these interim four months with, because this summer, I intend to take a break from what I love.

The advice that you shouldn’t ask a soon-to-be graduate what they plan to do after that day exists for a reason. There are classmates who will enroll in master’s programs, some will move and then find a job—or vice versa—and others plan to return home. Regardless, whenever I’ve posed the question, the answer always seems to come out with uncertainty, even if these are very certain plans. No one seems ultimately satisfied with what they think they’ll do, and I find many of these same feelings bubbling up almost nightly when I try to fall asleep. Conflicting thoughts of dread, excitement, and exhaustion all simultaneously fill me. I’ve almost completed the marathon that comprises 16 consecutive years of education, but I’m also realizing the weight of the expectation that I have to go straight into the professional world after this.

Though I could’ve declined my fall internship in lieu of another one or a more immediate, permanent opportunity, something about this forced four-month pause in my plans attracted me. I’m competitive, and I’ve grappled with this upcoming intermission in my life since I faxed my official paperwork accepting the offer. I’m the kind of person who gets stressed when I have a lot of things to do, but I’m even more the kind of person who feels anxious when I have a lack of plans. I am, however, ready to grow out of this. I need time to rekindle a little bit of my love for my craft, but I also need to force myself to be content with empty time. The journalism industry, now more than ever, seems to be non-stop. Twitter never stops updating, and the app has ingrained itself as the last thing I look at and the first thing I check in the morning. While I can’t professionally advocate for myself and others to stop this habit, I recognize a need to temporarily alter it.

I also acknowledge not everyone can take four months, or even one 30-day break, from working. Though I plan to build some savings with a temporary restaurant or cafe job, I see the allure of building a more professional resume as soon as possible. According to the Economic Policy Institute, last year’s graduates still face high unemployment and underemployment rates, at 7.2 and 14.9 percents, respectively. The amount that find themselves neither pursuing a master’s or working is 10.5. All three of these are much higher than pre-recession rates by several points. These statistics validate the choice to immediately start pursuing a career, but they also shouldn’t pressure us against taking a brief hiatus.

As I tried to explain to a friend last week over celebratory drinks, I’m not taking time off because I’m burnt out. Knowing myself, I’m sure I’ll quickly be bored this summer and slightly jealous as I see everyone starting their “real lives.” But moving forward, I want to learn how to exist even with these feelings. I want to live satisfied, even without the constant sound of keys typing, even without the irresistible pressure of a looming deadline. I want to be comfortable even when I’m not competing with others. I still have the itch to tell stories, and I hope my break this summer only intensifies it rather than silencing it.

Whenever I end up booking my flight to Texas—which hopefully coincides with whenever I figure out what I’m going to do with the five winter coats I’ve accumulated throughout the past four Boston winters—I want to step forward with a renewed sense of self. It terrifies me not knowing what activities I will pad my last free summer with, but instead of seeing this fear as something I need to fix, I plan to fall into it head first.