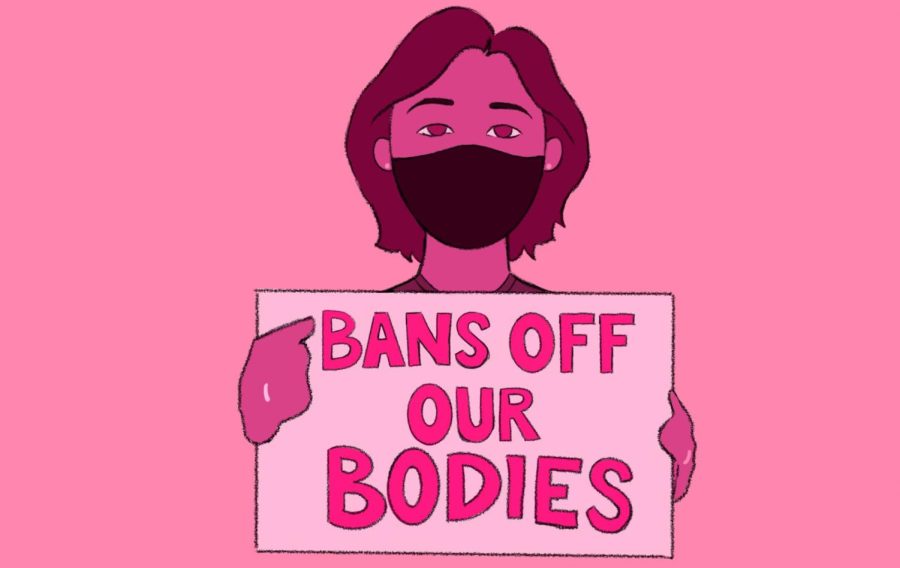 Over the course of my life, I feel like I have been watching women’s rights walk a tightrope across a giant canyon. But, when I was home in the Dominican Republic this summer, something felt different.

While I was busy arguing with my family members about efforts to legalize some abortions in the Dominican Republic, women in Texas were fighting new and highly restrictive anti-abortion legislation. Reflecting on what was happening in Texas and the conversations I was having at home, I realized that the Dominican Republic’s complete criminalization on abortion should be an example of the consequences of Texas’s new law, which bans all abortions after six weeks of pregnancy.  The examples of other countries with strict abortion laws show us the perils of implementing such strict laws, and lawmakers in Texas should be wary.

Beginning in mid-March, and throughout the summer, hundreds of Dominican women and reproductive-rights advocates began gathering outside the executive mansion of President Luis Abinader daily after lawmakers failed to decriminalize abortion under “the three causes,” which would have legalized aboartions when pregnancy either represents a risk to the woman’s life, is the result of rape or incest, or there are fetal malformations incompatible with life.

This occurred after the National Congress debated whether or not to approve a reform to the penal code, which dates back more than a century, to legalize abortion under three grounds.

For as long as I can remember, conversation about abortion was never tolerated around most of my Dominican peers. It was a taboo topic and most people I knew shared a similar consensus—that it’s illegal for good reason. Now that the three causes have become a somewhat relevant social movement in the Dominican Republic the conversation is almost impossible to ignore.

Growing up, I knew reproductive rights were scarce for women, including myself, but it’s even worse for low-income women and women of color.

I looked up to nations like the United States that regarded abortion rights with at least more respect than politicians back home. However, the older I get the more I see that it is not so simple. In fact, it seems that through these past five years of political turmoil, women’s reproductive rights have been under constant attack in the U.S. as well.

On Sept. 1, the U.S. Supreme Court refused to block a Texas law that restricts most abortions after as early as six weeks of pregnancy. The law allows citizens to sue anyone who performs an abortion and anyone who assists the beneficiaries in any way.

This became an even bigger concern when the 5th Circuit Court of Appeals issued a temporary stay that puts Texas’ Senate Bill back in effect until the appeals court is able to consider the case and issue a more lasting ruling.

In my few nineteen years of living I have never seen an American court so eager to turn back time on reproductive rights, and with so much malicious intent.

It is disturbing to see reproductive rights generate so much debate amongst American politicians, who in too many cases want to secure the conservative or religious vote or impose their own views on women. Especially since it seems that with the already long list of inequalities in women’s health in America, these leaders don’t seem to know what a country with a total abortion ban looks like.

Human Rights Watch conducted research in the Dominican Republic in early 2018 to investigate the human rights impacts of the total abortion ban. The criminal code in the Dominican Republic imposes prison sentences of up to two years on girls who get abortions and up to 20 years for medical professionals who provide them. Although these criminal actions are relatively rare, the law has created pervasive fear amongst women who resort to desperate measures to end unwanted pregnancies.

The Human Rights Watch accounts reveal the brutal consequences of the country’s harsh abortion laws. Women and girls interviewed for the report described using a variety of methods to try to end pregnancies, none of which are safe or effective and can lead to catastrophic health issues. At least eight percent of the country’s maternal deaths are caused by complications from illegal abortion or miscarriage.

The survey established that a minority of women and girls would be eligible for an abortion under the pretext of the three circumstances that activists are fighting to currently get legalized. However, the majority of those interviewed said they wanted to end the pregnancy due to socioeconomic difficulties, instability, violent relationships, or they already have children and felt unable to care for any more.

I remember growing up and no matter how old I was, for so many women around me, getting pregnant was an unspoken fear. For older married women with a certain level of financial stability, pregnancy was always a blessing. I have been to more baby showers than I can count. However, for girls who were students, low income, in violent relationships, or single, pregnancy was always frowned upon.

As a growing teenager sitting around the lunch table with my friends, the one thing you could never be was pregnant. It didn’t matter that we were mostly from middle to upper-middle-class income families, there was little to no way to get through schooling if you got pregnant.

In a country with one of the highest rates of adolescent pregnancy in Latin America, one in four girls drops out of school due to pregnancy. This is due to a combination of socioeconomic factors and social biases that discourage women from continuing their education when they get pregnant.

Not to mention how my surroundings were, and still are, very Catholic. Not only is abortion seen as some highway to hell, but so were sex and contraceptives. In my head this mentality, although never okay, was normalized, but it shouldn’t be.

Women in Texas don’t deserve to be put in the position where they have to imagine living in a world where these rights are never available to them.

It feels ridiculous to have come from somewhere where abortion is either not an option or one that could end terribly and observe what is supposedly educated politicians take these freedoms women in America have as a suggestion.

For Dominican women living in poverty, abortion is not a choice, but a necessity. When abortion is criminalized, women and girls often cannot access factual, unbiased, and crucial information about a full range of options, leaving them vulnerable to pressure and abuse from those who seek to control their reproductive health.

Although the levels of inequality are not the same between these two countries, for so many women in America, abortion is simply not a choice.

In Texas, and elsewhere across the country, there is a clear line of racism that connects efforts to deny women, because it disproportionately affects women of color and their right to terminate a pregnancy.

Data from 2014 indicates that people of color constitute about 62 percent of the country’s abortion procedures that year. Furthermore, Black, Latinx, and Native American people are disproportionately affected by financial hardship, which means they have less access to resources and less flexibility to potentially travel outside of Texas for a legal abortion.

Not to mention that the law’s emphasis on suing people who aid or perform abortions makes people of color more vulnerable to a legal system where they already face disproportionate punishment.

Insolent opinions of men in power with the need to express their opinion and control the woman’s body do nothing but put us in danger.

Dominican women have been living this nightmare their entire lives and “las tres causales” has become somewhat of a wake-up call, yet women in Texas do not need to go through the same thing.