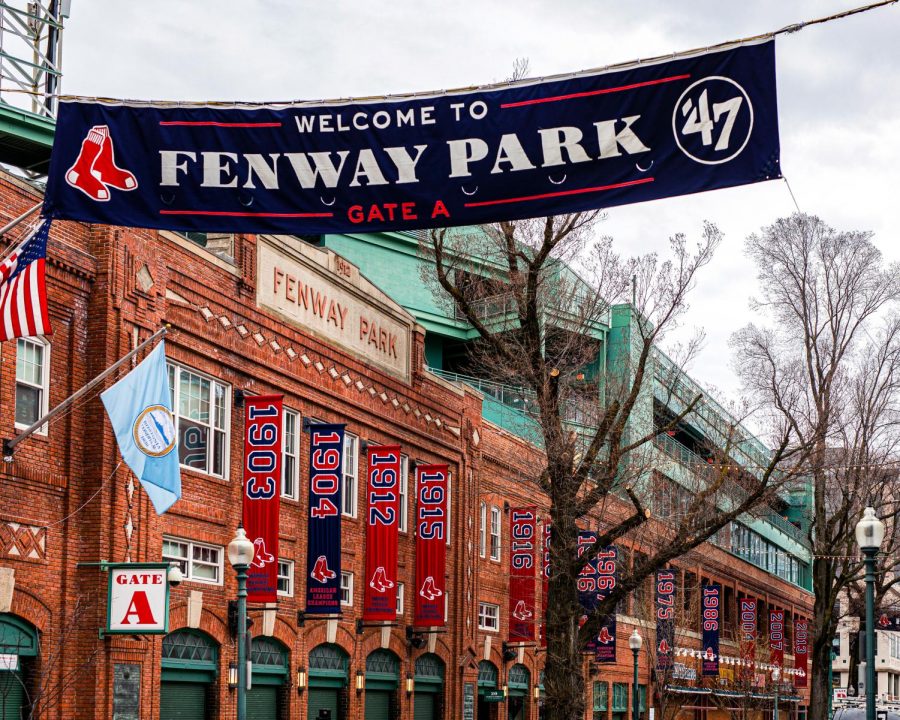 Seven upcoming and recent graduates expressed varying levels of excitement following Emerson’s Tuesday evening announcement that the college will hold an in-person commencement ceremony at Fenway Park in May.

The announcement of an in-person graduation in conjunction with a virtual celebration comes after weeks of back-and-forth between Emerson and upcoming graduates. On Feb. 4, the college said the ceremony, like last year’s, would be solely virtual. On March 10, Vice President and Dean for Campus Life Jim Hoppe said switching to an in-person ceremony at that point was highly unlikely due to the long-term planning of an event of that size. An Emerson graduating class is usually around 900 students.

A petition imploring the college to reconsider an in-person ceremony garnered almost 400 signatures after emerging on March 1, after Massachusetts announced it was moving into Phase 4, which increased capacity limits to 12 percent in arenas. The petition also pointed to several other Boston-area colleges securing in-person commencements, including Northeastern University, Boston University, and Suffolk University.

The decision to hold an in-person ceremony was finalized on Tuesday, Hoppe said. Emerson is still awaiting approval from the City of Boston to move forward with the ceremony, according to a Tuesday evening email from Pelton.

Abigail Semple ’20 said she felt disappointed by the reactive nature of the college’s decision, saying the spontaneous announcement will leave some graduates in the dust.

“It’s inherent that somebody who desperately wants to be there will be left by the wayside and I hope that we are able to do everything we can to accommodate everybody who wants to be there,” Semple said.

Senior Eric Mauri, a visual media arts and production major, said the announcement didn’t come as much of a surprise.

“My initial reaction was excitement,” Mauri said. “If the administration wasn’t able to pull this off, then I think it would have left a really bad taste in every one of the graduates’ mouth, considering how much we pay for tuition and how every other school was able to work it out and Emerson was kind of dragging its feet on the issue.”

Mauri said the ceremony—which is usually held at Boston University’s Agganis Arena—being held at Fenway Park ceremony is “fitting” given the unprecedented senior year the soon-to-be graduates have endured.

Hoppe said all safety protocols will be established by Fenway, which has a capacity of over 37,000. Under state guidelines, the ballpark will seat about 4,400. Graduates may be allowed to bring two guests, who would be required to sit alongside the student in pods of three people.

“It’s kind of fitting to the whole pandemic and my whole experience with a pandemic in my senior year,” Mauri said. “It is an abnormal way to graduate, at Fenway Park, and social distancing and however we operate … but it’s a nice step toward the future.”

Sam Willinger, a senior VMA major and member of the men’s volleyball team, said holding an in-person ceremony “was the right thing to do.” Willinger has a learning disability, which he was told would prevent him from graduating high school.

“It sounds dumb, but the reality is that it makes you feel a little bit special, that you’ve accomplished something,” Willinger said. “For many of us, all we’ve ever known is being a student and for me, being a student-athlete. Both of those things have come to an end very suddenly and now they’re going to, at least in some capacity, have this final real feeling that there’s a day and a time where I can go to a place and be told you are officially a graduate. You can throw your cap and that’s the end of it.”

The class of 2021 has experienced more seismic change during their time at Emerson than most, Willinger said.

“[We] battled through the age of scaffolding, the fall and the rise of the Little Building, different [dining hall] vendors, we’ve had Hemenway,” he continued. “Now [we have] the end of Lee Pelton’s time here. We’ve been through a lot, and now an entire pandemic.”

Other students, on Twitter, criticized the college’s decision to hold a large gathering—which could encourage guests to travel to Boston from across the country—as COVID-19 cases increase nationwide. COVID metrics throughout the state have worsened within the last two weeks, with the state reporting cases over 2,000 per day for a three-day period, a trend that had not been observed since mid-February.

Outdoor activities are safer due to indoor spaces having less ventilation, increasing the risk factor of catching COVID-19, according to the Centers for Disease Control and Prevention.

James Richardson, a senior VMA major, said the unconventional ceremony serves as a proper goodbye to the city.

“I’m Massachusetts born and raised, so graduating in Fenway, it’s pretty cool to me,” Richardson said. “My first concert [was] there, [I] just watched that Godzilla movie where he named Fenway Park. It’s given me a bit more of a connection to Boston, whereas earlier it kind of felt like that part of my life had been yanked away because I’m going into a career field where there is not much to do in Boston, and so having this to capstone it all is nice.”

Noah Espinola, a senior VMA major, said he was glad the college is providing an in-person in addition to the online ceremony so everyone can participate in the way that feels safest to them.

“It’s great that there are both options for those who are feeling uneasy about it,” Espinola said. “But if you’re on top of your vaccinations, I don’t think there’s any reason why you should be nervous about others having the option to have an in-person graduation.”

For the class of 2020, returning for an in-person ceremony following their virtual celebration last May, brings a mix of emotions.

“It’s good for the people that can go and are willing to go, but a lot of the class of 2020 is employed now,” Brock Higley ’20 said. “Trying to get out there for May is not feasible.”

Semple, who is employed in New Jersey, said she’s excited about being able to have an in-person graduation, despite its belatedness.

“It’s going to be so amazing that I get to come back to Boston and Pelton is gonna shake my hand and we’re gonna do our champagne toast and so many things that felt taken away by the pandemic are suddenly not taken away, which is a great feeling,” she said. (Note 4/2: This statement was made before students received an email from Presidential Communications, detailing COVID-19 protocols that will require social distancing during in-person commencement.)

Brett Boon ’20 said graduating at Fenway Park feels like “a full-circle moment” for him.

“The first week [I was at Emerson] I went to the Lady Gaga concert at Fenway Park,” Boone said. “I feel like out of all the venues in Boston, this is the most appropriate during a pandemic.”