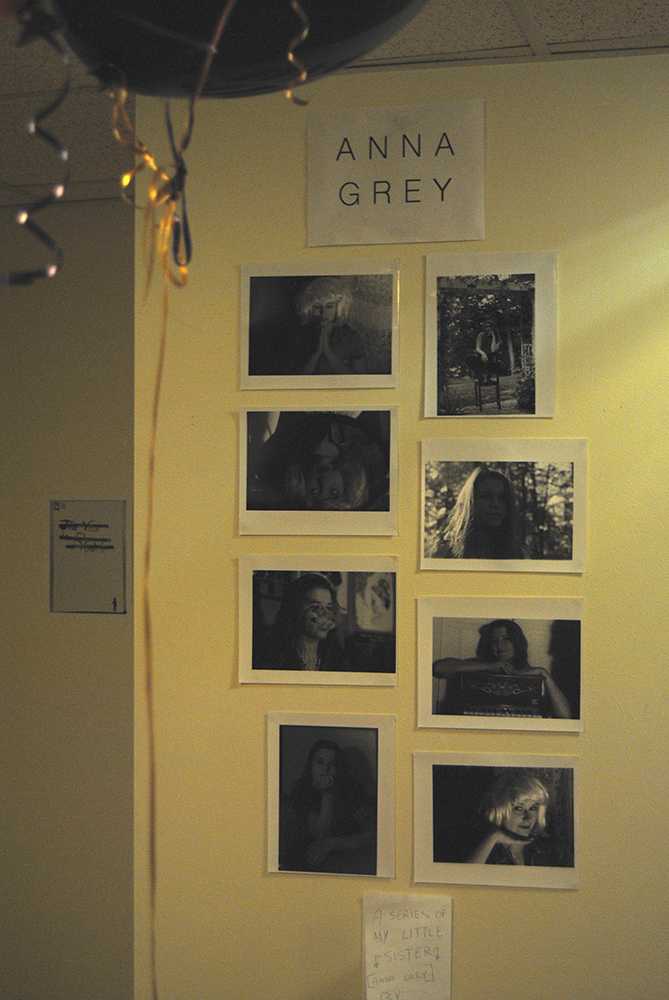 In a room more accustomed to containing uniform couches and chairs, littered by schoolwork and empty cups of ramen, there is now no furniture or remnants of college life. This bare Little Building suite common room is instead cluttered with art: black and white film prints of someone’s little sister line one wall, ink drawings entitled “Trip Art” envelop the opposite wall, and digital photographs of various landscapes hang from another.

Emerson students created each body of work. Due to the efforts of five sophomores and suitemates Ari Howorth, Evan Greene, Nick Vigue, Jack Bushell, and James Monroe-Chausse, there is now a space on campus where hopeful creatives and artists can put their work on display. Located in room 624 in the Little Building, The Common Room, an art gallery, which had its grand opening last weekend, was initially thought of by visual and media arts majors Greene and Howorth.

After visiting Massachusetts College of Art and Design, the two suitemates said they realized that Emerson was lacking something vital to an arts school’s campus: a place to exhibit their work for free, and view their peers’ pieces.

“I don’t think that this gallery will inspire anyone to create art—clearly people are already creating art here; we’re really creative people,” Howorth said. “Because a lot of people are studying specific things, if they create art outside of their classes, it’s hard for them to be able to show that, so we want to provide them with with a place to do this.”

Greene and Howorth said they made a Facebook group for The Common Room, cleared out all of their furniture in their suite’s living room, and began to advertise the grand opening event on social media, in their classes, and on their WECB radio show, Pandora’s Box. They also posted printed advertisements across campus in the final hours before the event.

The pair said collecting submissions happened relatively easily for The Common Room. By the day of the opening, the gallery had received submissions from eight different creators. One of the artists,Lucas Frangiosa, a sophomore marketing communication major, heard about the art show from Howorth, and decided to compile some paintings and sketches of his from earlier this year to exhibit.

“I grabbed a couple drawings and stopped by Ari’s and saw everything they had set up,” Frangiosa said. “So, I immediately went back to my room, grabbed the other dozen or so I had and brought them too. The performances killed it, and I was happy to see an entire wall covered in my art. It was great.”

30 minutes before the art show’s commencement, the curators of 624 were frantically putting the final touches on the gallery. The suitemates made cheese and cracker plates, put the finishing touches on an interactive 16mm film piece, and called performers, artists, and friends of the suite in preparation for the grand event. Work that would otherwise remain unseen by Emerson students came together, created by artists from all different majors and social groups, in a setting unaccustomed to this occasion.

The opening event, which occurred from 7:00 to 9:30 p.m. on Saturday, hosted three live performances, too. Sophomore Mike Ijac performed songs, both original and covers, on his acoustic guitar.

“I really like the aesthetic, the fact that there’s no couch—it really sells the gallery setting,” the visual and media arts major said.

“My sister goes to Lesley [University] and they have student paintings hung up in almost all the hallways,” Ijac said. “So I definitely think Emerson should have some sort of showcase. It’s a creative school.”

In total, 30 to40 visitors attended over the course of The Common Room’s opening. Patrick Scanlon, a sophomore visual and media arts major, came to the gallery after hearing about it in one of his classes.

“Some of the art was really good, but it doesn’t have to be really good,” Scanlon said. “What’s important is that people are showing their stuff because they want to; not to get a good grade or gloat.”

Greene and Howorth said they hope to change the art in the gallery twice a month, and eventually get their own space on campus where people can enter as they please.

Howorth said he wants students to experience the artwork for themselves.

“We have a Facebook page, and an email,” Howorth said, “but I’d really just prefer if people came to 624 and knocked, and looked at the artwork for themselves. We want people to feel comfortable here, that’s what we’re all about.”