The grim realities of mental health 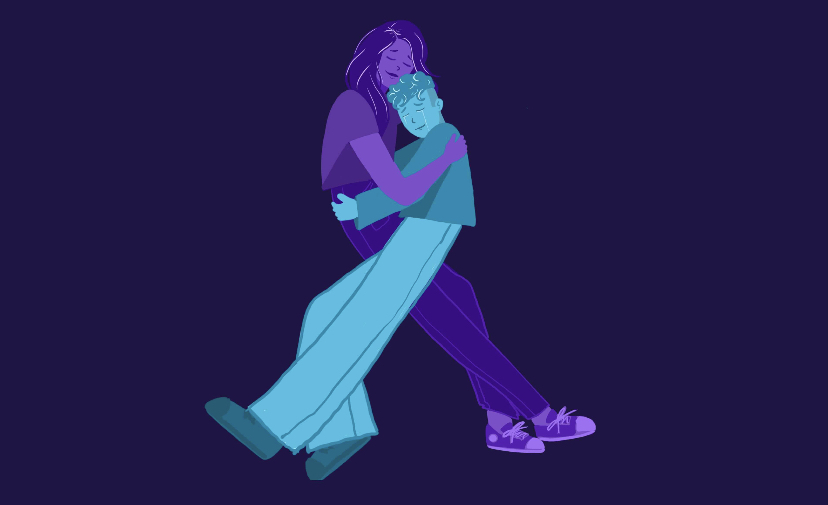 September, also known as National Suicide Prevention month, is a time when organizations, communities, and survivors rally to raise awareness and share resources on the realities of mental health.

According to the World Health Organization, every 40 seconds someone around the world takes their life, and Suicide Awareness Voices of Education reports that most of these victims are between the ages of 15-24. This month plays an integral role in providing hope and inspiration to those who are struggling, especially for students within this age group.

Similarly, Brandin Dear, Director of Counseling, Health and Wellness, believes that September is a time to fix a year round problem: a lack of awareness of resources for mental health healing.

“I think it’s something that we need to be paying attention to all of the time,” Dear said. “With the emphasis on suicide prevention during September, I’m hoping that more students will realize that they’re not alone and disclose their feelings to get the help they need. Months like this provide us with having more awareness about mental health in general.”

Studies from the American College Health Association and Pennsylvania State University show that the mental health struggles most commonly experienced by college students are depression, anxiety, addiction, eating disorders, and suicide. For students on our own campus, this has been no exception.

Unsurprisingly, the pandemic has only worsened the struggles among students as it has taken away opportunities for congregation and community.

“A lot of students have reported feeling isolated since the start of the pandemic,” Dear said. “For college students, just talking and hanging out, sharing experiences, these are the coping mechanisms they use to rejuvenate and relax. The pandemic has definitely changed how we can do this because of social distancing and capacity limits. I think we’ve been trying so vigorously to protect our physical health and by doing that, we’ve compromised our mental health.”

In some ways, however, Dear expresses that the pandemic has offered up not only a time for reflection, but also a much overdue evolution in the way that mental health is addressed in our society. During a time when many were communally experiencing emotions such as sadness, loneliness, and grief, many of the stigmas surrounding mental health dissipated.

“One of the things that’s happened with the pandemic is we’ve seen so many people speak out about their mental health,” Dear said. “That’s really helped younger people come out and be open about what they need and how to get it.”

Upon the passing of sophomore Amaris Rodriguez’s cousin by suicide in 2018, she learned firsthand the importance of reaching out and getting the help needed to overcome mental health crises.

“The stigma around mental health is that people are just weak and sad for no good reason, which is a terrible thing to believe about those experiencing depression and negative thoughts,” Rodriguez said. “Everyone cares about mental health and knows that it’s important, but you never realize how important it is until it happens to your own family.”

Sadly, Rodriguez’s family is one of many who suffer from loss by suicide, and they have since allowed the tragedy to enlighten their view of mental health.

“It makes you second guess everything, wonder why you didn’t see the signs and how you could have prevented it,” Rodriguez said. ”It makes me so much more aware of my own friends and family members’ mental states. It’s very heartbreaking and a very hard thing to go through, but we’re dealing with it as best as we can.”

Since experiencing the loss of their family member, National Suicide Prevention Month has taken upon a whole new meaning to Rodriguez and her family, inspiring them to begin their own mission of suicide prevention and awareness.

“We actually started a foundation called EM3 Hope where we raise awareness not only on suicide prevention, but also on the importance of mental health in general,” Rodriguez said. “We’re trying to do the best for our community and our world so we can spread awareness and prevent as much of this as possible.”

With her own family’s foundation and those similar, Rodriguez remains hopeful that September will serve its purpose in unifying people with the understanding that it is normal to struggle with mental health.

“I think this month will teach people to take mental health much more seriously than they ever did before,” Rodriguez said. “Even though there are so many people struggling, there’s not enough awareness. People need to know they’re not alone.”

One way Rodriguez believes the youth can find comfort and aid is on their own campuses, the spaces in which we spend most of our time and exert most of our energy.

“I definitely think every educational institution should have some kind of counseling service,” she said. “It’s very important for campuses to be aware of how their students are feeling so they can do something about it.”

Cyrus Ausar, a suicide prevention expert, encouraged institutions to recognize that no program or service will be a “one size fits all” for the entirety of its student body.

“For college students, establishing mental health is all about creating balance,” Ausar said. “Mental health balance looks different for everyone—it’s like tailor-made suits. There’s no one answer that can engulf everything for everybody.”

In our own school, it is important to be aware of the options available to us when we are facing times of isolation, depression, or crisis.

“On campus, we have Emerson Counseling and Psychological Services which offers short-term counseling, urgent care services, crisis services, and referrals for longer term support options,” Dear said. “I think the first step for someone struggling mentally would be to check out the ECAPS website and decide what might work best for you.”

As someone who is now hyper aware of the ways she offers a support system for others in her own life, Rodriguez urges students to seek the help they need and trust in the people around them. In doing so, she says they have already begun their journey of healing and growth.

“It’s really easy to feel isolated and closed off when you’re not allowing anyone to be there for you,” Rodriguez said. “Everyone in your life is there for you and wants to help you through anything, so I’d say let them. That’s the first step to having good mental health, just letting it out to anyone who will listen.”