The Hypocrisy of Choice in Texas 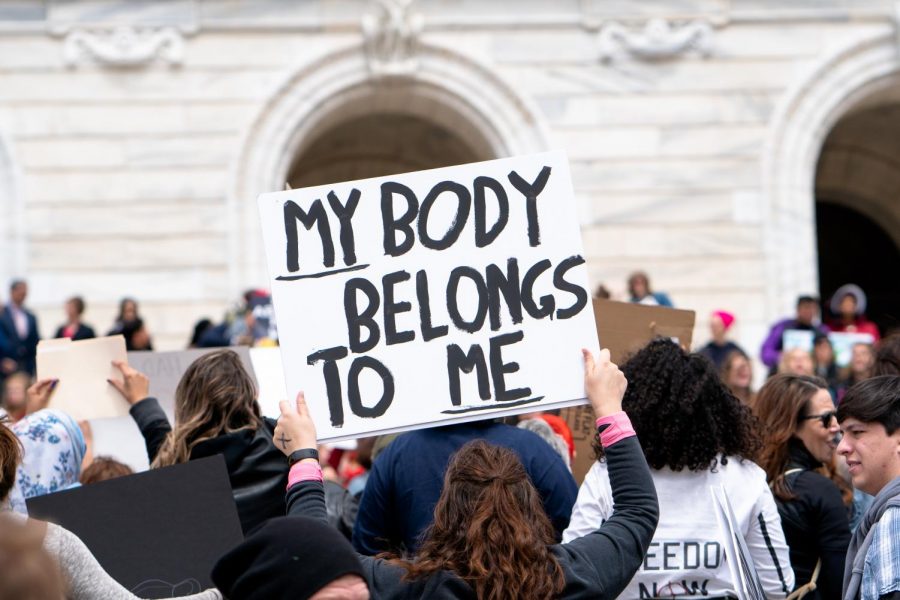 With abortion rights once again at risk, it seems “personal freedom” is only justified in the eyes of pro-life Republicans when it comes to their right to not wear a mask or opt-out of a life-saving vaccine, and not women’s abilities to decide their future.

As of Sept. 1, the state of Texas banned abortions after an embryonic heartbeat can be detected, which is usually six weeks into a pregnancy. Besides the absurdity and appalling nature of the law taking effect, the mere hypocrisy is overwhelming.

When the COVID-19 pandemic started, so did the whining from anti-maskers. In order to control the spread of the virus people were asked to wear masks to protect one another. This was too large an ask for a bulk of Republicans, not wanting to be “uncomfortable” under a layer of fabric.

There have been ​​665,000 COVID-19 related deaths to date. The best way to prevent these deaths is to either wear a mask or get vaccinated, preferably both. Due to the lack of either precaution being taken with enough regularity in the state, it is obvious that the politicians in Texas care more about the lives of the unborn than their neighbors.

If wearing a mask could save a life it is safe to assume that those who use the title pro-life would be on board. The reason this has not been the case is that pro-life is an undercover term for anti-choice. It has never been about saving lives, or there would have been more effort into advocating for COVID prevention.

The anti-mask/anti-vax fight was never about how people should have control over their bodies. If it was then they would never have signed a law that tells someone what they cannot do with their body—that would be against what they believe in.

“My Body My Choice” is usually chanted by people wearing pink cat hats at women’s marches and pro-choice rallies. Now, the phrase has been re-used, creating a paradox of the once empowering statement.

Anti-vaxxers have been using “my body my choice” as a means to justify not getting the COVID-19 vaccine—once again showing a group of people stealing something created by and for women and claiming it as their own.

Texas Governor Greg Abbot, who signed the abortion law into effect, recently banned government mandates of the vaccine, standing firmly on a person’s right to choose if they want to receive the vaccine or not. The irony is palpable.

Due to the increase in Republicans speaking out about having “autonomy” over their bodies, it is not outrageous to assume that maybe they finally understand the sentiment behind “my body my choice.”

Yet, that type of logical thinking is a fantasy.

If it is not clear by now, lawmakers in Texas care about being able to control what goes in and out of their bodies, and the bodies of the women.

Somehow, Republicans have convinced themselves that when they have to wear a mask it infringes more on their freedoms than when they tell women what they are and are not allowed to do with their unborn child.

The self-proclaimed pro-lifers want to be the saviors of unborn children. They want to protect fetuses at all costs. This determination for saving lives has been missing during the pandemic.

Their fight is and always has been selfish and stubborn. It is about comfort, and not wanting to sacrifice theirs for the wellbeing of others. It is about not understanding and doing nothing to educate themselves. It is about blindly following the man to their left and agreeing he should have the right to choose, while the woman to their right should not.

The Texas abortion ban was put in place by the same people who argued that the constitution protects them from wearing a mask.