The Berkeley Beacon • May 1, 2021 • https://berkeleybeacon.com/the-luxury-of-neighborhood-dispensaries-deny-americas-racist-cannabis-criminalization/ 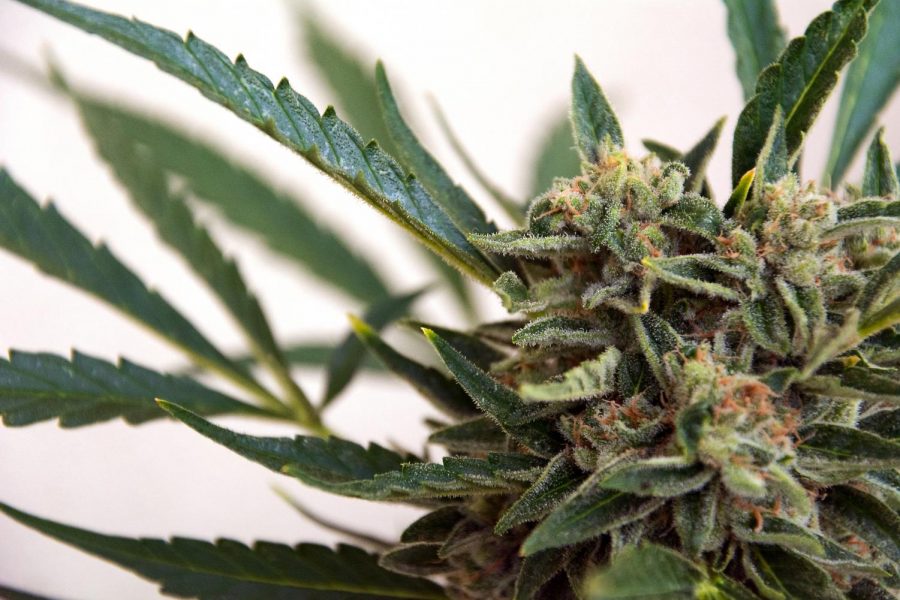 Even as white and Black people use cannabis at similar rates, Black people are 3.64 times more likely to be arrested on charges of weed possession, according to a 2020 ACLU report.

In 1936, a film titled “Reefer Madness” hit the silver screen. Originally titled “Tell Your Children,” the black & white cinema explored the “dangers” of smoking weed through a tale of a young, WASP-y boy who dabbles in the devil’s lettuce. After one puff of a “marihuana cigarette” the protagonist, Bill, descends from a model citizen into a frenzied sex addict and a violent criminal, bringing his friends down with him in his fall from grace.

This type of movie, or more accurately, propaganda, was a precursor to conservative America’s War on Drugs movement, which was largely perpetuated by the Nixon Administration in the 1970’s and the Reagan Administration in the 1980’s. Nancy Reagan, as First Lady, traveled to elementary and middle schools across the country with her slogan, “Just Say No,” encouraging children to dismiss any interaction with drugs, to keep the “innocence” of America’s children strong.

Henry Anslinger, the former head of the Federal Bureau of Narcotics under the presidencies of Hoover, Roosevelt, Truman, Eisenhower, and Kennedy, utilized fear, racism, anti-immigrant sentiment and yellow journalism (sound familiar?) to strike panic in the hearts of Americans regarding weed usage. Anslinger blamed “jazz culture,” a racist dog whistle for “Black culture,” for the uptick in cannabis usage in America’s suburbs. When American singer and songwriter Billie Holiday refused to stop performing her song “Strange Fruit,” a haunting and sobering potrayal of lynching in the American South, Anslinger targeted and threatened her. As Holiday lay dying in 1959, Anslinger handcuffed her to her hospital bed on charges of drug use and possession.

“Marijuana is taken by musicians,” Anslinger said, speaking to Congress in 1937. “And I’m not speaking about good musicians, but the jazz type.”

When President Nixon took office, he swore to declare a war on drugs that was descending on America, mainly against heroin addiction and the increasing commonality of cannabis use among college students, he said in a 1969 speech to Congress.

But as the threads and secrets of history become unraveled in more recent decades, a former aide of Nixon and Watergate co-conspirator John Ehrlichman revealed to Harper’s Magazine that the war on drugs was a method to disrupt the two main enemies Nixon had, “the anti-war left and Black people.”

Now, in 2021, I’d like to think that as a country, we have a much more informed and positive outlook on the benefits of medical and recreational weed use. But, much like most movements in American history, the legalization of weed is steeped in hypocrisy and racism. As more and more dispensaries open up in heavily gentrified neighborhoods and look more and more like high-tech hipster cafes, people of color, particularly Black people, are still disproportionately incarcerated for non-violent, weed related charges.

Legal cannabis sales hit $3.4 billion nationally in 2015, more than the combined revenue of Dasani and Oreo, according to Marijuana Business Daily. As profit within the cannabis industry booms, white people are disproportionately reaping the rewards. 81 percent of cannabis businesses are white-owned, while Black cannabis business owners only make up for 4.3 percent, according to an ACLU report.

In Seattle’s Central District, a cannabis dispensary named Uncle Ike’s is causing more concern than relief for the community it seeks to serve. As Uncle Ike’s popped up, luxury apartments, starting at $1,600 for one-bedroom rentals came with it. The gentrification has led to a white-washing of the district, displacing the once thriving Black-led economy and population from 73 percent in 1970 to just 20 percent in 2016. In the Grist article “As sales boom, pot shops have become the new face of gentrification,” Sara Bernard writes “on the very same corner where many Black men were arrested for dealing or smoking pot, a white man is now legally bringing in seven-figure sales.”

As weed grows out of the hands of individual dealers and into the hands of larger businesses who turn selling weed into a branch of corporate capitalism, people are still punished by Draconian cannabis laws and watch the legalization of weed from prison cells. Even as white and Black people use cannabis at similar rates, Black people are 3.64 times more likely to be arrested on charges of weed possession, according to a 2020 ACLU report. In some states, such as Illinois and Kentucky, the number is as high as 10 times more likely. In 2018 alone, almost 700,000 people were arrested for possession of cannabis.

As we see more and more politicians, namely Democratic Senator Cory Booker of New Jersey and State Representative Cori Bush of Missouri, come out in support of federal cannabis legalization and “direct funding to the Black and brown communities devastated by the war on drugs,” it is important to think of the lives cut short and the lives incarcerated from outdated, racist laws and regulations.

The criminalization and stigma of cannabis in America has its roots deep within racist American political structures. Remember this when you go to your local neighborhood dispensary, that the convenience you are able to access is a privilege not extended to most. Remember those who lost their freedom, then ask what you can do to become part of the solution.