The next step for pandemic-ridden pro sports after election 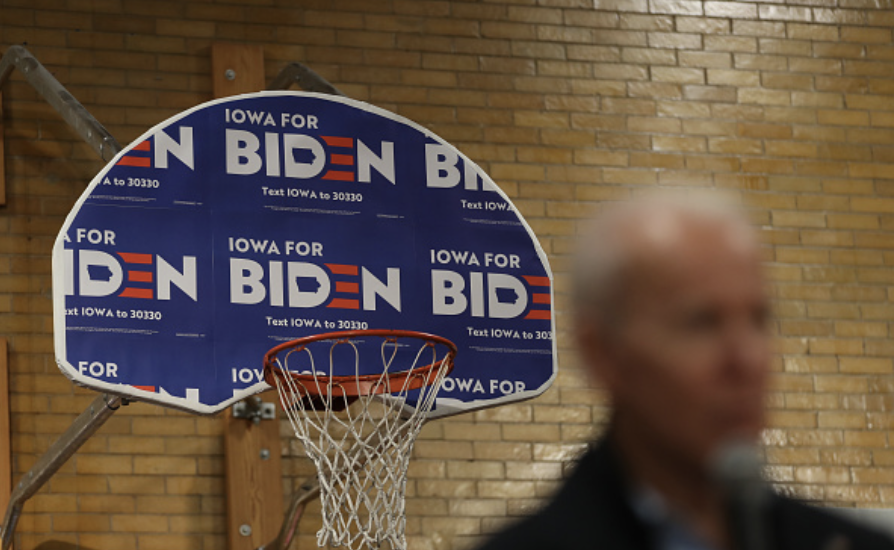 Saturday became a record-breaking day as Joe Biden defeated incumbent President Donald Trump in the election—the first time a sitting leader only lasted one term since George H.W Bush was just known as George Bush back in 1993. Along with the change in the Oval Office, this weekend brought 126,742 new COVID-19 cases in the United States, the highest number of daily cases the country has seen yet.

So what do a new White House head honcho and rising COVID cases mean for professional sports? Let’s talk about it.

Only one of the big four American sports leagues is currently in action. The NFL is approaching the halfway point of the regular season while the MLB, NBA, and NHL are in the offseason. All four leagues, however, share the same goal: welcome fans back into stadiums and arenas for games.

It isn’t exactly clear how Biden’s COVID-19 policy will impact professional leagues and their ability to play. Biden said he plans to organize a 12-man pandemic task force soon, and he also has pledged to implement a national lockdown if scientists suggested that course of action.

Adding to that, Biden plans on bringing more transparency about the virus and how the government is dealing with it, with Dr. Vivek Murthy, a key advisor on the Biden team. He said, “What you’re going to see is a laser focus on ensuring that people get adequate testing and clear information,” clear information that wasn’t at times delivered by President Trump.

Switching gears to the sports side, let’s discuss the NFL and the other leagues. Right now, NFL teams are hosting or traveling to games. More than half of teams in the league allow spectators into stadiums at reduced capacities. Additionally, the league plans on having a 20 percent seating capacity for the Super Bowl in Tampa Bay come February.

The MLB saw some fans back in the stands during its recent postseason bubble when they played the NLCS and World Series in Texas at the Rangers’ Globe Life Field. They also recently sent out a survey to ticket-buyers about willingness to accept risks, procedures to help reduce the virus spreading, and other factors related to that. All in hope they get to play a full 162-game season starting in April.

Both the NHL and NBA welcomed family and close friends of league personnel during their own postseason bubbles. Each league had zero positive cases in its bubbles when the NBA was down in Orlando and the NHL was up in Canada. The NBA has its sights set on a 72-game season starting on December 22nd, while the NHL is hoping to start its season near the New Year and then play a full 82-game season.

Yes, three out of the four leagues so far were able to complete their seasons during the pandemic. But those seasons could’ve gone more smoothly if the administrators were more aware of the virus’ threat—something President Trump knew about back in February when speaking with journalist Bob Woodward. Who knows how shortened those pauses during the NBA and NHL seasons could’ve been if they knew that information.

So what would be a good strategy for those four sport associations during this ongoing pandemic? The enclosed bubble route that the NHL and NBA paved? A modified bubble environment, like the MLB? Continuing travel to games, like the NFL? We just don’t know because of how fluid the situation is and the what ifs that exist in the coming months.

It’s important for Biden to make sure he keeps his word by providing a clear plan of attack against the virus when he enters office in January. That includes the remarks his campaign made about more reliable and regular testing, so teams know what players have actually tested positive. That way, they won’t have a situation like the MLB had with Dodgers third baseman Justin Turner, when he was pulled out of a World Series game after testing positive.

Either way, hopefully the NFL, NBA, MLB, and NHL will figure out the best plan that not only keeps games going and seasons alive, but also protect the health of players, coaches, and fans.