The Other American Epidemic: Gun Violence 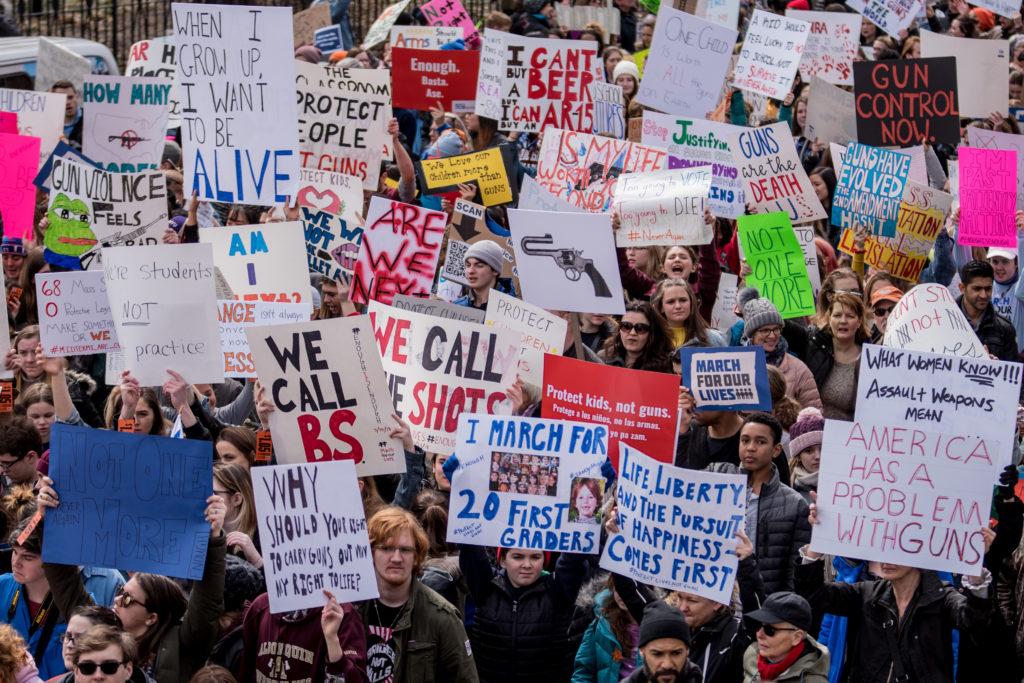 Since the pandemic began, the U.S. has shifted much of its attention to improving public health. Despite this, an epidemic separate from the coronavirus has been plaguing the country for years prior—the gun violence crisis.

This is unacceptable. Mass shootings have become so frequent, they’re hardly considered front page news among the many crises that pop up daily in the U.S. Some mass shootings remain unforgettable to the broader public because of the number of people killed—like Columbine, Newtown or Parkland. However, there are so many others that never receive the same level of attention. This month, on April 7, on Rock Hill, S.C. a  former N.F.L. player shot and killed a doctor, the doctor’s wife and their two grandchildren inside their house, as well as two air-conditioning technicians who were working outside the home.

‘Thoughts and prayers’ from politicians have never worked, and it’s long past time we accept these responses to mass shootings from our representatives. If we want to see the deaths by gun violence decrease in the U.S., we must call on our local representatives to enact gun control legislation.

High rates of gun violence is, in most cases, a uniquely American problem. Although the gun death rate in the U.S. is much higher than in most other nations, it is still far below the rates in several Latin American nations. U.S. gun death rate was 10.6 per 100,000 people in 2016, which is far higher than in countries such as Canada (2.1 per 100,000) and Australia (1.0), as well as some European nations. Over 14,000 people in the U.S. died by gun violence in 2017, while around only 1,000 Europeans faced the same fate. What is unique is that 83 percent of these murders are from legally obtained firearms, meaning they are preventable.

Even with the pandemic forcing most of us to limit our social interactions, mass shootings jumped by 47 percent in 2020, according to USA Today. The USA Today analysis of Gun Violence Archive statistics from 2020 stated that “In 2020, the United States reported 611 mass shooting events that resulted in 513 deaths and 2,543 injuries. In 2019, there were 417 mass shootings with 465 deaths and 1,707 injured.“

Many gun violence deaths are a result of legally purchased firearms. Nearly 40 million guns were purchased legally in 2020 and another 4.1 million bought in January. According to USA Today, U.S. gun sales in January surged 60 percent, and the FBI found there was a 40 percent increase in background checks for gun purchases in 2020 as compared to 2019.

The time to act is now. With more and more people being vaccinated, summer rapidly approaching, and businesses expected to reopen in coming weeks, we need to remind our public offices that the gun epidemic is still an issue, and is bound to worsen without intervention. With the excess of gun violence in the past year, this paints a concerning image of what gun violence in summer of 2021 could look like.

The Biden Administration has already issued a recent initiative to address gun violence following the publicized shootings in Atlanta and Boulder. According to the statement, President Biden is committed to reducing all forms of gun-related violence and has plans to enforce tighter firearm regulations, including new legislation that will bar “people in crisis from accessing firearms if they present a danger to themselves or others.” Many of these proposed restrictions are on a state-by-state basis, which is a great start. However, if we want to prevent as many deaths as possible, more federal laws should be imposed that keep people from having such free access to guns on a federal level, instead of leaving decisions up to the states.

Gun violence should be addressed as swiftly, just like the COVID-19 pandemic. Doing nothing does not solve the problem, and more people are dying every day because of this lack of concern. Only in the U.S. do we throw our hands up at gun deaths and call it unavoidable. Yet many other prominent countries, like New Zealand and the UK to name a few, seem to have no problem imposing restrictions to mitigate gun violence.

Clearly, gun violence cannot be solved overnight. This crisis may seem insurmountable, but that is just more reason for government officials to make gun control a priority. We deserve to live in a country where we don’t fear for our lives while going to class, watching a movie in theatres, or attending a concert. Pressure on the local government must be unrelenting if we want to see this decades-long issue addressed. Gun violence is so common in the U.S. that shootings are no longer shocking; they are expected—and it’s getting out of hand.