The stigma of moving on from non-monogamous relationships 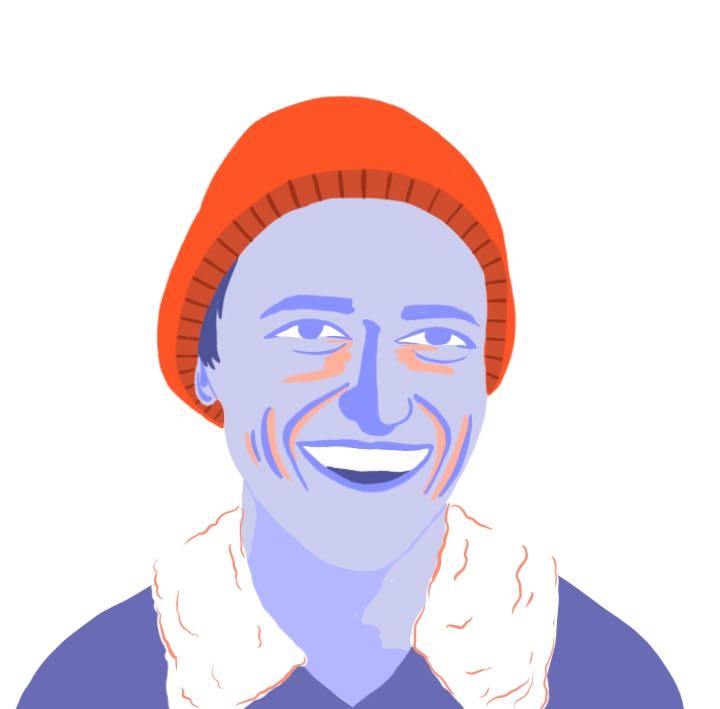 A few weeks ago, I received a text from a friend.

“My man you know I love you,” she began. “But you just got out of a serious long term long-distance relationship. I know you are infatuated with this girl but I personally think the best thing for you might be to give yourself some time to be alone and fuck around.”

She was right, at least about the timeline. Last month, I broke up with my partner of three-and-a-half years. We had been together since my senior year of high school. Not even a month later I hopped into a new relationship. When people around me started to question whether this was healthy, I started to question it myself.

In psychologist Paulette Kouffman Sherman’s Dating From The Inside Out, she writes that personal grace periods—the amount of time a person takes after a breakup before getting into a new relationship—can vary, but said most people need at least a month or two to process the breakup and to regain independence.

According to Sherman, the stages of grief must pass before a person is ready for a new relationship. They should focus on getting back to work, reengaging with their hobbies and friends, and feeling confident again.

“This way, you will feel whole and in high self-esteem before you go back into the next relationship and won’t just be trying to fill that hole,” Sherman said.

In my case, there’s one problem with that—my last partner and I were non-monogamous.

When I decided to transfer to Emerson last fall, my partner and I decided to be in an open relationship. We both valued physical intimacy and since we wouldn’t be seeing each other very often, we decided to open things up. No emotions. Strictly sex. We drafted some ground rules and had an open line of communication between us the entire year while we were open. It also allowed me to explore my sexuality, since I am bisexual but had never explored same-sex partners.

For a lot of people who get out of long-term monogamous relationships, it can feel like there’s a void or a pit of some sort left in their heart. But, for me, that pit didn’t really exist. During our relationship, I was always able to see other people, go on dates, and have people in my bed. It’s not like any of those things were going away after the breakup. I felt supported by my friends and my other partners, so there wasn’t as much of a void. I was already seeing people who listened to me, who knew my stories, who supported my work. My partner complemented my life—she didn’t rule it.

I’m not the only one that feels this way. According to a 2016 study by the Journal of Sex & Marital Therapy, about 20 percent of all single U.S. adults have engaged in some sort of ethical or consensual non-monogamy at some point in their lives. The respondents weren’t just young, city-dwelling liberals, either. The same study found that age, education level, income, religion, region of the country, political affiliation, and race did not impact the likelihood or willingness for people to engage in non-monogamy.

Being in an open relationship made me realize that I’m not cut out for monogamy. I’ve always dated around and I’ve never felt the desire to be with one person exclusively.

In The Polyamory Break-up Book: Causes, Prevention, and Survival, author Kathy Labriola writes that breakups, whether non-monogamous or polyamorous, (a type of emotional as well as physical non-monogamy with more than one partner) can be tricky, because there’s usually more than one person’s feelings involved. Labriola says that while a person might be emotionally distraught after the end of a serious relationship, they still need to be caring for their remaining relationships if they want them to continue.

November was a tumultuous month for me in that regard. During Thanksgiving break, I broke up with my main partner. This left the person I had started seeing more recently in a weird position. I now had to deal with being newly “single” while also attempting to be mentally present and emotionally intimate with someone fairly new to me.

I came back to Boston ready to have flings and be chaotically single in a city that makes me feel chaotic in the most beautiful way. I wanted to feel like I didn’t have any rules, any bounds, and that I didn’t have to tell anyone anything.

But, all of a sudden my relationship with the person I had just started seeing in November got more serious. She was over so often that she had a toothbrush at my apartment. And I fell for her, hard. It wasn’t anything like the feelings I had for my former partner. It happened in a completely new and different way. I went from not wanting to date anyone to wanting to date her specifically in less than a month. But, I don’t want to change who I am. I don’t want to be monogamous.

Towards the end of the semester, we started officially dating. Just over a month after breaking up with my former partner, I’m back in a non-monogamous relationship with a new main partner. I still love going on dates, kissing cute boys in bars, and flirting with people on Tinder. Nothing about that has changed, just my main partner has.

Personal grace periods after relationships can be helpful for some people. People need time to figure out who they are and what they want if they aren’t in a relationship. But getting into a new relationship faster than other people should not be shamed, especially by people who don’t know the context.