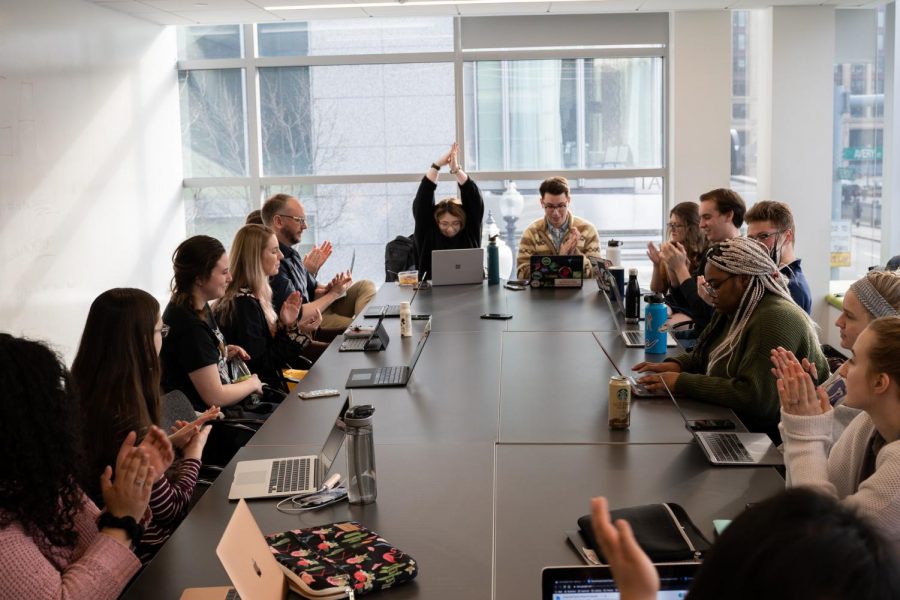 The Student Government Association approved a series of new bylaws in a wide-ranging meeting where they added new members to the organization’s academic senate and approved an appeal.

The bylaws, which serve as SGA’s rules of operation, formalize many of the changes made to the organization as a result of their passage of a new constitution and the impact of the pandemic. In the bylaws, Student Assembly meetings were shifted to every other week—despite the constitution dictating they are to meet weekly—and approval for all organization reimbursement and purchase requests was delegated to two student employees. Those requests were previously approved by the executive treasurer—a position that sits empty for the first time in two decades this semester.

The organization also approved an appeal from Undergraduate Students for Publishing, also known as Pub Club—an organization on campus that focuses on educating students about careers in the publishing industry.

Undergraduate Students for Publishing appealed for $900 in total—$500 of which will go towards printing Generic Magazine, and the rest will go to senior student cords, promotional materials, transportation costs and delivery of Generic Magazine from the Harvard Book Store.

Executive President Lindsay Debrosse spoke highly of the new appointees, saying she is excited by the energy they will bring to SGA.

“Overall, I’m just excited to see what their ideas are,” Debrosse said. “I am very much excited about what we have going on. I think this is a great breath of fresh air, new members who have new ideas. ”