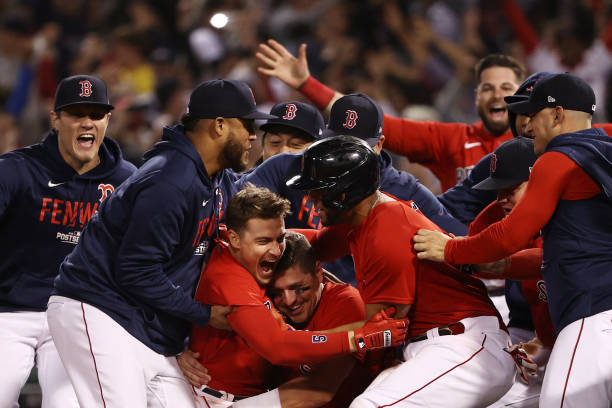 Just a few days ago, I was singing “Dirty Water” by The Standells in a crowd of over 30,000 people at Fenway Park celebrating the Boston Red Sox walking off in game three of the American League Division Series.

Now the Red Sox look toward the American League Championship Series against the Houston Astros for a rematch of the 2018 series—a series which the Sox won in five games en route to the franchise’s ninth World Series championship.

The Sox topped the Tampa Bay Rays in four games as I predicted last week, but that’s not to say the series went as I presumed it would play game by game. Fenway did make the difference as both games won in Boston were walk-offs and the electric atmosphere was praised by the team. As someone who was a part of the crowd, I can confirm we were loud.

A couple of key performances helped Boston overcome the 100-win American League East Divisional Champions but it seems a lot of other events went their way. For example, Kevin Kiermaier’s ground-rule double in the top of the 13th inning of game three, which was sent out of play after hitting outfielder Hunter Renfroe kept the ballgame tied in the top of the 13th inning. The Sox eventually won in the bottom of the inning on a two-run home run from catcher Christian Vazquez.

Pitchers Nathan Eovaldi, Nick Pivetta, and Tanner Houck also aided the Red Sox weak pitching staff get through the Rays. However, I worry that they won’t be enough to stop the Astros from tacking on runs—an offense that scored 29 runs in four games against the White Sox—who had the fifth-best team ERA in the regular season, according to Covers.

The main point I am making is that these sort of magical moments will not hold up against a team as good as the Houston Astros, who are returning to the ALCS for the fifth straight year.

With Justin Verlander, Charlie Morton, and Gerrit Cole all off the team, one would expect the Astros pitching staff to be weak, but the Sox offense has struggled to put up numbers against the Astros this year. Houston starters Framber Valdez, Jose Urquidy, and Luis Garcia held Boston to just four runs over 27 innings pitched but that was all the way back in June—before the team acquired Schwarber.

The Red Sox have also transformed their team as only nine current players on the active roster were with the team in 2018.

Boston is seen as the underdog, but despite everything that has been said so far, I like their chances. Pitchers Eovaldi, Ryan Brasier, and Matt Barnes all had success in 2018 and two of those guys are finding their stride right now after strong series against Tampa Bay. Astros starter Lance McCullers Jr. is questionable to pitch in the series after being pulled in game four of the ALDS with forearm tightness—a major blow to Houston’s pitching staff.

The Sox are riding a hot streak currently and haven’t dropped a home game this postseason. The 2021 Red Sox have been proving naysayers wrong all season and there is no reason to doubt them now. This situation is no different than being the underdogs in the Wild Card game and the ALDS. Do I believe this will be easy? Heck no! But I assure you they aren’t going to go down without fighting for the 2021 AL Pennant.

While Boston will most likely have Chris Sale on the mound in game one—due to the fact that he hasn’t pitched in seven days—I would prefer to have Eovaldi out there on his normal every five-day routine. Whether it’s game one or game two, Sale and Eovaldi will pitch in Houston, and I think the Sox are going to take one of them.

Young arms Urquidy, Valdez, and Garcia have a decent record against the Sox in their careers but I think they will crumble in Fenway as the pressure grows—Valdez and Garcia had tough starts against the White Sox. I don’t think Houston’s pitching is as good as it was in the regular season, but their offense could carry them over that line.

The series is going to be an absolute slugfest which should be entertaining to baseball casuals. Still, the Red Sox will win the ALCS in Houston on game six to send them back to the World Series.