Theater workers look ahead to future without Colonial 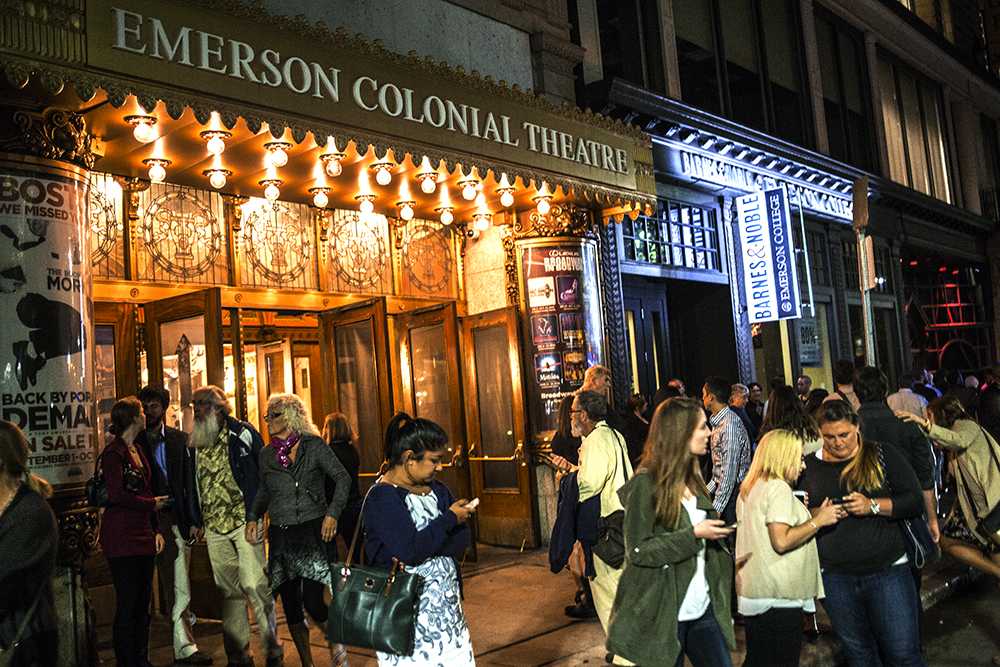 Mark McLaughlin has been working as a stagehand at Emerson’s Colonial Theatre since he was 15. The 47-year-old works in the Colonial ‘fly room,’ a small space about 30 feet above the stage filled with ropes and counterweights used to change scenery during performances.

Earlier this month, the college announced that the Boylston Street theater would be closing indefinitely in October for reevaluation of the space.

McLaughlin said after 32 years, he is disappointed that he will no longer be working there.

Many of the employees at the Colonial belong to the International Alliance of Theatrical Stage Employees, a union for ushers, stagehands, set designers, technicians and others.

IATSE Boston Local 4, the union office that represents the ushers working at the theater, and the Colonial’s Chief Usher Ellie Hanlon, declined to comment on the closing.

Christopher Welling, the president of the IATSE Local 11, a Boston chapter of the union representing stagehands, said that the union is present in other major theaters in the city, so these workers at the Colonial will be able to find jobs.

“The employees who do backstage work will lose their jobs [at the Colonial], but they will work at other theaters in the area,” Welling said.

Welling said his main concern is that the school keeps the Colonial Theatre a performance space. He said Emerson doesn’t value it, especially since this is the second time the theater has closed since 2011.

“I think it’s strange Emerson won’t say what they’re going to do with [The Colonial],” Welling said. “We’d love to see the president just come out and say ‘Hey, this is what we’re going to do.’”