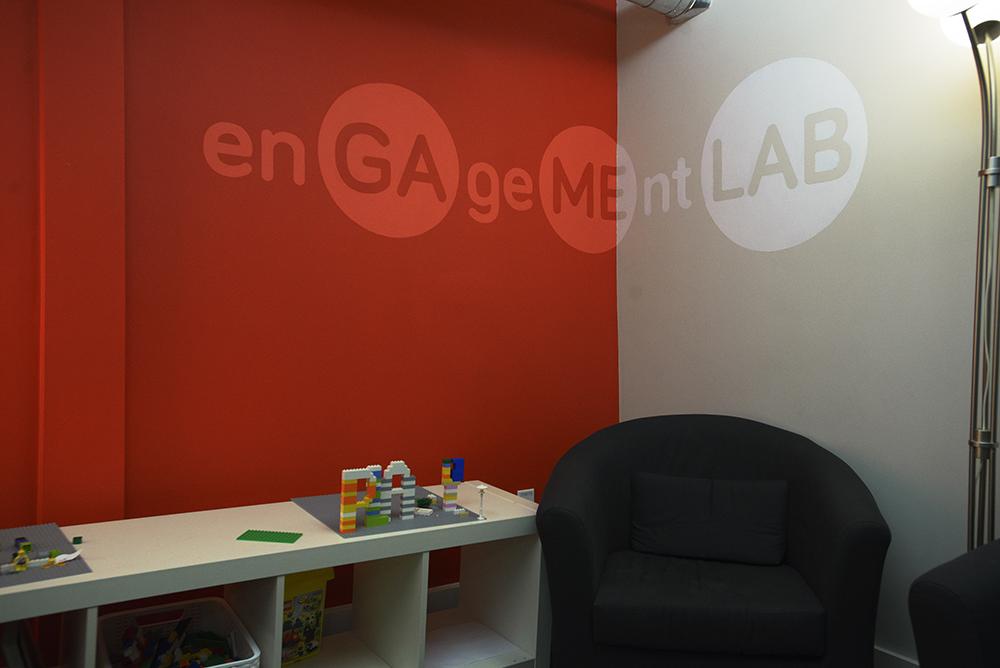 Emerson is $1,000 closer to bringing puppies to finals week, thanks to Emerson UnCommon.

Emerson Uncommon was launched by Emerson’s Engagement Lab on Sept. 22. In the computer game, players respond to short answer prompts and multiple choice questions about the college. After completing a mission by answering all of the questions, the player could pledge the coins they’d won to the campus cause of their choice.

Used in the past for civic planning in Detroit and Philadelphia, and for setting policies for youth employment in Moldova and Bhutan, this is the first time Community PlanIt has been used on a college campus, according to Christina Wilson, the project manager at Emerson’s Engagement Lab.

Wilson said 954 faculty and students signed up for the game, and 563 of them were active players. Users become “active” once they have completed one challenge question, which provides the planners of the game with input.

“We’ve had a staggering active user rate of over 60 percent,” said Wilson. “We attribute this to the unique context of this game, a college campus, where there is an in-built sense of identity that is linked to the community that the game frames.”

Forty-four causes were submitted to the Engagement Lab, and 30 were chosen for the game. Of these 30, three causes won $1000 prizes. The first place went to Therapy Dogs for Finals, proposed by the Iwasaki Library, which will bring friendly canines to help relieve stress in students studying for final exams.

A partnership with the Student Immigration Movement, proposed by the Elma Lewis Center for Civic Engagement, came in second place, and Interactive Online History of Emerson created by the Iwasaki Library, came in third place.  According to the Emerson UnCommon website, the Student Immigration Movement would collaborate with the Elma Lewis Center to teach students how to create campaigns about immigration reform and college access.

The Interactive Online History of Emerson would take the college’s history out of the books and onto the web. The creators of the cause encouraged students to get involved in its creation, according to the website.

“The game will contribute to an ongoing conversation on campus about our strategic priorities, and will help to inform ongoing strategic planning processes,” said Donna Heiland, vice president and special assistant to the president as who was an advocate of the game.

According to an email from the Lab, an event will be held on Nov. 6 during which  top players will be commemorated, winners will be awarded their prizes, and college administrators will announce plans based on the game results.