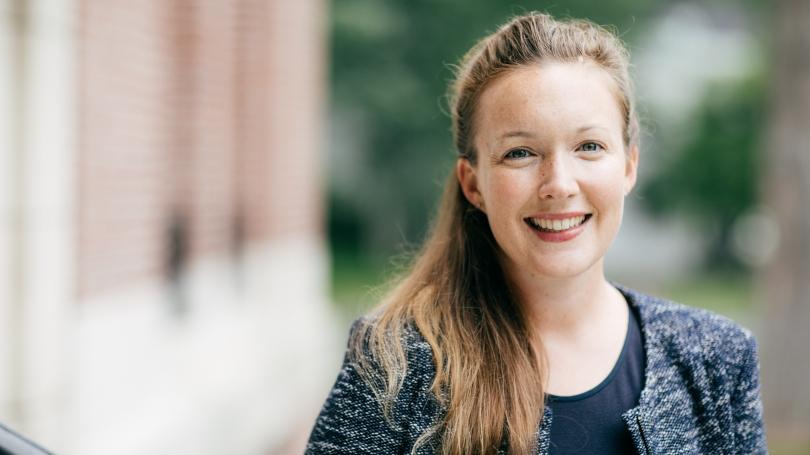 The college narrowed the search for a Deputy Title IX Coordinator down to two candidates who expressed largely similar plans to address federal regulations around sexual assault.

The search committee invited the finalists to campus to present workshops on Title IX regulations and their proposed plans for the Deputy Title IX coordinator position. The first candidate presented Oct. 7 and the second candidate, Allison O’Connell, presented on Oct. 15.

The first candidate requested to remain unnamed because of a fear of retaliation from their current employer.

The college began the search for a new coordinator in January 2018, after former Title IX Investigator Pamela Ring left Emerson to pursue private practice. A third candidate, scheduled to present on Oct. 9, dropped out of the process the day before.

The first candidate outlined their ideas for the Emerson community following potential new federal regulations. These regulations, proposed by Secretary of Education Betsy DeVos, would change the expectations of what colleges need to report. Major changes include narrowing the definition of sexual assault and harassment.

Other changes include abolishing the requirement for colleges to deal with incidents that occur off campus and requiring the Title IX coordinator to file a formal report upon receiving any information or complaints. According to the policy changes, these formal reports would end in a live hearing and cross-examination to determine a verdict. This differs from the current regulations where an investigator looks into the validity of the case.

The first candidate discussed introducing open conversations, finding ways to work alongside the new federal regulations, and creating an environment where students feel comfortable reporting incidents. They also stressed the importance of educating and training faculty members so they can deal with reports and the college can have a support network for students.

Another important issue for the first candidate was informal processes—reporting that doesn’t deal with criminal investigations and legal outcomes. The candidate said they believe a mandatory formal process could limit reporting due to fear of live hearings and a lack of understanding.

Under the new regulations, colleges and universities will no longer be liable for sexual assaults that occur off campus. Previous Beacon reporting shows that a majority of Title IX complaints stem from incidents which occurred off campus.

Vice President for Equity and Social Justice Sylvia Spears said that as of last year, 50 percent of Emerson students lived off campus, and the first candidate said incidents are not limited to campus, but happen everywhere.

“Our message to the community is always—regardless of where something happened, when, or with whom—we care and we can do something to help or support them,” the first candidate said in their presentation.

O’Connell worked as the Assistant District Attorney in Suffolk County from 2013-16 and in Title IX offices for three years at both Dartmouth University and the University of Washington.

Her ideas, similar to the first candidate’s, require the college to edit the current Title IX policies once the new federal regulations come out.

O’Connell said she wants to use a two lane process—one where both the new federal regulations are upheld as well as policies that work within the Emerson community.

“It’s our behavior around our policies and the way that we listen and we react that lets people know we’re listening,” she said.

O’Connell also mentioned providing consistent access to Title IX services on campus for students to report while still respecting the privacy of the victims.

Like the first candidate, O’Connell addressed the on versus off-campus policies that come with the new federal regulations, saying the college can be flexible in what it defines as “off-campus,” allowing students to report or share information about instances that happen away from the college.

Both candidates expressed a similar desire to go beyond government requirements.

“A lot of the conversation around the proposed regulations are talking about a big gap between what [the regulations] are telling us to do versus what we can do,” O’Connell said.