To All the Books I’ve Loved Before: What Happened to Netflix’s Top Teen Franchise 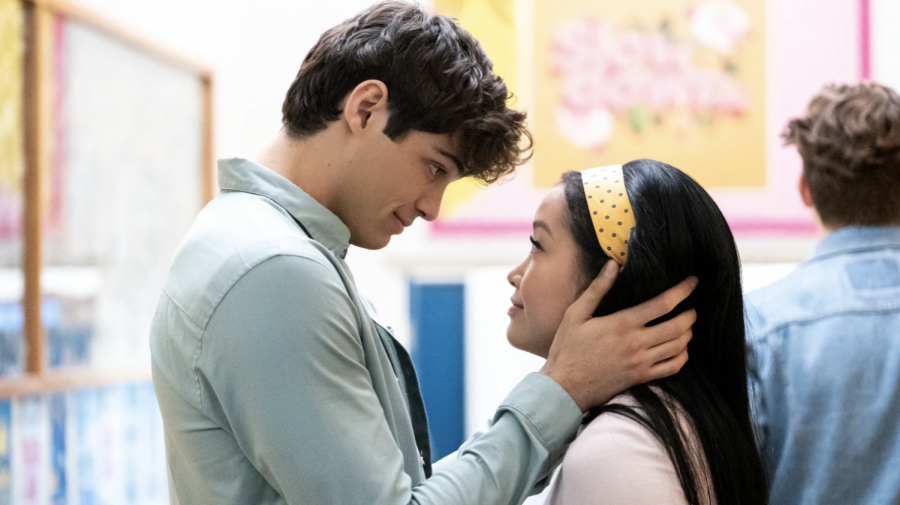 Noah Centineo as Peter and Lana Condor as Lara Jean in "To All the Boys I've Loved Before."

For Valentine’s Day, Netflix gifted its subscribers with the third and final installment of the To All the Boys I’ve Loved Before movie series based on the book trilogy of the same name by Jenny Han.

The movies featured Lana Condor playing the starry-eyed protagonist, Lara Jean Song Covey, and Noah Centineo as the charming love interest, Peter Kavinsky. The highly-anticipated finale, Always and Forever, was released on Feb. 12. It concluded the story of Lara Jean and Peter with the two characters going off to college, their love for each other still intact. While the series ended with what seemed to be happily ever after for Lara Jean and Peter, it wasn’t for me.

When I first read Han’s series To All the Boys I’ve Loved Before in my sophomore year of high school, I fell in love with the story and Jenny Han became my favorite author. She’s also the author of my other favorite young adult romance series, the Burn for Burn trilogy.

As someone who has re-read To All the Boys I’ve Loved Before at least three times, Netflix’s early 2018 announcement to adapt the first book was some of the best news I could have received. My favorite characters were going to be brought to life on screen, and I couldn’t have been more thrilled.

Before the Aug. 17, 2018 release of the first movie, To All the Boys I’ve Loved Before, I was both excited and nervous. I’ve seen highly-anticipated adaptations fail over the years, and I was afraid the same would happen to this series. I was worried that this series would be another Divergent, an adaptation that really let me down. However, after I watched the movie, I let out a sigh of relief. For the first time since the The Hunger Games movies, I was happy with the adaptation of one of my favorite books.

The first movie captured everything I loved about the book and executed it in a visually-pleasing and heart-warming way. The movie replicated Lara Jean’s anxiety about her love letters being sent, as well as her fun and loving dynamic with her sisters. Overall, Condor’s performance as Lara Jean embodied the unique, introverted, hopeless romantic I envisioned her character to be.

P.S. I Still Love You significantly missed the mark, and Always and Forever had many of the same pitfalls as the second adaptation. Lara Jean’s insecurities made her character seem more unlikable than relatable. In the second book, her relationship with Peter is real, and because she’s never been in a relationship before, she was nervous. Throughout the book, she has to work through those anxieties. But in the movie, her desire to be a good girlfriend comes across as borderline whiny and obnoxious.

On the other hand, Centineo’s Peter gives the character too much credit. He’s too perfect and is made to be the victim of Lara Jean’s actions, which is frustrating on its own and goes against the plot of the book. Much to my disappointment, these same inaccurate portrayals of characters continue into the series’ latest release, Always and Forever.

In the last movie, the couple faces an issue that is very serious for many high school seniors across the country: the inevitable separation that comes from going to college. Lara Jean struggles with deciding which school is right for her while also learning to accept the presence of her future stepmother.

These obstacles that Lara Jean faces are meant to make her reflect on who she is and what kind of future she wants, but in the movie, these more serious topics are overshadowed and set to the side. They do this for the sake of cringey and meaningless montages that don’t add anything to her character development or the plot of the film.

It’s hard to deny that the first movie was anything but a success. With a 96 percent on Rotten Tomatoes, To All the Boys I’ve Loved Before sits as number 36 in the top 100 movies currently available on Netflix. This teenage love story has been named one of the best teen romance movies of all time by sites such as Cosmopolitan and Seventeen. This movie was also one of the top three most-rewatched films on Netflix in 2018, along with The Kissing Booth, which came out in May of that year.

After finishing the series, I was left wondering: what went wrong between the first movie and the last two? The first movie was so good, yet the last two felt so disconnected. At first glance, I thought it was because they changed the director between To All the Boys I’ve Loved Before and P.S. I Still Love You.

The first movie was directed by Susan Johnson, whereas the last two were directed by Michael Fimognari. I would definitely argue that you can see the difference between a woman directing these movies versus a man. I say this because of the way the movies shift from an empowered female lead to a whiny female lead and a male lead that could do no wrong. However, I think that the downfall of these movies is more than that.

Michael Fimognari was actually involved in all three movies. He was the director of photography for all the films and Susan Johnson stayed on the franchise as an executive producer. The screenwriter for the first film, Sofia Alvarez, wrote P.S. I Still Love You, and Han, the author of the original books, was also an executive producer for all three films. While the change in directors and screenwriters do play a role, I believe the franchise’s change was mostly caused by different influences surrounding the films’ releases.

The final two installments of the To All the Boys series are a perfect example of how the series fell victim to the stereotypes and tropes set by the newer teen-rom-com genre that has been plaguing Netflix for the past few years.

Following To All the Boys, Netflix released enough films to create a new genre of teen movies. Some of these include Sierra Burgess Is a Loser (also released in 2018), Tall Girl, The Last Summer, and The Perfect Date, which were all released in 2019. Two of those movies also star Centineo. These movies established expectations for teen romance movies to be cliche in the worst way.

I’m not one to look down on silly teen dramas. As a hopeless romantic myself, these types of movies are usually some of my favorites. They are fun to watch and always have a cute swoon-worthy ending. But when it comes to these particular Netflix movies, they’re almost too ridiculous for me to watch at times.

Like the second two To All the Boys films, this new genre is full of unlikable female protagonists, too-good-to-be-true love interests, and tokenized side characters that are often taken for granted.

What started as a unique movie that became a go-to for movie nights quickly turned into a product of Netflix’s capitalization of teenagers and their apparently laughable problems. Not only does this film series blur into the vast ocean of teen dramas, it strays away from the beauty of its original content. The To All the Boys I’ve Loved Before books are still some of my favorite books, but unfortunately, I cannot say the same for the films.